Another homeless court, another set of happily fine-freed customers 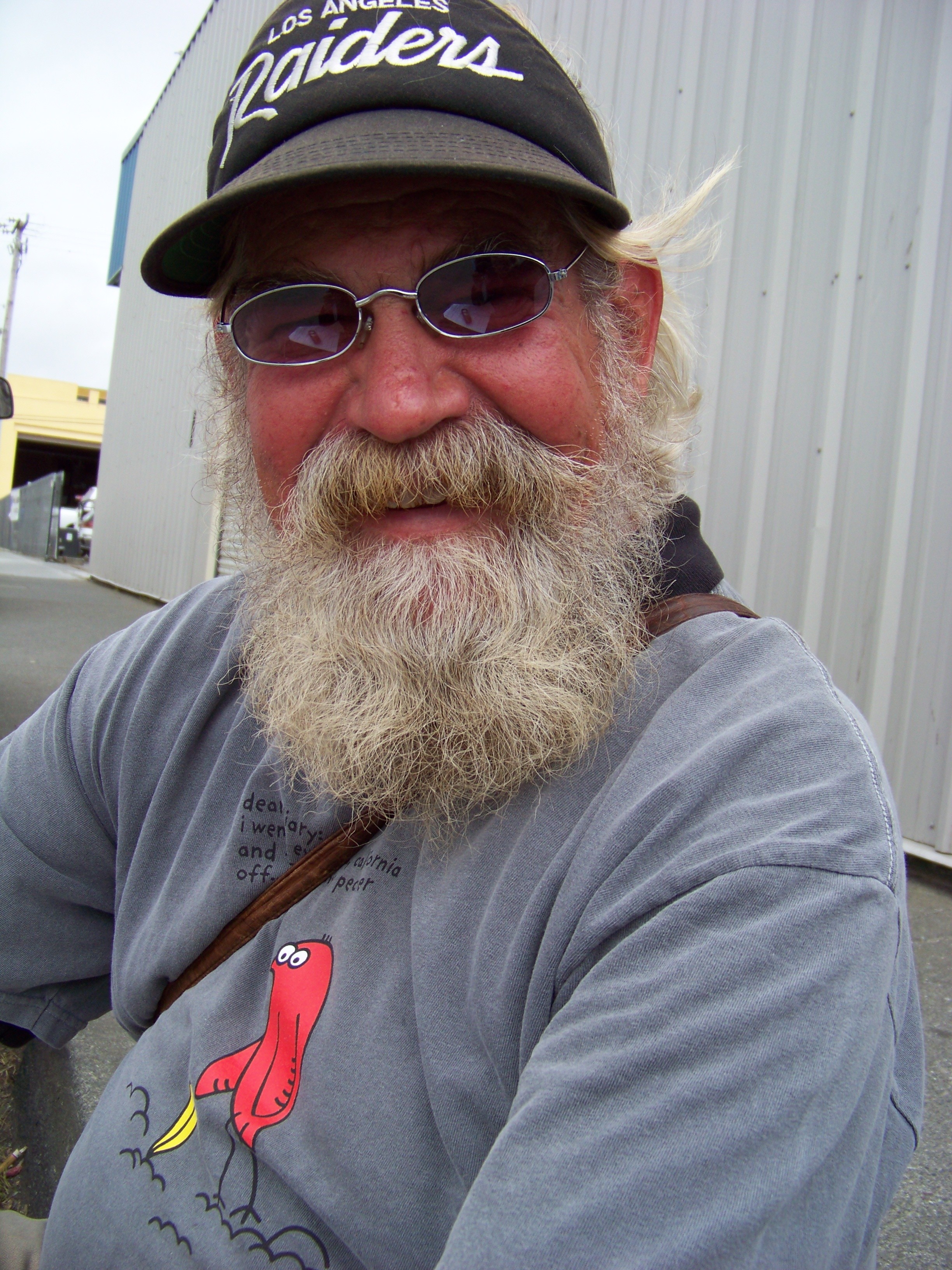 Shortly after lunchtime, an assortment of small-time scofflaws began to gather outside the St. Vincent de Paul dining hall in Eureka. Some were dressed nicely; most were in casual clothes, tidy and clean, and a couple were street-bedraggled. A man and a woman hanging around the open back end of a camper-shelled pickup, parked in front of the hall, stared at the people milling about.

It was indeed: the 53rd Humboldt County homeless court session since the program began four and a half years ago. And it was going to be a doozy, this June 25 session. Forty-five participants -- they'd be called "defendants" up at the courthouse, in a more formal court -- with 200 individual files between them, were on the calendar. Before this, the biggest session had had about 28 people on the schedule and 120 files.

Why so many? Who knows. Maybe there were more homeless people these days -- the economy? Lost jobs? Foreclosures? Or maybe more people had heard about homeless court, in which a person could finally climb out from under that pile of spendy citations that had accumulated -- for nonviolent, minor offenses common to the homeless state, such as illegal camping -- by agreeing to do community service work and, if applicable, maybe attend some AA sessions or something similar. And it didn't matter if you were a dentist down on your luck, an open-air drinker or a recovering meth addict up to your ears in traffic fines because you'd tossed all your tickets out the window. You could square up your obligations in front of a friendly judge in a friendly, low-pressure setting.

At 2 p.m., everyone (except the truck people -- they had crawled into the back of the truck, with their dog, to take a nap) filed inside the hall and took their places. Humboldt County Deputy Sheriff Julia Oliveira, court bailiff, stood, hands clasped behind her back, at the front of the room next to the lectern. At a table to her left sat Humboldt County Deputy Public Defender Heidi Holmquist; to her right sat Deputy District Attorney Arnold Klein and two courtroom clerks, Mylee Taylor and Janice Sousa. The participants sat at several bright yellow folding cafeteria tables.

"I appreciate you all being here," Feeney said, as he pulled on his black robe. Smiling, he apologized for the long session ahead. He asked Susie van Kirk, a volunteer seated among the participants, if anyone had time constraints and needed to go first. Van Kirk keeps track of the court intake files and related duties and, according to Feeney, she is the glue that keeps homeless court together.

They worked through a number of cases, each time the person taking a seat next to Holmquist and chatting quietly with the judge. "How are you doing?" he'd ask. "Where are you living?" "Are you working?" He worked through their files -- one guy alone had nearly 30 citations -- and whittled away the fines and, sometimes, jail time by assigning community service work hours. In some cases, folks were told to return to court for a review in 60 days. In other cases, this was their last session -- unless they got more citations. (According to Feeney, recidivism is fairly low for those who go through homeless court.) Often, Judge Feeney beamed with pleasure as he looked through a person's files.

"Oh, my goodness, this is impressive," he said, glancing up from Aronis Harter's file, which showed she had accumulated $8,000 in fines, mostly for traffic violations, but that she'd put in 112 hours of community service work as well as gone through drug rehab and was nearly a year clean. And, she had a job. "Great stuff." He doled the hours out, wiping away citations, then asked her, "Everything going well for you?"

"Everything is going great," Harter said.

"Thank you for your service," Feeney said, before wiping out some of the tickets and assigning community service work for the rest.

Spencer, too, impressed the judge. He'd done more community service work hours than he'd been assigned at a previous court session, to work off illegal camping tickets as well as one for clogging an Arcata sidewalk during a spontaneous dance session with friends during an arts festival. And he was still doing volunteer work. "We're going to clear out all these files," Feeney told him.

Afterward, outside the dining hall, Spencer said he'd be shocked if he ever had to go to homeless court again. He'd been in a downward spiral since being laid off a couple of years ago from Pelican Bay State Prison, where he said he'd been the chief dental officer since January 2003. Working with the inmates had been fine, he said. But Pelican Bay's dental program had come under the thumb of the federal government, like the rest of the state's prison health system had years earlier. Spencer's salary went up. "But they made all these changes, and it was very stressful for me," he said. "I had to weed out some dentists."

His marriage crumbled, and he started living in motels. "I got really, really depressed with all this going on," he said. He eventually found a drug that worked for the depression, but he said his coworkers claimed it made him manic. Short version: The prison, he said, let him go in 2008. Wrongly, he claimed, and he has that mess yet to untangle.

"At least I have a clean slate now, which is good," he said.