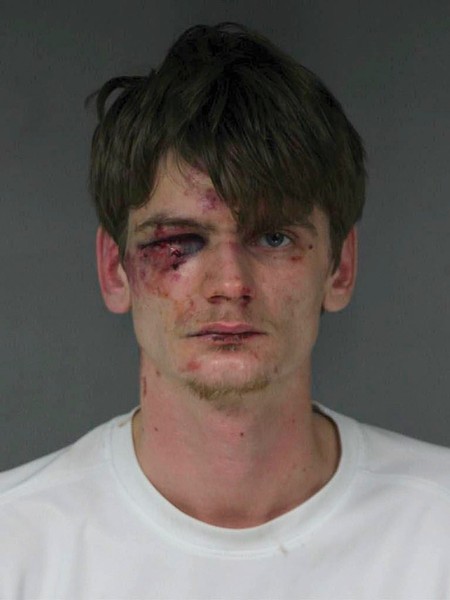 A federal judge has overturned a jury's verdict that found an Arcata detective violated Kyle Zoellner's civil rights when he was arrested and charged with David Josiah Lawson's murder, finding police had probable cause and evidence in the case "establishes a fair probability Mr. Zoellner stabbed Mr. Lawson."

Zoellner, 28, filed a lawsuit in 2018, alleging police violated his civil rights when they arrested him April 14, 2017, at the scene of a house party off Alliance Road where Lawson, a 19-year-old Humboldt State University sophomore, had been fatally stabbed during a fight. Prosecutors alleged Zoellner stabbed Lawson multiple times with a kitchen knife during the last of several altercations that began after Zoellner's girlfriend, Lila Ortega, lost her phone.

In the lawsuit, Zoellner initially alleged police lacked probable cause to arrest him, denied him proper medical attention and defamed his character, though a judge later dismissed all those claims, leaving only an allegation that an Arcata police officer instigated a malicious prosecution by filing a false report. Specifically, Zoellner's attorneys contended that former Arcata Police Department detective Eric Losey maliciously filed a false police report that erroneously stated a witness had identified Zoellner as Lawson's killer in order to get prosecutors to charge Zoellner with murder — a charge that was later dismissed by a local judge who found there wasn't enough evidence to support it. Lawson's killing remains unsolved.

There is no dispute Losey included inaccurate information in his report, falsely stating that a witness — Jason Martinez — had identified Zoellner as the man he saw stab Lawson, when Martinez had simply offered a physical description similar to that of Zoellner. But Losey has insisted the mistake was an honest one, with no malicious intent.

After a trial that spanned more than a week at the federal courthouse in San Francisco and saw a number of city and county officials testify, as well as Zoellner, the jury found that Zoellner had proven three of the four elements needed to support the malicious prosecution allegations. Specifically, the jury found that Losey was actively involved in causing Zoellner's prosecution, that he acted "primarily for a purpose other than that of bringing Kyle Zoellner to justice" and that his conduct was a "substantial factor in causing harm" to Zoellner. Finding that Losey's conduct was "malicious," the jury proposed awarding Zoellner a total of $776,300 in damages.

But that award was contingent on United States District Court Judge Jacqueline Scott Corley deciding the fourth element — whether a reasonable officer with Losey's knowledge at the time would have probable cause to believe Zoellner stabbed Lawson — in Zoellner's favor.

In a 12-page ruling signed Monday, Corley found that the trial record established there was ample reason for an officer in Losey's shoes to believe Zoellner had committed the killing.

"A reasonable officer with Mr. Losey's knowledge would believe there was a fair probability that Mr. Zoellner stabbed Lawson," she wrote.

Corley points to six factors to support her finding that Losey had probable cause. First, she pointed to the consistent account of Parris Wright, a friend of Lawson's who testified he found Lawson and Zoellner fighting, with Lawson holding Zoellner in a headlock from behind, immediately before realizing Lawson was bleeding profusely from multiple deep stab wounds to his chest. Second, she writes, Wright's account was credible, offered within minutes of officers arriving on scene and appeared unexaggerated, as Corley notes Wright could have claimed to have seen the stabbing but did not. Next, Corley notes that Zoellner was the only person at the party who witnesses identified as having fought with Lawson that night.

"Fourth, Mr. Zoellner, and only Mr. Zoellner, was covered in blood," Corley writes. "His clothes were soaked with blood, so much so that it leached through his hoodie to the front of his -shirt. And Mr. Zoellner's blood-soaked clothes were not consistent with his own injuries."

The ruling further notes that the back of Zoellner's pants and sweatshirt were covered in blood, which can't be reasonably explained by Zoellner's contention the blood came from injuries to his nose and face.

Fifth, the judge noted that a kitchen knife — the suspected murder weapon — was found near the scene. The fact that Zoellner worked as a chef and had access to many knives — even having a bag of them in his car that night — coupled with the testimony of multiple officers that it's rare to see a kitchen knife used in a stabbing outside of a residence, provided further probable cause.

Finally, the judge notes, Zoellner had a motive, having been "sucker punched" by Lawson, according to Zoellner's own testimony, and that "no other person with a motive to stab Mr. Lawson was identified."

Corley's order was signed the same day Zoellner's attorney, Elizabeth Zareh, filed a motion seeking more than $40,000 in monetary sanctions in the case, accusing the city of Arcata and its attorneys of lying and deliberately concealing "essential" records.

"There is no justification for their misconduct and it should be sanctioned," Zareh writes. "Defendants sandbagged the plaintiff. ... There has been no shame in lying at depositions and hiding records."

In addition to the motion for sanctions, another of Zoellner's allegations remains to be heard, as it was bifurcated from the other claims in the case. Specifically, Zoellner alleged that an attorney representing the city threatened to have him criminally prosecuted if he moved forward with the civil case. The lawyer has denied making any such threat, saying he was simply advising Zoellner that he'd be deposed under oath if the case moved forward — providing a sworn statement that could then potentially be admissible in a hypothetical criminal prosecution.

A case management conference is set for Nov. 17, at which the parties will discuss how to proceed.

Lawson's mother, Charmaine Lawson, also sued the city of Arcata over its handling of the homicide investigation, alleging the city violated her constitutional rights to equal protection by inadequately investigating the case, with racism and discrimination contributing to what the lawsuit described as the city's "deliberately indifferent" approach to the investigation. The city settled that case last year, admitting no guilt but agreeing to pay $200,000 to the Lawson family, donate $25,000 to a memorial scholarship fund and create a memorial mural.

While reports from the Humboldt County Civil Grand Jury and the National Police Foundation found that APD's investigation into Lawson's killing was flawed from the beginning and included significant missteps, they also found no evidence that racism or bias played a role. The investigation remains open.

APD Chief Brian Ahearn, who took over the department in 2018, has repeatedly said he believes there are "gaps" in the physical evidence in the case that need to be filled by additional witnesses, noting that — more than five years later — detectives still have not been able to interview everyone who attended the party that night.

He urged anyone who was there — even those who may have left hours before the stabbing — to contact APD's tip line at (707) 825-2590 and tell investigators what they saw.

Thadeus Greenson he/him is the Journal's news editor. Reach him at (707) 442-1400, extension 321, or thad@northcoastjournal.com. Follow him on Twitter @thadeusgreenson.