Cowboys and Indians, Fiddlers and Tejanos 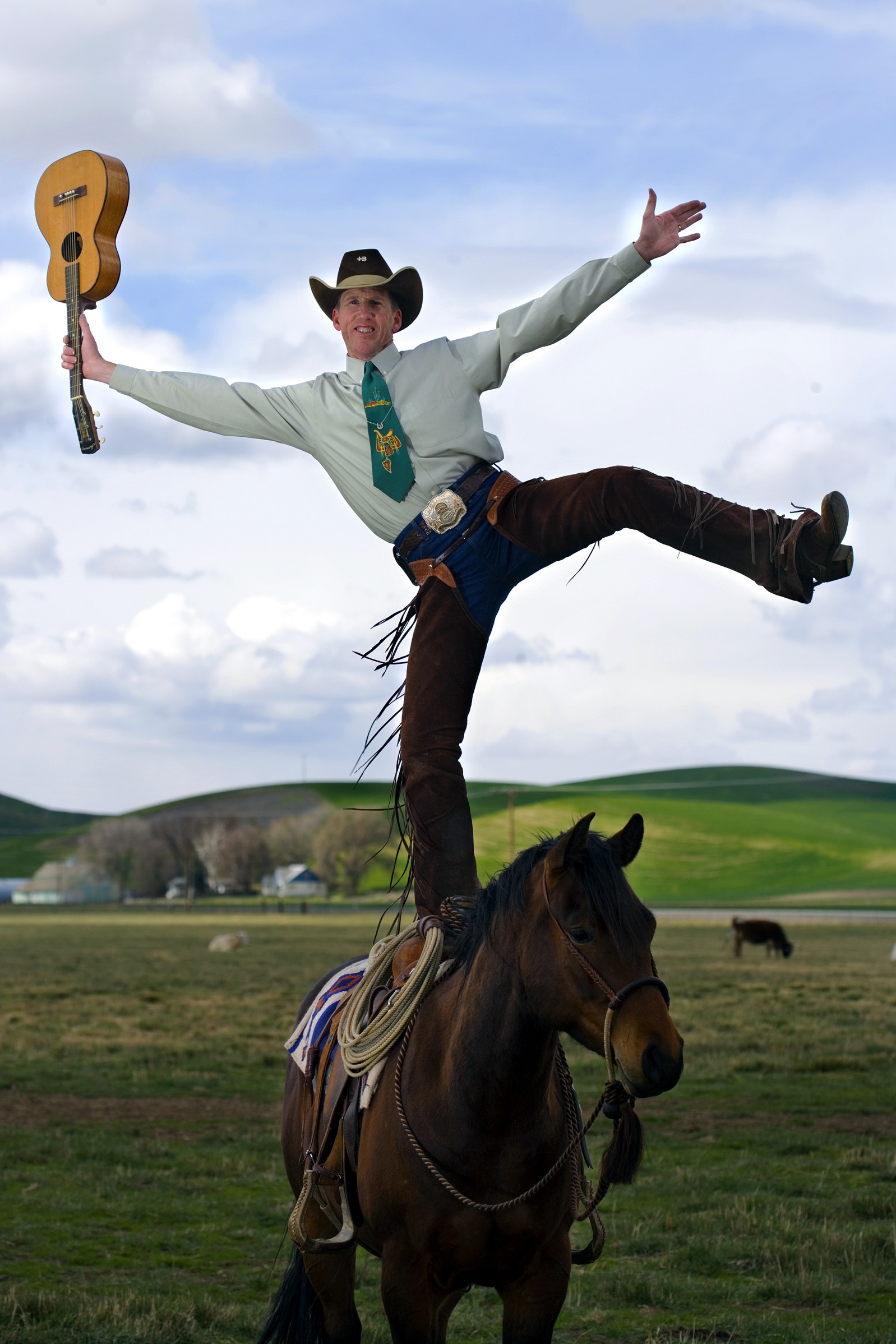 "Oh, give me land, lots of land under starry skies above; don't fence me in.

Let me ride through the wide-open country that I love; don't fence me in.

Let me be by myself in the evenin' breeze,

and listen to the murmur of the cottonwood trees,

send me off forever but I ask you please; don't fence me in."

-- from "Don't Fence Me In," by Cole Porter and Bob Fletcher.

Cole Porter wrote those lyrics back in 1934, borrowing the last four words, which became the song title, from a poem by Bob Fletcher, an engineer who worked for the Department of Highways in Montana's big sky country. Singers ranging from Bing Crosby to David Byrne covered it, and now it gives a title to a National Council for the Traditional Arts package tour, Don't Fence Me In: Songs, Music and Poetry of the American West.

Since the days of Buffalo Bill's Wild West vaudeville shows, Americans have held a fascination with the myth of the frontier: unfenced, wide-open spaces and cowboys and Indians. While there's no horseback riding involved, the NCTA review follows in the tradition.

It includes cowboy poet Paul Zarzyski, who, like Bob Fletcher, is from Montana. Zarzyski is a cowboy, but actually prefers the term "rodeo poet." In fact he has a book of poems titled I Am Not A Cowboy, and explains in a poem why he's not:

because cowboys don't cry and I can't fight back

while watching Cody foal -- no white socks up front,

a blazed face breaking through the giant dew-

yup, it's a filly! Because real cowboys frown

unless it's a horse colt...

Then you have North Bear, a traditional Northern Plains powwow drum group originally from the Wind River Reservation in Wyoming but now based in Montana. Brothers Jermaine and Aloysious Bell founded the group; Lonnie Wise Spirit, Jr. and TyRae Healy are along for the tour, chanting and thumping on frame drums.

Yodeling Wylie Gustafson is yet another Montanan, and a genuine cowboy, a cutting horse rodeo rider with a flashy belt buckle to prove it. He sees a strong connection between the music he plays with his Western swing band, The Wild West, and his vocation: "Most of my songs are born out of the environment where I live and punch cattle," he says. "When I write an upbeat song, I make sure it's a song that a cowboy can dance to. When I write a more lyrical song, I make sure that a real cowboy will be able to relate to it somehow."

Looking south toward our other border, we find another center for cowboy culture: Texas. Sisters Hulda, Sophia and Grace Quebe hail from Fort Worth and specialize in traditional Texas fiddling, the kind you find at the National Old-Time Fiddlers Contest in Weiser, Idaho. (They've all won titles there.) Add in their fiddle teacher, Joey McKenzie, on rhythm guitar, and bassist Drew Phel, stir in some three-part sister harmonizing on vintage western swing, country, jazz and cowboy songs, and you have The Quebe Sisters.

A bit closer to the border we have Los Texmaniacs, a Grammy-winning Tejano (aka Tex-Mex) conjunto (combo) from San Antonio. Max Baca leads on bajo sexton, a 12-string guitar that provides accompaniment for button accordionist David Farias. Bassist Oscar Garcia and drummer Lorenzo Martinez fill out the quartet and help move the sound into the more contemporary realm. Los Texmaniacs took home a "Best Tejano Album" Grammy in 2010 for their most recent disc, Borders y Bailes.

Put it all together and you have one big "Wahoo!" for the American west and cowboy culture.

HSU's CenterArts presents Don't Fence Me In: Songs, Music and Poetry of the American West on Tuesday, Feb. 21, at 8 p.m. in the Kate Buchanan Room. Tickets are $45, $15 for HSU students and are available at the ticket office, 826-3928, or at humboldt.edu/centerarts.