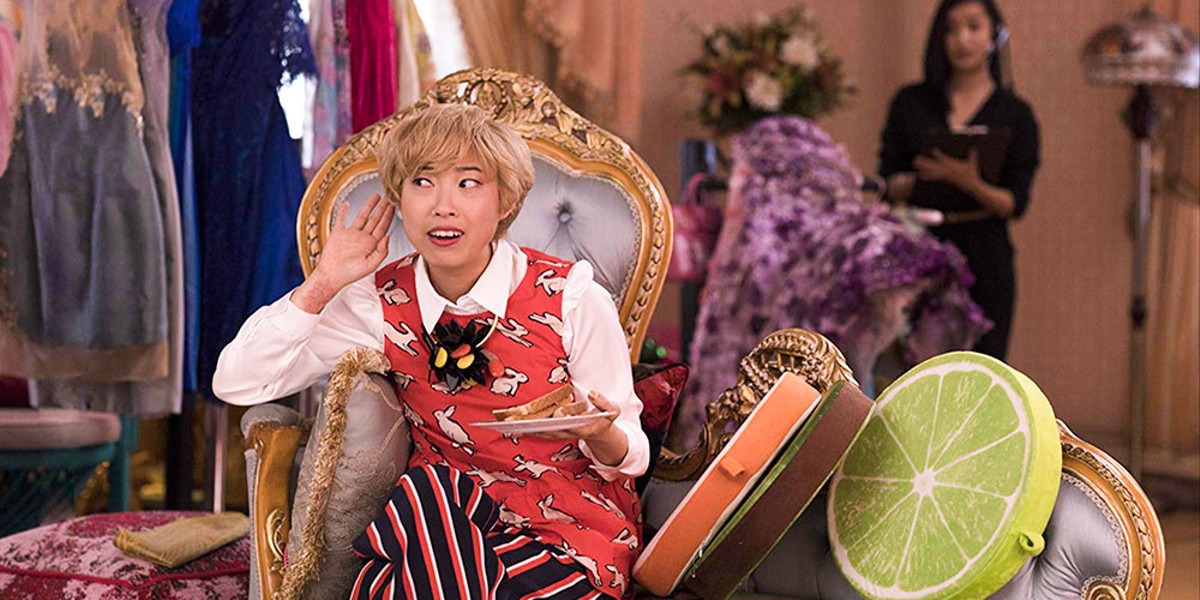 Crazy Rich Asians Waiting on that Cohen testimony like:

CRAZY RICH ASIANS. Director Jon M. Chu's adaptation of Kevin Kwan's bestseller is already a big deal in that it's the first all-Asian cast from a major Hollywood studio since The Joy Luck Club 25 years ago. That it's also raking in cash with a $34 million five-day opening — serious numbers for a rom-com — proves studios embarrassingly wrong in their resistance to casting Asian leads and telling stories centered on Asian-American characters. (What's good, Ghost in the Machine?) And hopefully that will loosen purse strings for more stories from a diverse umbrella community that contains multitudes.

But just as importantly, Crazy Rich Asians is utterly joyful. Instead of cleaving to the Joy Luck model of intergenerational heartbreak or focusing on Asian Americans in relation to white culture and racism, it offers big, gorgeous fantasy of a romantic comedy. It's a decadent visual feast with racks of gowns, food porn (I genuinely regret not smuggling dumplings in my bag) and pretty people with high-class problems. But under those superficial pleasures is a story with heart and generosity. It covers ground we haven't seen before in a major studio production: an Asian American in Asia navigating the cultural chasm that even shared language and traditions can't bridge.

Born of humble means to a single immigrant mother, Rachel Chu (Constance Wu) is a New York University professor of economics who teaches game theory (which she'll need), wears adorable outfits and splits desserts with her Prince Charming history prof boyfriend Nick Young (Henry Golding) from Singapore. Word that he's bringing her home for his best friend's wedding spreads with comic efficiency through the wealthy Chinese expat community — all the way to his disapproving mother, Elanor (the iconic Michelle Yeoh), the formidable woman behind the real estate empire he has neglected to mention to his girlfriend. The cat's partially out of the bag once the young couple boards their luxury flight but it's not until Rachel visits her outrageous fashion-victim friend Peik Lin (the scene-stealing Awkwafina, bringing Queens to Singapore) that she learns Nick's family is the 1 percent of the 1 percent. Cue the fancy makeover montage, embarrassing gaffs at an opulent party and mean girl bullying. Worst of all, there is the stony gaze and brutal judgement of Elanor, who sees Rachel — a selfish American who doesn't understand duty to family — as a threat to her family and calmly informs her, "You will never be enough." (Was she talking to me? Because it felt like she was talking to me.)

Viewed in a vacuum, it's great fun and earns its teary moments with fine performances from its massive cast, especially the relatable Wu and Yeoh, who brings presence and intensity to Elanor. (That Yeoh out-stunted Jackie Chan back in the day is only a layer of her badassery.) Charming as Golding's Nick is, the movie really pivots on Rachel and Elanor's relationship and Rachel coming to know her worth.

But context, particularly for Asian audiences, can't be ignored. Party scenes with Chinese renditions of big band music recall old Hollywood movies from Ziegfeld Follies to Sabrina — like a do-over with Asian characters at center stage rather than off in the wings as flimsy props and foils. Ken Jeong, as Piek Lin's hilariously tacky dad, does a broken English gag that seems to poke at stuttering bucktooth stereotypes. And as salve to the historic lack of Asian men as romantic leads and all those articles about racism on dating apps, I counted four lingering shirtless scenes, including one in which Wu gives Golding a full glasses-lowered once-over with the female gaze, complete with a "hubba-hubba." And hearing Katherine Ho sing Coldplay's "Yellow" in Chinese over a scene of heartbreak is something else, the love song momentarily transforming a word that's always been a slur.

Will every non-Asian person in the audience get every joke, nuance and symbolic moment? No. And that's OK. (Though if you want to understand the meta-game happening in the mahjong scene, I recommend Jeff Yang's obsessive breakdown.) Ask any immigrant or any immigrant's child visiting the old country: You can still love something from the outside. PG13. 120M. BROADWAY, FORTUNA, MILL CREEK.

BLINDSPOTTING. Daveed Diggs stars as a man finishing up probation and trying to keep his nose clean despite the efforts of his loose cannon friend (Rafael Casal). R. 95M. MINOR.

SUMMER OF '84. Teens who suspect their neighbor is a serial killer enjoy the thrill of snooping around until things get scary. R. 105M. MINOR.

ALPHA. Dramatization of an Ice Age hunter who teams up with a wolf to survive. PG13. 96M. BROADWAY.

CHRISTOPHER ROBIN. Pooh gets real with Ewan McGregor as the boy from the books. PG. 104M. BROADWAY, FORTUNA, MILL CREEK.

THE INCREDIBLES 2. This fun, clever and funny sequel is worth the wait, with the returning cast and the right villains for our times. Craig T. Nelson and Holly Hunter. PG. 118m. BROADWAY.

THE MEG. Jason Statham lands a big one with this brisk giant shark movie with better effects and performances than expected. You're gonna need a bigger popcorn. PG13. 113M. BROADWAY, FORTUNA, MILL CREEK.

MILE 22. Mark Wahlberg frowns into more gunsights as he transports a cop who knows too much for the CIA in this Peter Berg action movie. R. 95M. BROADWAY, FORTUNA, MILL CREEK.