Crimes from the Past 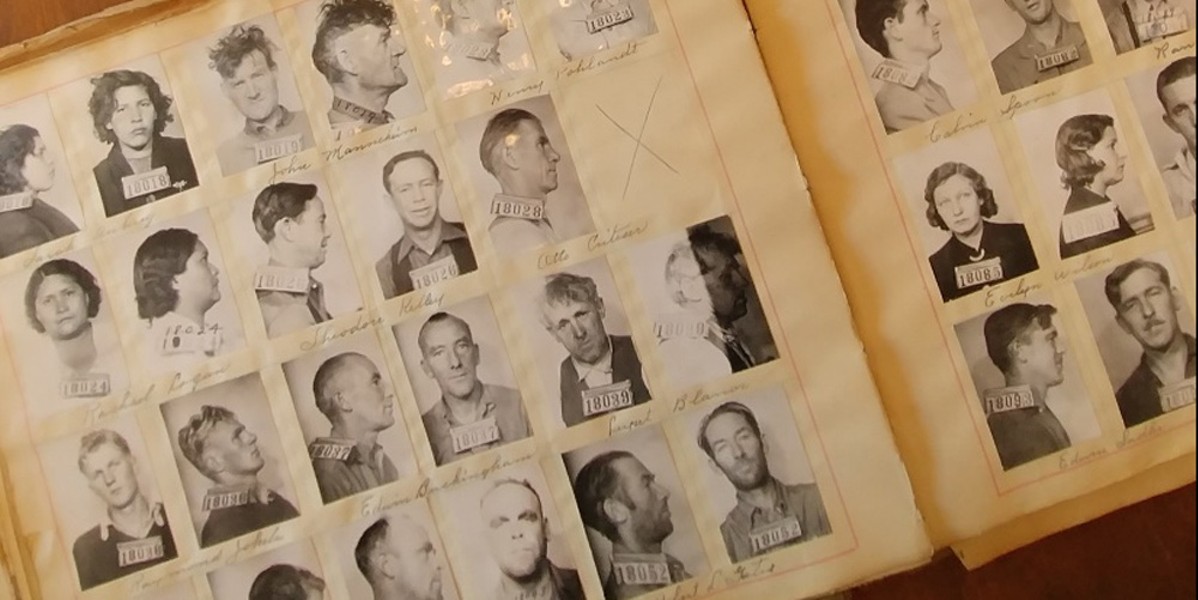 Recorded in the eloquent handwritten script of a bygone era, a set of recently rediscovered ledgers contains more than just a list of the individuals who were led through the doors of the Humboldt County jail starting back in the 1880s.

The seven logs, along with an equal set of mug shot books, also offer a glimpse into an often unseen side of the region's past. Now the Humboldt County Historical Society is ensuring those volumes — covering varying periods from 1888 to 1952 — take on new meaning in the Information Age.

So far, research assistant and project director Morgan Harvey has spent 200 hours transcribing the first three ledgers in the collection — covering 1888 through 1924— by painstakingly digitalizing the entries into a searchable index that can be utilized for generations to come.

Each line in the large tomes — worn with use and age but in remarkably good condition despite being stashed away and all but forgotten for decades — catalogued the gender, race (sometimes listed as native country), occupation, place of residence, crime and sentence of each individual who landed in law enforcement's grasp.

But those seemingly simple denotations provide a wealth of previously untapped data about who was arrested and why during a more than 50-year span, including a time when thousands of immigrants from all over the world were flocking to this last outpost of the West.

Those unique narratives were almost lost, however, had it not been for a series of fortuitous events that placed the ledgers in the hands of Lt. Dean Flint of the Humboldt County Sheriff's Office.

After receiving a call last year from a deputy coroner who was unsure of just what to do with the bound volumes he found sequestered away in a storage area, Flint had them brought over to his office.

What he hadn't expected was how far back the books reached.

Realizing their historic value, the lieutenant did what any seasoned law enforcement officer would do: He sought out expert advice. In this case, Flint reached out to his mother-in-law, who just happens to be a genealogy buff.

"The penmanship was absolutely gorgeous," Flint says. "Nothing was scratched out or whited out or had a line drawn through it. Every F or T or R was identical ... the penmanship was so beautiful and we don't have that anymore. I just thought the books themselves were really beautiful, like a piece of art."

After sending some photos to his mother-in-law, she emailed back a link to the historical society, telling Flint to give them a call, saying she was sure local historians would be interested. She was right.

"It just landed in my lap and I can't take credit for doing the right thing, it was my mother-in-law," Flint says, adding that he's pretty sure she'll be headed over to the historical society to get a first-hand look at the ledgers the next time she's in town. "I knew something needed to be done, I just didn't know what."

When historical society archivist James Garrison came to take a look, Flint says you could "see him just light up" and the two spent a few hours going through volumes, finding hidden gems like listings for Prohibition-era crimes such as having a "blind pig" — basically a hidden bar most likely containing a couple of bottles and some glasses.

With the historical society connection made and Sheriff William Honsal on board, the 14 volumes were soon stacked into a hand dolly to begin the short journey over to the historical society's 1902 Colonial Revival-style headquarters on Eighth Street, joining an already extensive collection that is accessible to the public.

Then the work began.

Slideshow Crimes from the Past 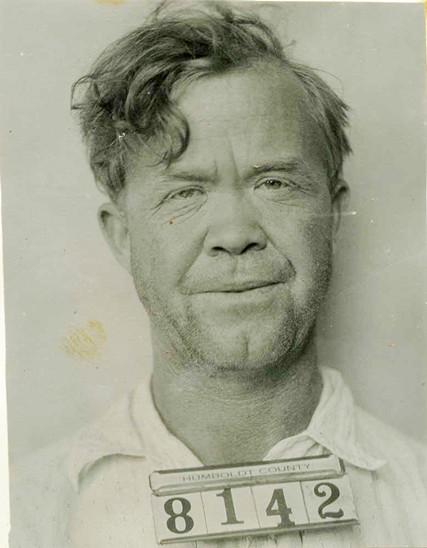 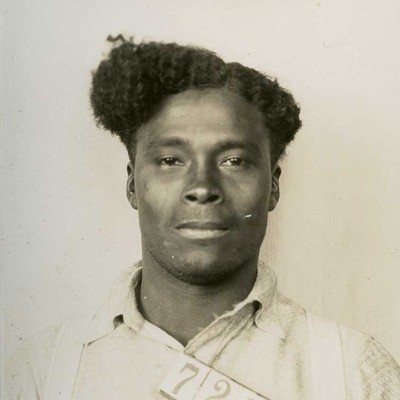 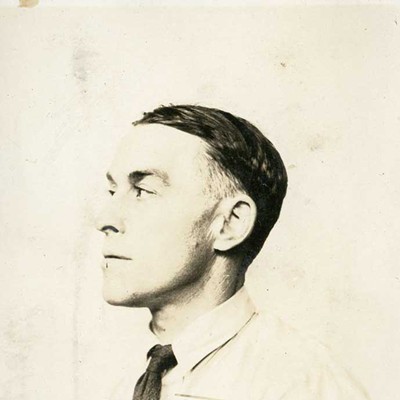 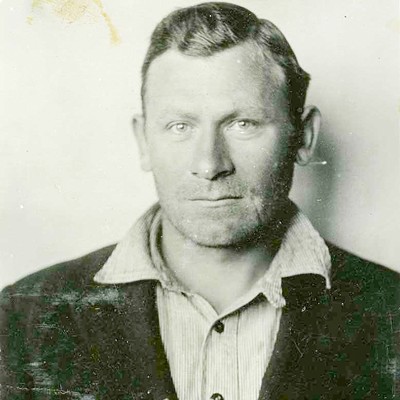 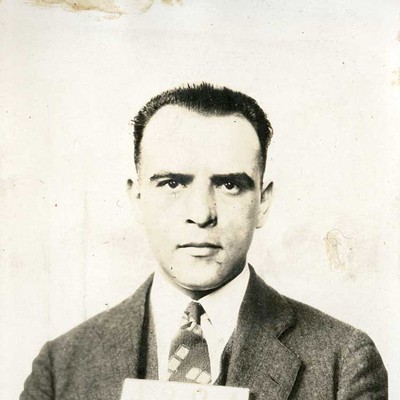 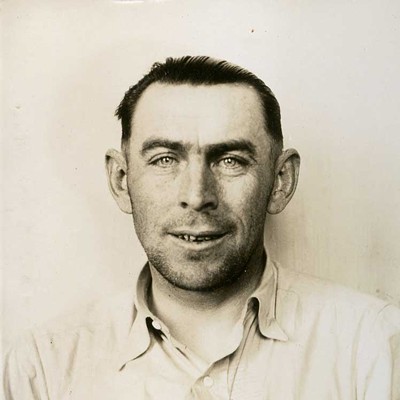 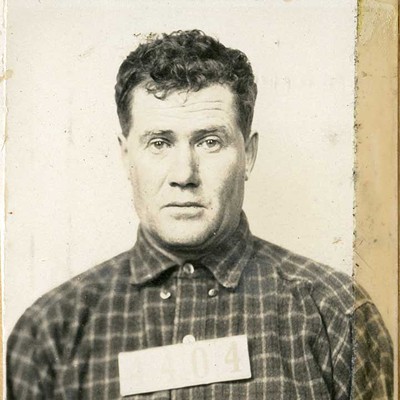 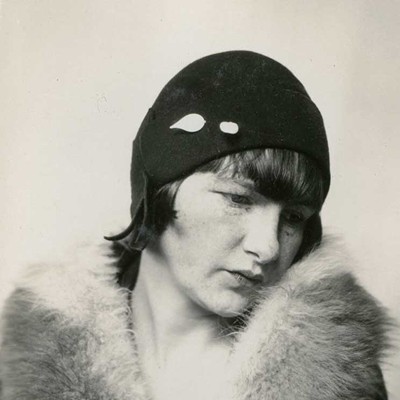 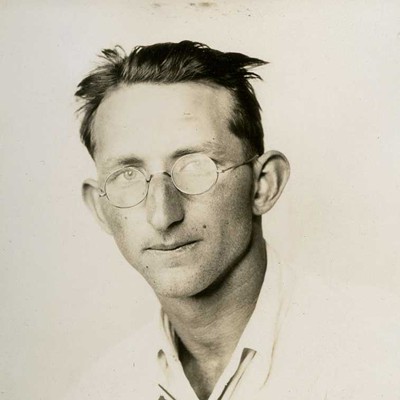 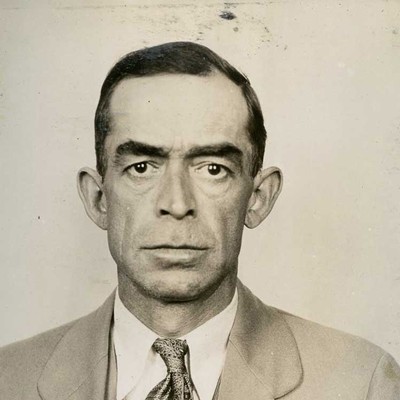 Harvey applied for and received a grant from the Tracy Memorial Trust, a fund of the Humboldt Area Foundation, to set about making the collection into a user-friendly, navigable resource for researchers and members of the public alike.

"I think that our history should be accessible," she says, adding that receiving the grant has been "energizing" for the organization, opening up a new way of thinking about opportunities for forging deeper connections between the community and the society's extensive collection, noting those resources "aren't doing anyone any good if they just live in an archive."

"There are so many questions that can be asked and answered with this data," Harvey says.

Many of the ledgers also correspond to the books of mug shots that contain front and side views of arrestees who have booking numbers pinned to their chests that can be crossmatched across the volumes and to court dockets that contain the transcripts of local trials, which the historical society already had on hand.

The early photographs, which begin around 1926, are "candid moments in someone's life" that likely hadn't been expected — taken at a time when most pictures were posed affairs at picnics and social gatherings or portraits of those wealthy enough to afford the luxury, Harvey says.

In a recent presentation, Harvey gave several examples of how the material can be transformed from banal jail intake information into a larger interpretation of societal norms at the time, including social justice and women's rights, as well as a resource for genealogy research.

Among the historical avenues Harvey was able to traverse with the records was a look at the 171 individuals processed for "alleged insanity" between 1888 to 1913, a charge that became less common after the turn of the 20th century, she notes.

Looking at the sentencing notes, Harvey found those who were deemed insane were sent to the Napa Asylum, which included women who supposedly suffered from the female-specific ailment "hystero-eroto mania" or hysteria.

Hysteria and "unknown" were the two main reasons listed for the women confined between July of 1896 and June of 1897 at the asylum, where they were expected to turn out items like aprons and sheets for patient beds during their stay, according to hospital records Harvey tracked down.

One of the anomalies that Harvey found in the processing records for these women was that the person who brought them to the jail was left conspicuously blank in the logs, unlike other listings, but they were likely brought in by a husband or father. The women also don't appear to have been taken before a judge for due process.

They were simply sent away "for who knows how long," Harvey says.

While no records on specific patients were available, Harvey was able to track one of those women, Clara, through the historical society's collection of mortuary records, which shows she died at the institution of dysentery — an infection spread by contaminated food or drink — in 1893.

She notes that these are the types of doors into the past that these ledgers can open, with "so many applications" possible and "so many stories to be told."

"So much of the historical information we have is about wealthy property-owning men and those aren't the only people who lived here," Harvey says.

And unlike the typical routes for genealogy research tools — like a line in an obituary or a denotation in a baptismal record — these books "just have more color."

At the end of the day, these jail logs and mug shots are another way to "connect history to the community," Harvey says, adding that the historical society is grateful to the sheriff's office for the donation and to HAF for funding to aid in transforming the information into a usable format.

"Anyone who looks at these books can see they are beautiful and unique," Harvey says. "We are lucky that they didn't get thrown away."

Editor's note: This story has been updated to reflect the number of hours spent to date on the project and the years that has been entered so far.