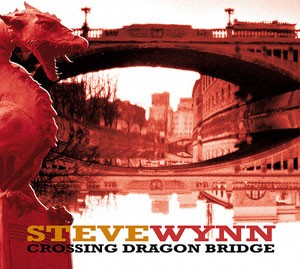 Steve Wynn, singer, songwriter and founder of L.A. band Dream Syndicate, is a journeyman — both literally and figuratively. Musically, since the dissolve of Dream Syndicate, Wynn has taken both a collaborative and solo path, with some of his strongest post-Syndicate work in collaborations. Wynn worked with Green on Red's co-founder Dan Stuart under the "Danny & Dusty" moniker (with a band that included members of The Long Ryders) to produce 1985's Lost Weekend, and with the 1993 "supergroup" Gutterball, again with some Long Ryders and members of The Silos and House of Freaks. More recently Wynn worked with Minus 5 mastermind Scott McCaughey on the excellent Baseball Project.

Wynn's solo work, however, has been uneven. Dazzling Display and Kerosene Man showed promise. But something was lacking. Even with the fine solo work on 2003's Static Transmission, Wynn's self-consciousness has always kept him at bay from his subjects -- a litany of down-and-out characters from the concrete landscape of the greater Los Angeles area. He had never completely shaken the influential shadow of Lou Reed and the Velvet Underground, especially Reed's conversational, deadpan and detached delivery.

That is, until lately. One of the first indicators that fully displayed Wynn's ability to be a bit more "tuneful" in his singing delivery, while sounding sincerely emotional, came with the Baseball Project's touching "Fernando," his Spanish-sung tribute to pitching legend Fernando Valenzuela. It wasn't so much a surprise that it was sung in Spanish. What was surprising was that it had a melody.

Under the premise of collaborating with The Walkabouts' Chris Eckman at Eckman's home studio in Ljubljana, Slovenia, Wynn arrived with a handful of songs, according to Wynn's liner notes. However Eckman, as a producer, wanted him to strip down his sound, leaving Wynn with the bulk of songwriting and performing duties. In three weeks, Wynn came up with a batch of personal, intimate songs that matched this desired spare sound. Minimum additional overdubs of a local women's choir, an eight-piece orchestra from Prague, as well as Eckman and Miracle 3 members Pitmon and Chris Cacavas contribute appropriate color and atmospheric touches.

Later mixed by Tucker Martine, Wynn's new release, Crossing Dragon Bridge, is arguably his finest solo work. From the split "Slovenian Rhapsody" that bookends the album, the dark Eastern European landscape fits in quite well with Wynn's self reflective songwriting. The majestic "Manhattan Faultline" is an unsentimental yet affectionate look at his current home, while "Love Me Anyway" and "When We Talk About Forever" are reminiscent of Nick Cave's current romanticism and execution.

Wynn's journey may have been circuitous, but with Crossing Dragon Bridge he may have finally found his true songwriting voice.