Crossing the Line from Model to Muse 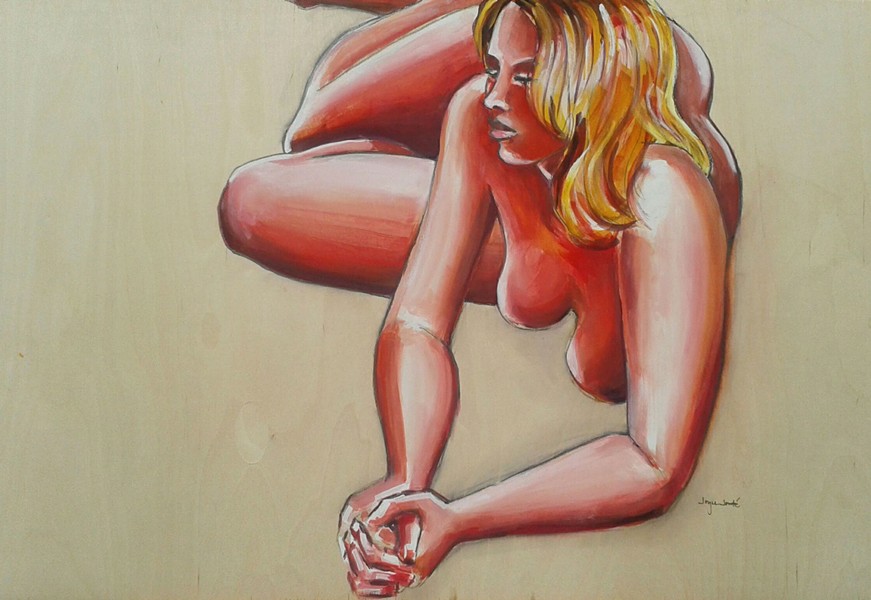 painting by Joyce Jonte In Search of the Truth 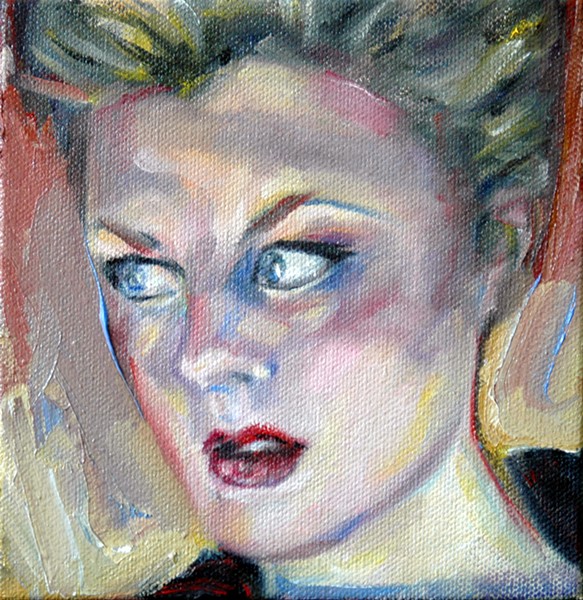 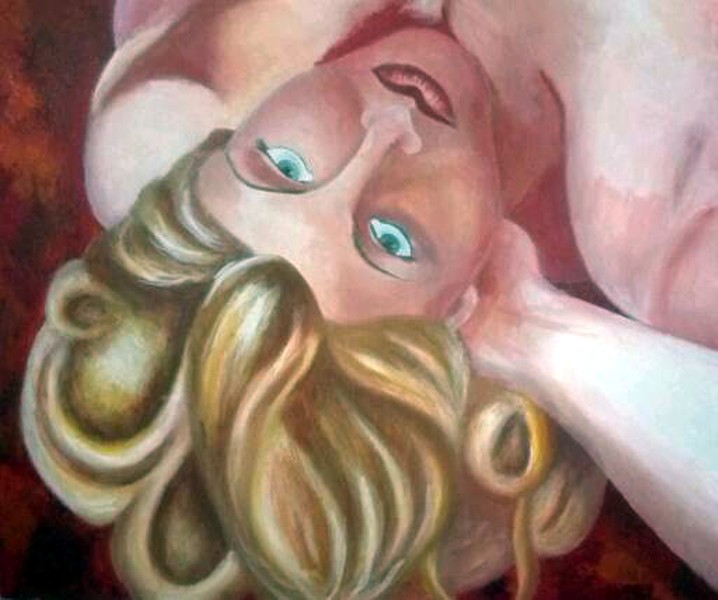 painting by Joyce Jonte Molly in a Swim Suit

Molly Ritter likes being looked at. She is a six-foot-tall, vivacious redhead with a striking figure; it is thoroughly unsurprising that she has become a sought after model. But for the local artists who have been lucky enough to work with her, Ritter is much more than just another pretty face. For many, she has become an important part of their creative process. In honor of this local muse, the C Street Hall Gallery has put together "The Molly Show," an exhibition of drawings and paintings, all of Ritter, by Humboldt County figurative artists.

Local painters Rachel and Stock Schlueter are the co-directors of the 208 C Street Hall Gallery in Eureka. Rachel came up with the idea to put together the exhibition during a conversation with Joyce Jonté, another well-known local painter and Ritter fan. "It was just kind of spontaneous. Molly's birthday is coming up ... and I thought, let's celebrate Molly!" Rachel said. "Not to mention," Stock laughed, "she's our daughter-in-law!" Family connections aside, it is clear from the group of artists in "The Molly Show" that regard for Ritter is far reaching.

There is a great deal more to modeling than walking to the center of the room and disrobing. "It takes amazing stamina and presence and intelligence to be a good model," explained Jonté, who has worked with Ritter extensively. A good model needs to be able to keep things interesting whether the pose is for 20 seconds or 20 minutes. Stock Schlueter likens it to, "acting for a still camera."

The model needs physical stamina to hold difficult poses for long stretches of time.  And, perhaps most importantly,modelshave to participate: They have to want to be part of the process. Ritter's willingness to put her whole self into her poses is part of what makes her such an interesting subject for artists like Jonté. "Molly has everything it takes. She's gorgeous and strong and very involved in her modeling. The work I've been doing with her over the past year has been very exciting," Jonté said.

When a model is standing in front of an artist, the complex give and take between artist and model can have a profound effect on the finished product. Ritter's ability to participate in this subtle exchange has made her a hot commodity for local figure drawing groups and artists. Jonté is very conscious of this interaction with Ritter. "Every artist really responds to the model's energy in a life drawing session," she said. "There's a definite connection -- there's a magic there. Sometimes when I'm drawing her I feel like she's just putting herself onto the paper -- it's almost effortless."

Despite the fact that Ritter is an experienced artist herself, she prefers being part of the creative process from the other side of the canvas. "It's really empowering because you're not just a body, you're a personality too. You're a spirit, and the artist is putting all of that in," Ritter said. "I put so much more into it and they take so much more from me than just the way I look. It's been extremely rewarding."

There is one other key aspect of Ritter's personality that likely has a great deal to do with her enthusiasm and success as a model. "I like being looked at, and I kind of always have," Ritter admitted. "I'm not shy about it. A lot of people get really selfconscious but I'm not. I just take it as a compliment when people look at me."

Ritter is excited about the show and has become comfortable with her role as "muse." She was initially a bit embarrassed at the prospect of an entire exhibition devoted to her until she realized that, in a sense, it really wasn't. "Everybody paints themselves," Ritter said. "It's me, but it's really them."

"The Molly Show" will be up at C Street Hall Gallery (208 C Street in Eureka) from Friday, Nov. 2 (noon to 4 pm) until Tuesday, Nov. 27. It will include work by Joyce Jonté, Frances Kuta, Andrew Daniel, Micki Flatmo, Mira Eagle, Steven VanderMeer, Gail Slaughter, Danielle Hickney, Bob Burroughs, Paul Fabian, Nancy Ensign, Michelle Murphy-Ferguson, Jim McGee, Stock Schlueter and Rachel Schlueter. There will be a reception held at the Hall Gallery on Saturday, Nov. 3, from 6 to 9 pm in conjunction with Arts! Alive. In addition, Ritter's calendar project, "Pissed off Pinups," which she produced with her husband, photographer Tyson Ritter, will be available.