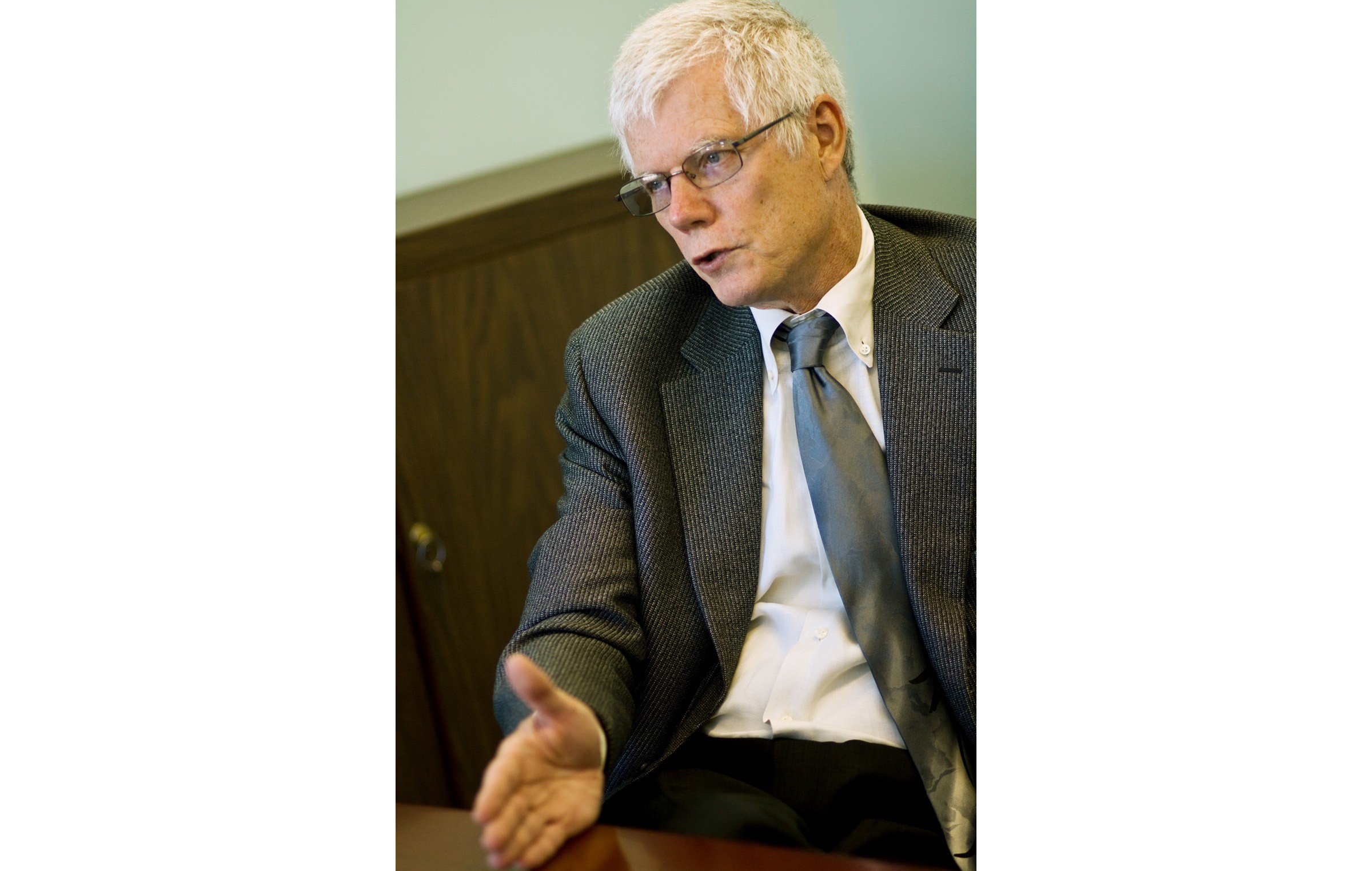 A group of about 50 people -- Humboldt State University administrators, faculty and staffers on various projects -- congregated last Thursday in one of the stadium-seating classrooms in the Natural Resources building. The topic: The possible end of the Sponsored Programs Foundation, a quasi-independent body that administers funds donated to university projects.

In the face of a state mandate, insufficient reserve funds and criticism over record-keeping and oversight, administrators at Humboldt State are seriously exploring the possibility of dissolving the Sponsored Programs Foundation and taking it under its own wings -- moving it "stateside," in the university's jargon.

Whether or not that ends up happening, Sponsored Programs is in serious trouble. A recent executive order from the California State University Chancellor's office took aim not only at HSU's "auxiliary" organizations, such as Sponsored Programs, but at similar arrangements throughout the CSU system. The upshot, in this case: Sponsored Programs must quickly transfer $3 million -- almost three-quarters of its capital -- into special funds directly controlled by the university.

The order seems to have baffled even Humboldt State administration. "I don't know why we have to do this," said HSU Provost Robert Snyder in an interview earlier this week. "But we do."

The Sponsored Programs Foundation is a non-profit, auxiliary entity to the university that administers scholarships, grants and contracts for research and creative endeavors related to university activity. The foundation acts as an umbrella for faculty and campus organizations to acquire grants, and also assists in oversight to make sure money is being allocated in the right way.

The massive loss of capital to university-run accounts could well spell the end of the independent foundation, according to Director Juan Carlos Morales. Sponsored Programs only has $4.2 million cash in total; subtract $3 million from that and it is doubtful that the organization will be able to meet its obligations.

"You have to have a stream of cash flow to be solvent," Morales said.

The current crisis did not completely come out of the blue. A recent CSU audit of the Sponsored Programs Foundation showed gaping holes in the management of funds it controls. Another audit of all auxiliaries throughout the CSU system is being planned for November. Snyder said that the university hopes to have a plan for Sponsored Programs in place by then, although the actual transition to stateside, if it happens, would take a long time.

Part of the current statewide controversy over organizations like Sponsored Programs can be traced to an ongoing battle spearheaded by State Sen. Leland Yee (D-San Francisco) to bring them under the aegis of the California Public Records Act. In addition, several CSU campuses have been caught illegally mingling public funds, received from state government, with private funds, such as those administered by auxiliary organizations.

But the university is also discovering a consequence of actions played out years prior. It used to be that only one foundation existed to handle not only grants and contracts for research and creative projects but also for gifts and the endowment fund. A decision was made in 2004 to split that foundation into two separate entities -- the Advancement Foundation, which administers the endowment fund and gifts by alumni and others, and the Sponsored Programs Foundation, which administers grants and contracts from private donors, governmental agencies and others. This split meant that neither organization had the liquid cash reserves that it did previously.

"I think that was really the start of the problems with the Sponsored Programs Foundation," Snyder said, "because [it] didn't have a big reserve."

At the Thursday gathering, some employees wondered what will happen to the estimated 50 to 60 people that would be shifted stateside if the consolidation were to go forward, and how their previous jobs would reclassify within the university's union structure. The move could seriously affect operating costs for administering programs, since employees would more likely than not be awarded greater benefits or salary.

Any complete elimination of the Sponsored Programs Foundation would require at least a consultation from that organization's board of directors. Nikola Hobbel, a member of the board, said that she and her colleagues have not been consulted yet. She said that the board tentatively plans to discuss the matter at its regular meeting later this month.

Whether the university's president, Rollin Richmond, can dissolve the foundation unilaterally is not known. But unless an alternative is found  -- one that can provide both cash flow and oversight -- Snyder said he doesn't see any other choice but to go ahead with the plan.