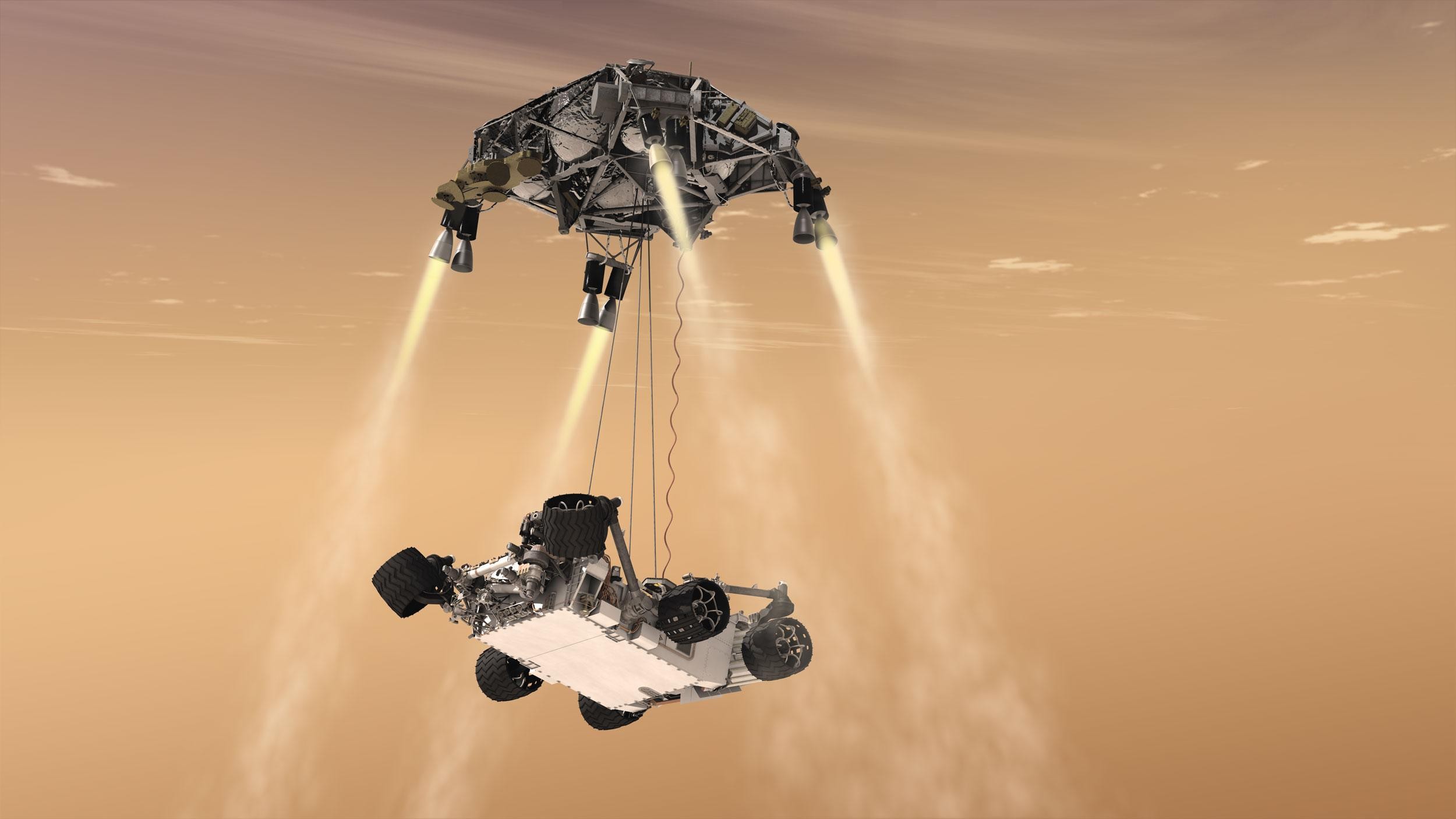 The successful launch of NASA's Mars Science Laboratory Curiosity last Nov. 26 represents a quantum leap in furthering our exploration of the Red Planet. The one-ton rover is about 10 feet long, about the size and weight of a Mini Cooper. That's huge compared with the most recent Mars rovers Spirit's and Opportunity, each of which is about 5 feet long and weighs 400 pounds. More to the point, Curiosity carries 180 pounds of scientific instruments, compared to Spirit and Opportunity's paltry 15 pounds.

Other than size and weight, the most obvious difference between Curiosity and its twin predecessors is that Spirit and Opportunity are blanketed with arrays of solar cells, which at best can generate only 0.6 kilowatt hours of electricity per day. (That's during the Martian summers. Also, as the missions progressed, dust on the cells reduced their output.) Curiosity will benefit from an impressive 2.5 kilowatt hours per day, from heat generated by the natural decay of 32 marshmallow-sized pellets of plutonium dioxide. Unlike solar cells, these will provide power and heat, night and day, whatever the season.

Curiosity will employ a novel, untried landing system upon arrival at Mars this August. Because of its weight and size, the airbag system used by Spirit and Opportunity won't work. Instead, NASA is using a "sky crane" for the final descent. After deceleration during a guided entry through the upper Martian atmosphere, the descent craft will deploy a huge parachute to bring the velocity down to about 300 feet per second (compared to the interplanetary velocity of 350 miles per second). Eight rocket thrusters will control final deceleration as the sky crane lowers the lander, which will be suspended about 25 feet below the descent stage. Immediately after touchdown, explosive cable cutters will free the descent stage (which flies off to a crash landing) leaving Curiosity sitting on the surface ready to go. NASA has a dramatic animation at http://www.jpl.nasa.gov/video/index.cfm?id=979

Despite overblown headlines following the launch, the rover is not designed to look for life. However, one of Curiosity's many instruments is designed to probe the puzzle of methane in Mars' atmosphere, which, perhaps significantly, waxes and wanes with the Martian seasons. One explanation is that the methane comes from the metabolism of microscopic organisms. Within a month of so after landing, Curiosity's Tunable Laser Spectrometer should be able to determine if the gas is geochemical or biological (life!) in origin.

Most investigators believe the chances of finding extant Martian life are remote -- but hope springs eternal. We'll probably only establish for certain whether Mars still harbors, or once harbored, life by bringing back a sample or by putting humans on the planet. If any microorganisms live on Mars today, they're probably hanging out below the surface, safe from harmful radiation. A "life-positive" result from the methane analysis instrument would be fascinating, to say the least. If we subsequently found living Martian organisms, our present blinkered understanding of biology (derived from just the one basic terrestrial type) would change overnight. First, though, Curiosity has to land safely!

Barry Evans (barryevans9@yahoo.com) is still haunted by Ray Bradbury's Martian Chronicles, which he read at the tender age of 12. Barry's Son of Field Notes compilation is available at Eureka Books and Northtown Books.