Is it Hoopa v. Yurok, Hoopa + Yurok or none of our damned business? 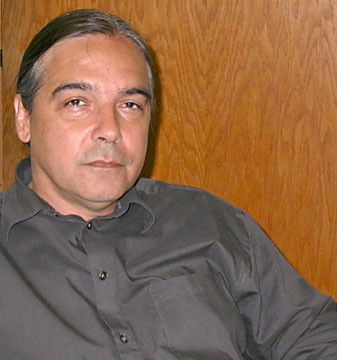 "We're looking for the smoking gun. I think Ross Swimmer had a lot to do with it. I also think there might be a Klamath connection. But that's all pure speculation."

The trouble with you non-Indian people — especially the media — says the Hupa man on the phone who doesn't want to be identified because he's tired — tired — of politics at the moment, is we always want to stir things up between his people — Indians — for our entertainment.

And what we don't seem to get is that the battle between the Hoopa Valley Tribe and the Yurok Tribe over a settlement fund that, since 1988, hung in limbo accruing massive interest until it was awarded last March entirely to the Yurok Tribe, has been a "long and very painful issue for many people on the river." The ire — over land, over money, over ancestral rights — between two tribes whose people intermarry and share tribal ceremonies has infected generations. And it's neither tribe's fault, he says.

That's why he's got nothing to say about the lawsuit his tribe's council just flung at the feds over the fund distribution.

"This is just another sad chapter of how the federal government has let tribal people down," he says. "And the unfortunate part is, I've talked with a lot of non-Indian people who think all California Indians are rich off gaming. But that's not the case for us. Gaming has made very little difference for many tribes, especially in the north. We're not a gaming tribe, we're not wealthy, and we're talking about a lot of people living below the poverty level."

So why get everyone yammering at each other again, up in the Hoopa Valley and down along the Klamath River? It's a large landscape, but "we're like a small town," he says.

"This is one of those really ugly deals that's lingered on so long, the sooner we get this over with the better," he says. "The tribes were a victim as a whole."

Well, point taken. But this makes the story worth telling — not to entertain, but to shed light on an affair that, according to the man's own reasoning, involves us all. Will the Hoopa's lawsuit do any good or just prolong the acrimony? Will the federal government be held accountable? What is the basis of the lawsuit?

On Feb. 1, 2008, the Hoopa Valley Tribe filed suit against the United States in federal claims court claiming multiple breaches of trust and fiduciary duties. The suit seeks $80 million in damages. The tribe filed it right after hearing that the federal government had begun cutting checks for nearly $16,000 to each member of the Yurok Tribe this January. The money was a per capita disbursement of the $90 million in the Hoopa-Yurok Settlement Act Fund. (The lawsuit only asks for the timber-related money in the settlement act fund, $80 million; the remaining $10 million was from other sources.)

The fund was created in 1988 through the Hoopa-Yurok Settlement Act, in which the federal government split the Hoopa and Yurok tribes into two reservations (the government had joined them in 1891) and divided between them profits from timber sales from the Square — the Hoopa Reservation's main land base. If both tribes waived their existing claims against the government, they could have their alloted portions. The Hoopa did so, and began to receive yearly payments from its $34 million share. The Yurok, unhappy that the act excluded it from future revenues from the Square — and with the fact it had gained the smaller-land base reservation with little timber and a compromised fishery — did not. Instead it sued the federal government. After litigation failed, the Yurok entered mediation with the Hoopa, out of which a bill that would have solved the issue was eventually introduced. It died in committee, and the issue lingered on hopes of yet another Congressional resolution. Meanwhile, the Yurok's share of the settlement fund stayed in trust, growing with interest from roughly $37 million to $90 million.

Both sides have vied for the money. In its suit, the Hoopa Valley Tribal Council says the Yurok Tribe surrendered its right to the money when it refused to waive its claims against the government by 1993, the deadline set by the act. (Incidentally, Hoopa's attorney, Tom Schlosser, says the Hoopa's own waiver does not prevent it from filing its lawsuit because the settlement act allows each tribe to enforce the act's provisions.)

Clifford Lyle Marshall, chairman of the Hoopa Valley Tribe, said by phone last Friday that for 13 years the Yurok Tribe's bid for the money has been rejected by the courts and questioned by the Interior Department. Congress, he said, was supposed to solve the affair. But then suddenly, last year, a "high official" — Ross Swimmer, head of the Office of the Special Trustee for American Indians — awarded it all to the Yurok. That decision represents "a 180-degree change of course," says the lawsuit.

The suit also claims that Swimmer did not have the authority to make the decision — only the Secretary of Indian Affairs could do so, according to the American Indian Trust Reform Act.

Marshall wonders what happened. "That's the $90 million question," he said. "That's what we're going to try to find out. We haven't seen correspondence between the Department of the Interior and the Office of the Special Trustee yet. We're looking for the smoking gun. I think Ross Swimmer had a lot to do with it. I also think there might be a Klamath connection. But that's all pure speculation."

Byron Nelson Jr., the Hoopa Tribe's historian, said last week by telephone that he'd heard some strange things, too, about the decision. "It seems to be tied right to the White House," Nelson said. "There was some pretty sleazy stuff going on ... a real bad mix of characters connected with cabinet members ... I just heard these rumors that there was all kinds of deal-making."

On Tuesday, Special Trustee Ross Swimmer sent his comments to the Journal by fax: "It's my belief that the funds were distributed appropriately between the Hoopa and Yurok Tribes," he wrote. "I respect the right of the Hoopa Tribe to disagree." Swimmer added that he was disappointed at the way the Yurok had decided to use the funds. "Distributing the money per capita to tribal members instead of investing for the future of the Tribe, I believe, is unfortunate. However, I understand the Tribe's choice."

Nelson said that, despite what he'd heard about the decision-making, if he were on the council — he's served off and on over the decades, and is running again this year — he'd have voted against filing the lawsuit. It will cost yet more money, he said. He added that he doesn't begrudge the Yuroks' getting the money — both tribes are suffering economically.

"Let's move on," he said. Between the latest money battle and a previous fight over rights to the Square, which have torn at Hoopa-Yurok relations, the tribal communities are worn from bickering, he said. "There's people still alive that are really resentful" of how that old battle played out. "And the Hoopa community is in one of the worst shapes ever — the drug problem, the economy. Since the '60s we've been spending a million dollars a year on litigation. And we only make $4 million a year in timber. It's going to take some rebuilding of relationships. My hope is the Yurok Tribe and Hoopa Tribe, and the Karuk Tribe, will get together on some economic development projects. I think it will happen."

On Tuesday, by phone, Yurok Tribal Chairwoman Maria Tripp seemed indifferent to the Hoopa's lawsuit. "For us, it's winding down," she said. "Our part of it is over. We have other things on the agenda, things we work together on like the fishery. I would say that we did have the right to the fund ... and it couldn't have come at a better time because of the economy."

Some tribal members in the Hoopa Valley say the money decision has caused fistfights to break out in the high school and grumblings to be heard around town about Yurok people driving around in "new Corvettes" and such.

But others seem sick of the ill will and can see both sides. They have to. Serena Masten, for instance, who works at the Lucky Bear Casino as secretary to the CEO, is Hupa and Yurok. She belongs to the Hoopa Valley Tribe. Her fiance is with the Yurok Tribe. Her cousin Leonard Masten Jr., who's on the Hoopa Tribal Council, is married to Sue Masten who was chair of the Yurok Tribe and helped argue for its right to the settlement fund. Her dad was on the Hoopa Council back in 1986, just before the reservations were split. And so on.

Serena Masten said she doesn't think it was fair that the fund was given to the Yurok. "It should've been split 50-50," she said. But then again, she isn't mad that her fiance got his check from the fund. "It's ridiculous to be fighting," she said. "We should be coming together as one. But it's just been ‚ÄòI want more, I want more' on both sides."