Dancing on the Square 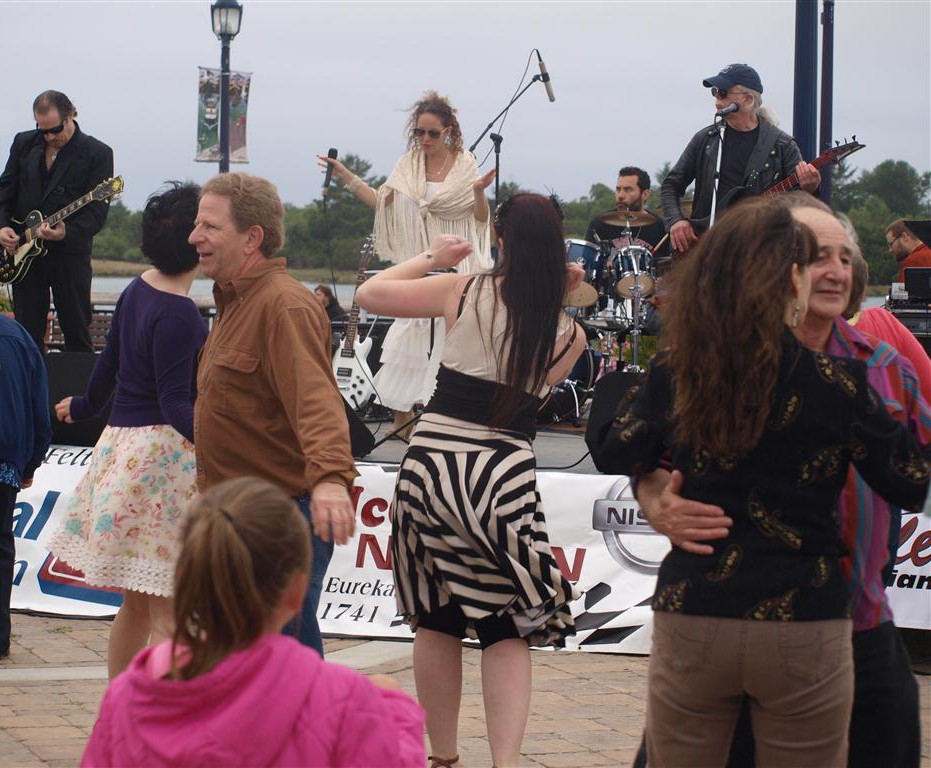 Summer is almost here. It doesn't begin officially until next Tuesday, June 21, but the Eureka Summer Concert Series is already underway. It started last Thursday with one of two local bands on the schedule, St. John and the Sinners (and/or their Fleetwood Mac alter-egos Mirage), who, we're told definitely got folks dancing in the street. Well, not exactly the street, but the new streetlike location at C Street Market Square by the Fisherman's Terminal.

This Thursday, June 16, you can groove to Mendocino-style reggae by Rootstock. The band from Ukiah originally came together at the end of the '70s when a group of back-to-the-landers known as The Flow Creek Brothers gathered to jam on hippie rock classics. Inspired by Bob Marley, they shifted the focus to reggae and in 1983 Rootstock was born. More than a quarter century later they're still exploring down-home reggae roots.

Next Thursday, June 23, it's Key Lime Pie from San Francisco, a tasty funk 'n' soul jamrock sextet "with a Latin twist" playing everything from Motown and Santana to Phish and the Dead.

Then on June 30, the blues kick in with Twice As Good, aka 2XG, a hard rockin' combo fronted by the father/son duo Paul Anthony Steward (the son) and Richard James Steward (dad) from Elem Indian Colony on the shores of Clear Lake.

On July 14, we get another Humboldt band, this one led by local treasure Donna Landry, who sings jazz with her band A Train, but switches to rock and blues for the summer series.

The Neverly Brothers play July 21, offering a "retro-sonic" mix of oldies ranging from '50s rockabilly to the '60s British Invasion.

July 28 it's a side of Chicago blues via Upper Lake with Snake Alley formerly known as Side of Blues.

Then last but not least, on Aug. 11, blues diva Kay Bohler and her band offer a blast of soulful rhythm and blues and give you a little preview of what you'll hear at Blues by the Bay come September. (She's on Saturday's BbtB bill, Sept. 3.)

The Eureka Summer Concert Series runs every Thursday until Aug. 11, presented by Eureka Main Street with help from BiCoastal Media, Coast Central Credit Union and the City of Eureka. Concerts start at 6 p.m. and run until 8 at the C Street Market Square at the foot of C Street. Call Eureka Main Street, 442-9054 for further details.