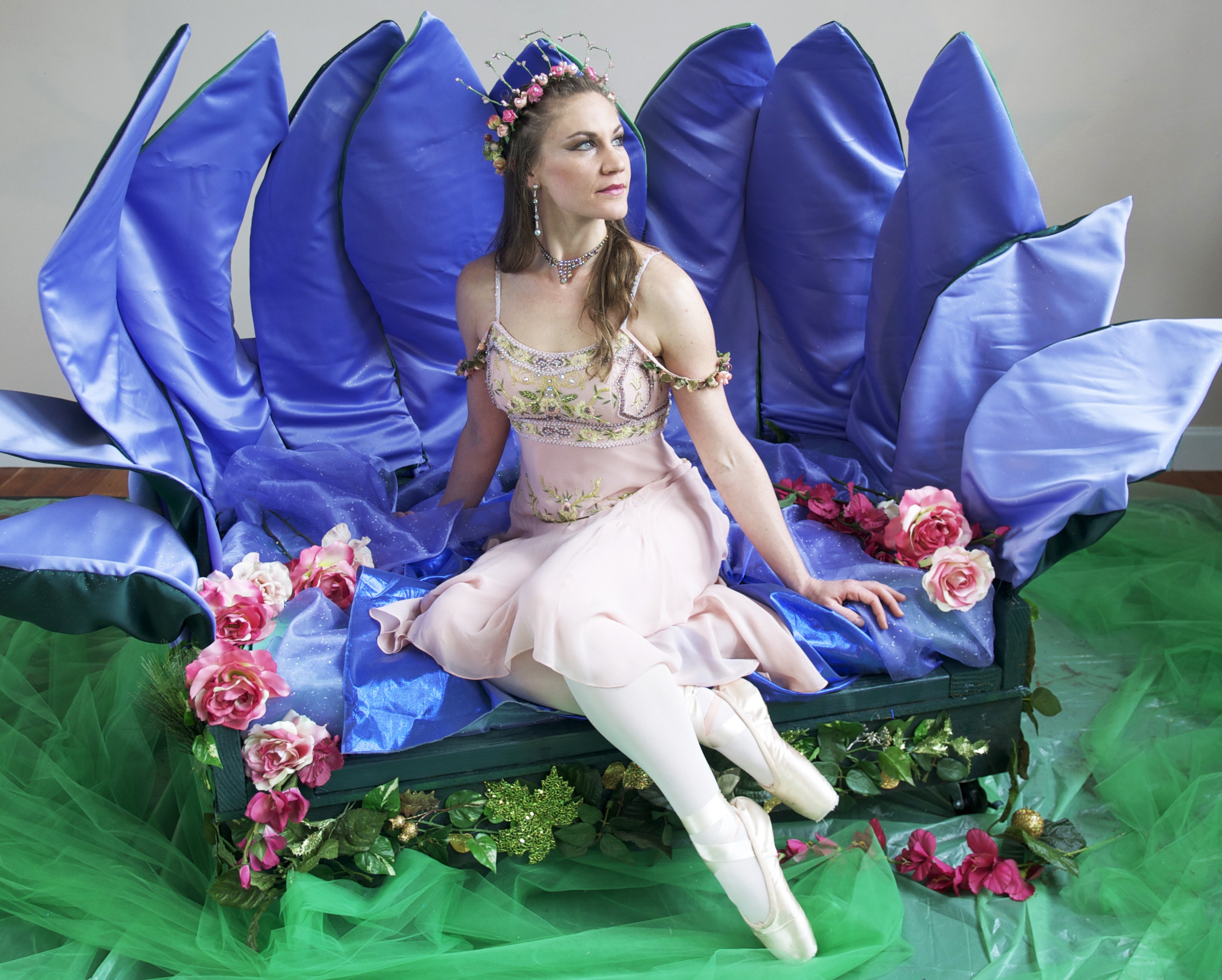 "Seems like there's a buzz about dance right now in Humboldt County," says Heather Sorter, director of this weekend's A Midsummer Night's Dream Ballet. With local talent abounding, Sorter, who danced in both Pacific Northwest Ballet's staging of Balanchine's opus and Nadine Coles' version for New World Ballet, felt it was time to helm her own production of the Bard's comedy about the quarrels and reunitings between a set of human lovers and the Queen and King of the Fairies. Enter Bonnie Hossack, the modern dancer. Who could resist the opportunity to choreograph a pack of randy hound dogs or the part of Puck, one of literature's most endearing characters (danced here by Nicholette Routhier of Dell'Arte)? The collaboration mushroomed. Working with Mendelssohn's Midsummer symphony as a score, Sorter choreographed ballet roles, Hossack, the modern stuff, as they worked together on designing the fanciful show.

While ballets created in rural areas often rely on guest artists from big city companies to pack a wow into the program, most of Shakespeare's familiar characters here are filled by a burgeoning corps of local wow-worthy performers. Iris Van Atta, an enchanting Sugar Plum Fairy this past Nutcracker season, adds another coveted role to her dance-belt: Titania, the Fairy Queen. Veteran Mark Hapgood gets to don the ass' head as the indomitable Bottom. Dakota Goodman, who moved into the role of Nutcracker's Arabian last winter, and Tadesse Samelson, a roguish Jack in the beanstalk tale a few years back, are Helena and Lysander. A favorite, the animated Lindsay Bond, is sure to captivate as Hermia. Added attractions include martial artist Micah Vinot (Theseus), who staged fight scenes, actor Craig Klapman, (Oberon) and Leslie Castellano from Synapsis performing silk aerial work.

Out-of-towners include returning artists, Hollie McGovern, a ballerina from Nevada City, as Hippolyta, and, notably, Aaron Perlstein, a member of ODC, San Francisco. Perlstein, a gifted dancer who began his training at HSU with Sorter, is Demetrius, one of the four lovers victim to fairy foul play.

Sorter and Hossack train a lot of dancers these days, among them a group of pre-professional adolescents and teenagers, who were further inspiration for creating a full-length ballet where they could stretch their chops. Hossack calls the production "a cross-boundary happening," possible because of "dancers willing to expand their horizons."

A Midsummer's Night Dream Ballet runs Friday and Saturday April 1 and 2 at 8 p.m. Saturday and Sunday April 2 and 3 at 2 p.m. at Redwood Raks in the Old Creamery at 8th and L streets. in Arcata. Matinee audiences are invited to come in costume and greet the fairy court! Advance tickets are available at Wildwood Music and the new Holly Yashi Store. For more information call 633-4303 or visit The Upper Studio on Facebook.