Band of Brotherz, plus The Nucleus reunion and other back-to-school music 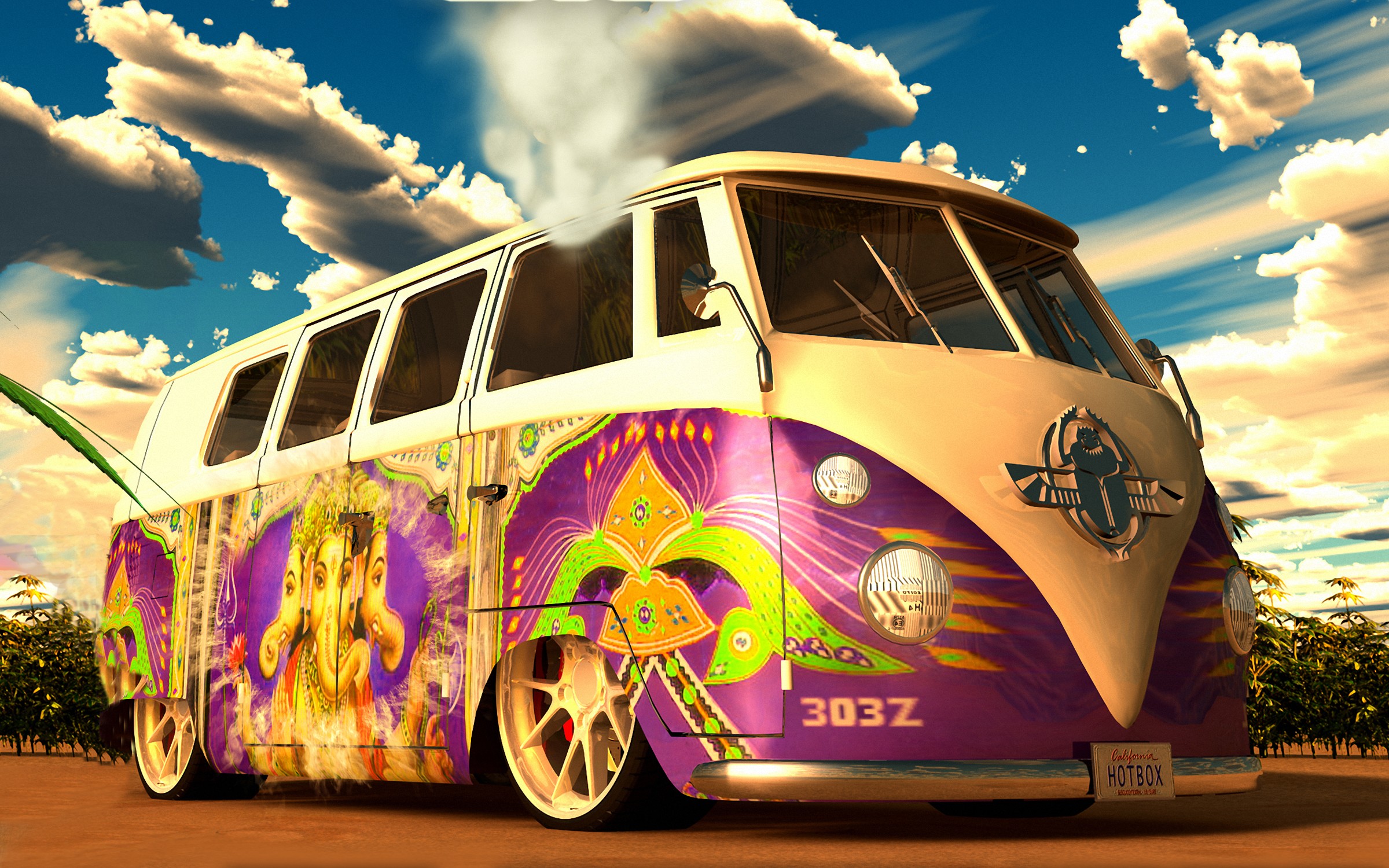 San Francisco-born drummer Jay Lane has had a multifaceted career, to say the least. After playing ska with The Uptones and funk with The Freaky Executives in the ’80s, he joined forces with Les Claypool in the original lineup of Primus, which indirectly led to meeting Grateful Dead guitarist Bob Weir and forming Ratdog. On the side, he helped form a ’90s-era East Bay aggregation called Alphabet Soup.

"Kenny Brooks, the saxophone player, had all these jazz gigs popping up and we kind of made it into hip hop jazz and played all these lounges and little clubs and stuff," Lane recalled, calling from his home in S.F. "Alphabet Soup was a real nice mix of those two elements: hip hop and jazz. That's basically what we've been trying to carry over to this Band of Brotherz thing."

Band of Brotherz finds Lane reconnecting with A-Soup lyricist/rapper Zachariah Mose, aka Iron Monk. "It was about five years ago when Zach came over and played me some tracks he'd made on a laptop that really caught my ear," said Lane. "He'd really honed his songwriting skills. ... I got excited and told him I wanted to do a band with that material, a new Alphabet Soup kind of thing. He suggested the [Brotherz] name. We worked on some more tunes together. Then we decided to do something with some Grateful Dead samples, doing them hip hop-style. We incorporated that into the first project." The result: an iTunes album, DeadBeatz and Murderous Medlys, and a bit of touring.

Fast-forward to today. Ratdog is on hiatus while Weir plays with the Dead spin-off Further, and Lane is about to go back on the road with Claypool in a resurrected Primus. But first, he's hitting the road with Band of Brotherz 2.0, a crew including Zach and friends and a live band. They start their Ganjapalooza 2.0 tour with a tie-dye hip hop show this Thursday at Red Fox.

It's a busy weekend for HumBrews with BrownChicken BrownCow StringBand, an old time band from West Virginia (via Hawaii) on Thursday, The Nucleus (see below) on Friday, and more stringiness Sunday with the "high octane hootenanny" sound of Poor Man's Whiskey from San Fran plus local alt-grass by The Bucky Walters.

As noted last week, the college students have returned, which, says Darin of Moo-Got-2, means time for the "annual back-to-school funktacular" with the MG2 electro-funksters taking over Jambalaya Saturday night. "It will be Moo-Got-2 with special guests Matty D and Friends, which is actually the original Nucleus lineup (check with PC b4 printing that)," says Darin.

PC, aka Nuke drummer Pete Ciotti, confirmed that saxophonist Matt Dickson will be up from L.A. for the big Friday night show at Humboldt Brews: The Nucleus 10th Anniversary Reunion combined with a CD release party for their Quicksand disc. "We're going to bring in everyone who's been part of the band over the years -- Matty, Swiz, Brian Osper, Lenny [Pettinelli] -- everyone," said Pete, taking a break from prepping pizza's at Big Pete's (his place in Northtown) where the daily Arcata High rush was pending.

Rumor has it the show might mark the end for The Nucleus. "It might be the last show at least for a while," said Pete. "Steve [Webb, the bassist] and Lenny moved to L.A., and everyone's busy with families and whatever. We can't go out and rock 'n' roll every night anymore. I wouldn't say we won't play again, but it's going to be on the back burner."

Local "cougar aphrodisiac rock" band Strix Vega is back after what they describe as a "Summer Sabbatical" (if that's what you call this weird season). "We've been working on new material during these summer months and have been doing a few demo recordings to get us ready for work on our next studio release," says Andy, noting some pending gigs, including one this Friday. "We're excited about returning to Mosgo's for another free all ages show. We'll be joined by The Lonesome Roses, comprised of old friend Chris Parreira and Claire Hashem-Hanlon. Starting the show off will be a solo harp performance by friend Rebekah Dickens. We are glad to have a violinist and a harpist on the bill for a rock show. Only in Humboldt, right?" Also coming up, a Strix show Thursday, Sept. 2, at Accident Gallery benefiting Origin Design Lab.

North Bay hippie jamrockers Moonalice are in town for a couple of shows: Saturday night they play the Blue Lake Casino; Sunday afternoon they do one of Arcata MainStreet's Concerts on the Plaza. (Both shows are free.)

Homegrown reggae luminary Ishi Dube welcomes students back to HSU with a "dancehall set" Friday night at The Depot on campus. When AS Presents says "dancehall set" that means he's not playing with his band, Massagana. A few weeks ago he was billed as playing a show with Guerrilla Takeover Sound. Unsure what that meant, I sent an e-mail to his peeps at Tuff Riddims. The response took a while. "In answer to your question, Guerrilla Takeover Sound is DJ Octagon and C-Money -- two DJs from Mendocino (Laytonville area) -- good friends of ours [who] have been backing Ishi for the DJ shows. We had them come up for the show at Pearl Lounge and they will be returning for the birthday shindig at Red Fox on Saturday, Aug. 28. Come out to the party if ya can :)" The note came from longtime scenester/DJ Pam Johnson; Saturday is her birthday (HBD!) and she's celebrating with a reggae show featuring Ishi (with Guerrilla Takeover), plus Winstrong from Surinam and Sistah Beauty, up from El Sobrante for the occasion.

Ishi's Depot show is one of a slew for AS Presents: Thursday they have Long Beach neo-retro lo-fi rockers The Growlers and Shannon and the Clams, a neo-girl group from Oakland. Saturday it's the tres cool Hollywood funk/soul/Afro band Orgone (again at the Depot) with locals SambAmore opening. Monday they have 20-something Iowan songwriter Jason Reeves, probably best known for writing pop/folk songs for Colbie Caillat. Jason's touring with pianist/songwriter Brendan James; local treasure Berel Alexander opens.

Our favorite ukulele band UKEsperience has a couple of gigs coming up: Friday they're at Six Rivers Brewery. They note: "Tim's last gig with us! Come out and do a shot with him!" Tim Johnston will be hard to replace -- he plays bass uke (know anyone else who does that?) and he's a luthier who built many of the band's custom ukes, including the lapsteel uke, the electric uke and his own bass uke. Wednesday, Sept. 1, the band plays one of Mad River Brewing Company's Pints for Nonprofits fundraisers in the tasting room, this one for Ridgewood Elementary School.

The next Monday Budget Rock Night (Sept. 6 at the Alibi) goes international with the heavy jazz-punk outfit Ed Mushi from Marseille (that's in France).

Benbow Inn's Summer Jazz Series rolls on one more weekend with SoHum's Humboldt Time on Thursday, veteran S.F.-based pianist Larry Vuckovich with his quartet on Friday, and on Saturday evening another San Franciscan, Jackie Ryan, a multilingual singer with a three-and-a-half octave range conversant in vocalese.