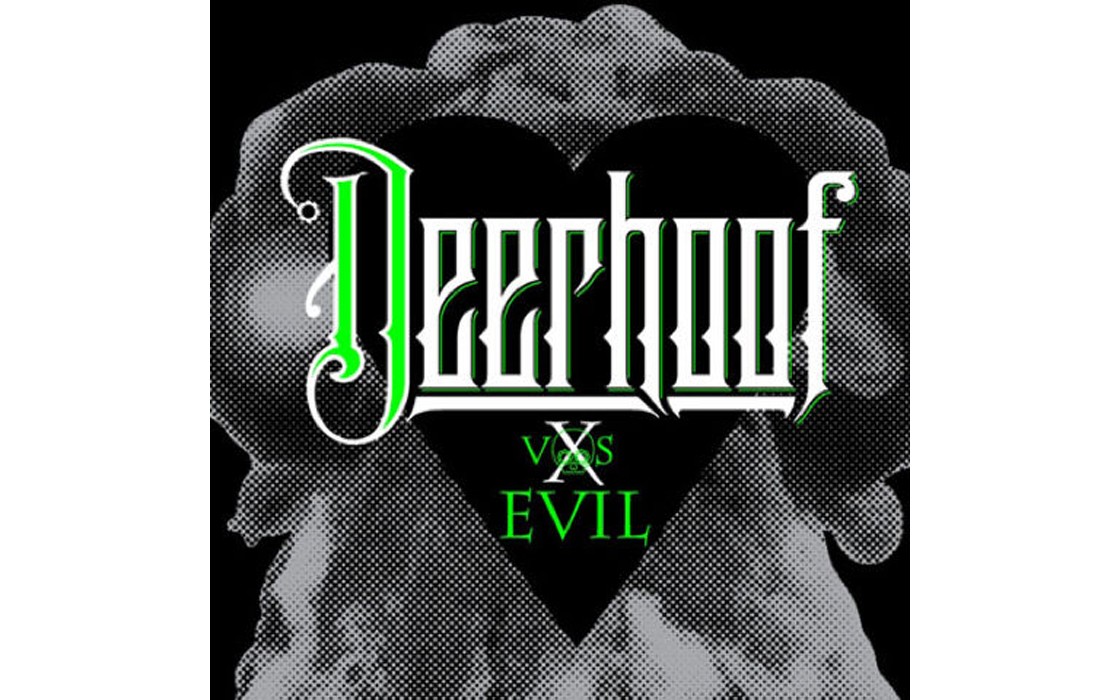 Deerhoof  thrives on unorthodox. The SF Bay Area-based band has developed a distinct form of deconstructionist rock, juggling elements of ‘70s prog, experimental jazz, Captain Beefheart, international music and bubblegum pop. At their best, Deerhoof has proved to be a band that can be chaotic, explosive, unpredictable and fun. Their 12th full-length release (not counting an online-only release), Deerhoof vs. Evil, juggles these elements like skilled acrobats spinning plates on sticks, while offering a diverse menu.

Deerhoof recorded and mixed their new record without the assistance of outside engineers in the band's Oakland rehearsal space and in guitarist Rodriguez's Portland home basement as a collaborative effort of Rodriguez, bassist/vocalist Satomi Matsuzaki, guitarist John Dieterich and founding member drummer/percussionist Greg Saunier. The result is a cohesive sound capturing the band as a looser but effective unit. Deerhoof vs. Evil breaks from the more lethargic  tone (at least for Deerhoof) that prevailed over the band's 2008 Offend Maggie.

From the bouncy cut "Behold a Marvel in the Darkness" to the edgy dirge "The Merry Barracks" to the obscure cover of "Let's Dance the Jet" (a song by Greek composer and activist Mikis Theodorakis),  Deerhoof executes a tight collection of compact songs with a re-charged exuberance, while leaving their eccentric, shifting time signatures intact. Songs often include a number of parts taking the listener through unexpected musical turns. Then there are compositions such as "No One Asked to Dance," which works as a delicate Spanish guitar, vocals and subtle percussion piece -- its minimalism catches you off-guard. The instruments compliment one another, often in layers, while Matsuzaki's melodic vocals provide an odd anchor (rather than the bass, for example).

After the band's participation in the Congotronics tribute project, Tradi-Mods vs. Rockers: Alternative Takes of Congotronics (they reinterpreted a version of The Kasai Allstars' "Travel Broadens the Mind"), Deerhoof felt inspired immediately to lay down "Super Duper Rescue Heads!" and "Merry Barracks," giving another abstract direction for Deerhoof vs. Evil. Saunier perhaps reflects this inspiration the most with his intricate percussion and drumming, evident in songs like "Hey I Can" and the album's opener, "Qui Dorm, Només Somia." It's as if Saunier is deconstructing African polyrhythms.

And even though Deerhoof vs. Evil doesn't quite match the dynamic punch of the brilliant 2005 release, Runner's Four, or the off-kilter funky pulse of 2007's Friend Opportunity, it replaces some of the wonderful chaos with nuanced touches, while sustaining the band's necessary vitality and humor. Deerhoof vs. Evil is a full-course meal served on spinning plates that goes beyond its initial tastes -- layers of hidden flavors come out after repeated turns, leaving the aural palate engaged and satisfied.