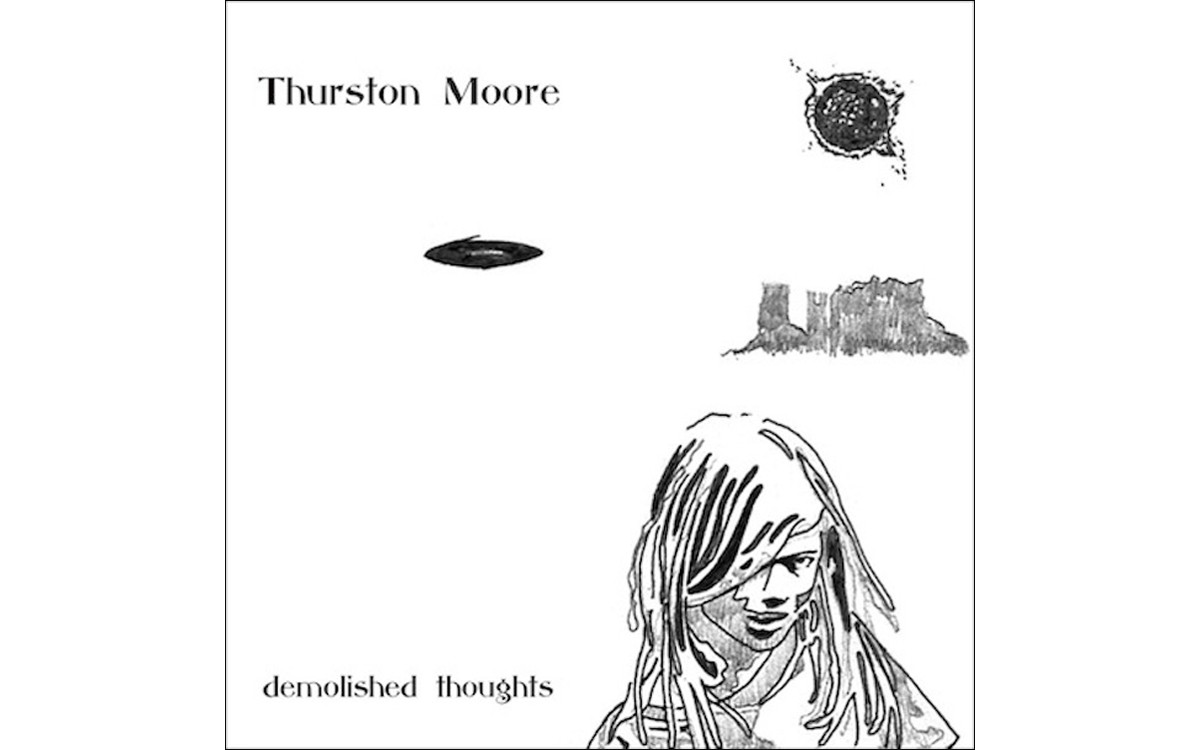 For someone as prolific as Sonic Youth guitarist/vocalist Thurston Moore, it's a bit surprising that his new record, Demolished Thoughts, is only his third solo effort. It's clear that Moore, who has worked with a wide range of collaborators including NY No Wave figurehead Glenn Branca, Nels Cline, Mike Watt, Christian Marclay and Richard Hell, and who started his own record label, Ecstatic Peace, has kept his focus primarily with Sonic Youth, the band he founded with Lee Renaldo and Kim Gordon. In 2009 that band released its 17th full-length recording, The Eternal.

Moore's first solo work, Psychic Hearts, appeared in 1995, in the same period of Sonic Youth's more radical experimentations, most notably, Washing Machine, released the same year. The two recordings parallel one another with a stripped-down sound, one record never being that far from the other in influence.

Then, with Trees Outside the Academy in 2009, Moore, who hinted at employing acoustic guitars with Psychic Hearts, embraced the scratchy sound of acoustic steel strings while accentuating the song and melodies. He also added violinist, producer and solo artist Samara Lubleski to Trees, and Lubleski's haunting violin lines became counterpoints to Moore's acoustic riffs. Lubleski, a member of the avant-noise outfit Jackie-O Motherfucker, doesn't simply adorn with her playing; she becomes integral to the pieces she's contributed to. Lubleski again became a key figure in Moore's new record.

In fact, Demolished Thoughts is Moore's most stripped-back recording to date, and the most accessible. The meat of the record is Moore, his vocals and acoustic guitars, and Lubleski, combining the elegant and abrasive; they are constantly playing off one another in cyclical interaction. The album's producer, Beck, inserts subtle orchestral touches, leaving the essence of each song to stand on its own -- more reminiscent of Bill Callahan's recent records or Jean-Claude Vannier's arrangements for Serge Gainsbourg than, say, Beck's own Sea Change.

"Sonic Youth get recognized for the unorthodox technique -- the alternative tunings and instrument modifications," said Moore in a recent interview with Mojo magazine. "But the most challenging and interesting aspect has always been song structure." Over the band's history, Moore exhibited his dedication to this sentiment, however buried under the wall of noise, and his maturity and refinement as a songwriter became more prominent from 2002's Murray Street to the present.