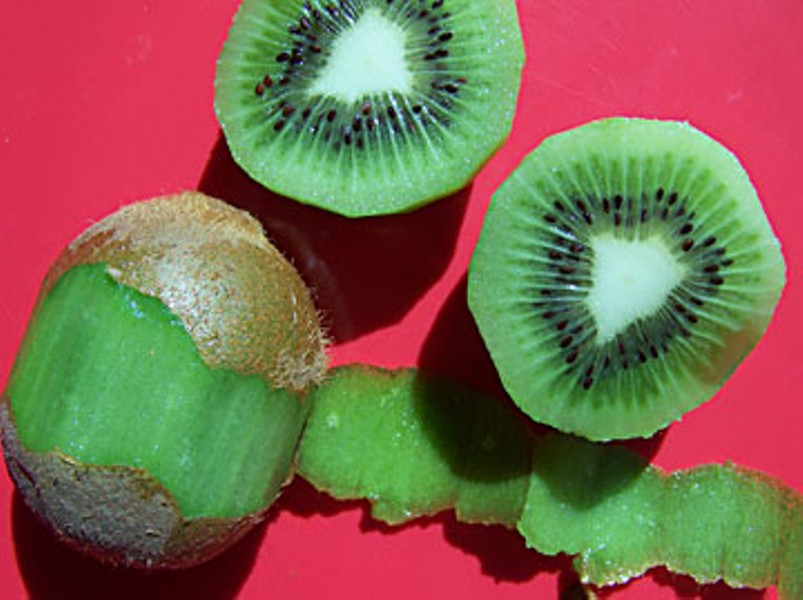 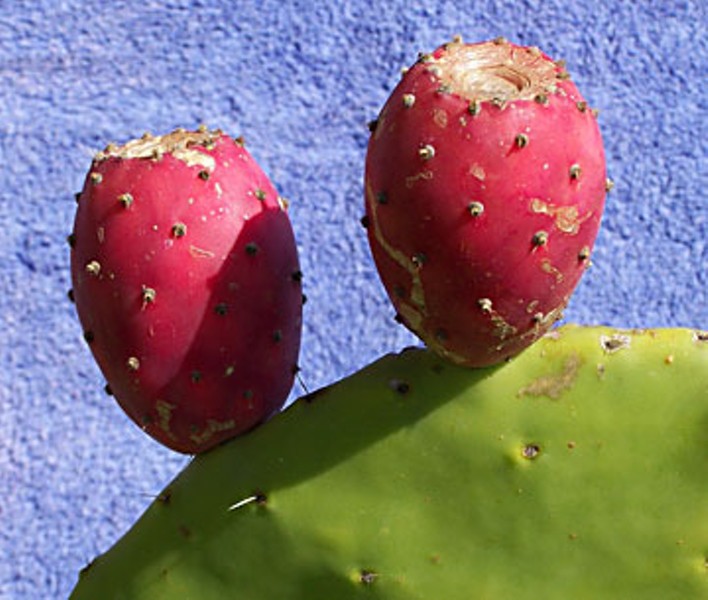 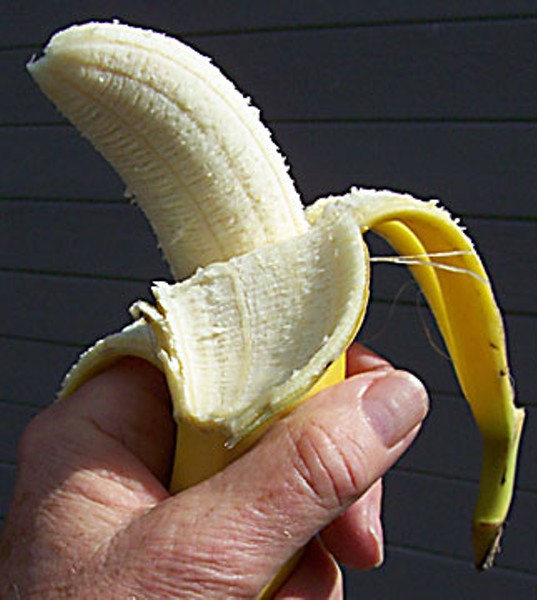 Preparing a bowl of fruit for lunch reminded me of the tremendous diversity existing within the Kingdom of Plants. The largest Phylum, Angiosperm (flowering plants), contains hundreds of thousands of species. Recall Kingdom-Phylum-Class-Order-Family-Genus-Species? I hereby offer four favorite flavors of fruit.

The kiwi's story is interesting: I thought it was native to New Zealand until Wikipedia informed me that it is the National Fruit of China. It was carried to N.Z. a century ago and improved there by selective breeding. Italy is now the world's major producer. Kiwis do ripen in our local climate.

One family you may not expect to see flourishing in our wet climate would be the Cactaceae. Cacti are generally considered to be hot-desert plants. Yet, I encountered these ripe prickly pears in a local cactus garden. I was further surprised to learn that a small species of prickly pear growing in Canada is hardy to minus 50 degrees C (-60 degrees F)!

Oranges can hybridize with grapefruits, lemons and limes, so all these varieties of citrus belong to the same species. The navel orange, however, is special in that it originated in 1820 as a mutation in one Brazilian tree. The mutation rendered it seedless. Thus, all navel oranges are clones of that one tree, propagated by grafting twigs onto other citrus root stock.

Bananas differ from all the above by being monocots (e.g. rice) rather than eudicots (e.g. beans). The wild banana of S.E. Asia has prominent seeds. Cultivated seedless bananas are propagated by planting suckers. Common commercial bananas are identical clones of one plant. There is concern that a disease could destroy this genetically homogeneous variety as happened to the previous top banana 50 years ago.

On YouTube you can find an amusing video in which the "perfect" banana is presented as evidence for Intelligent Design. The presenter is unaware that the "perfect" design is human, not divine. And how should we interpret the enticing prickly pear that punishes the eager eater with a mouthful of fine spines?