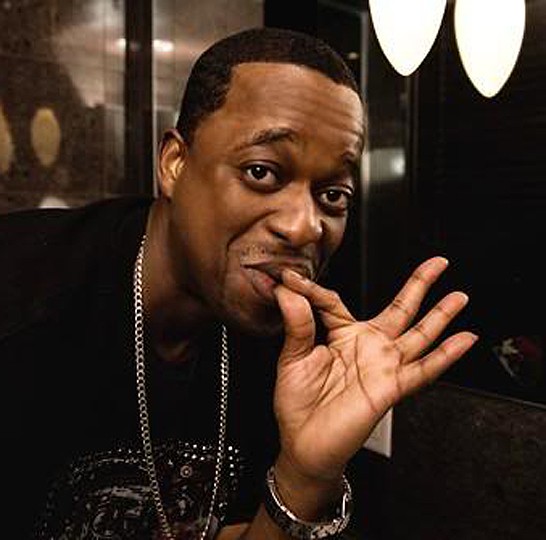 I'm not a patient person. Even with the amazingly unceasing distraction of smart phones, I'm still horrible at waiting. I fidget, I pace, I habitually recheck the time on my phone. The longer I have to wait, the grumpier I get, until eventually I reach a point of no return. My night at Nocturnum, to see Devin the Dude, pushed me dangerously close to this tipping point. The show was slated to start at 9:30 p.m., but the stage was still dark at 10, as technicians and club employees scurried about irritably. Members of the audience who weren't lingering in the parking lot were congregated at the bar, mingling loudly. There were mild mumbles of curiosity about the delay, but no one seemed overly concerned. By 10:30, the bar was considerably more crowded, and the hazy cloud around the parking lot had become dense. With four acts scheduled, there was no way the show would end before last call.

The layout of Nocturnum is oddly sprawled; the decorations sparse. From the bar it's nearly impossible to tell what is happening on the main stage, so the crowd was bottlenecked in the hallway between stage and booze. As the bass kicked finally in, and Ishi Dube's voice echoed against the walls, half of the crowd fled to the stage, the rest moved to the bar. The size of the drinks (the world's tiniest plastic cup) called for a quick turn around for refills and the prices, surprisingly, did not slow the demand.

Ishi Dube and Pyrx filled the club with throbbing and repetitive bass, laced with reggae and remix. Though energetic and talented, neither was impressively significant. Impressed or not, the crowd ate it up. Perhaps the delay had increased their fervor, or maybe the extra time at the bar was the source of their excitement; lack of space or not, the dance floor was in constant motion.

Devin the Dude proved a refreshing respite from the dance-centric reggae and hip-hop of the other acts. He brought something both fresh and classic to the scene, drawing on years of experience as an entertainer. Nothing about his beats or samples was exceptional, but they maintained and emphasized the moods of each song. His lyrics, falling somewhere between crafty and witty, were the most entertaining aspect of his performance although the subject matter limited the extent of his wit; really, how much material can you get out of weed? Just enough, apparently, as the audience relished the references, hooting and wooting their approval. His charisma on stage, and seemingly natural charm, were the icing on the cake. Any downfalls of the night were related to the venue, and not the performance.