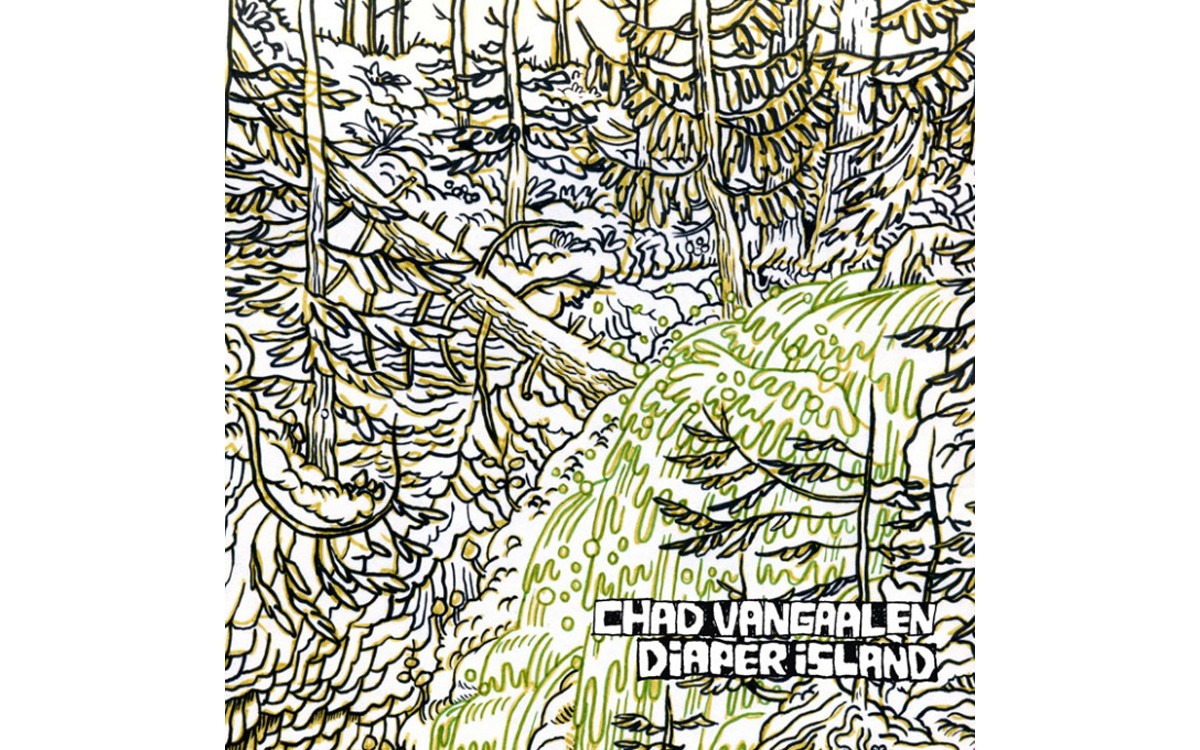 Calgary-based singer/songwriter Chad VanGaalen successfully ascended on his own DIY path. His latest release, Diaper Island, marks a distinct departure from the eccentric folk-pop nuggets of his excellent 2008 album, Soft Airplane. This offering explores new territory inspired by an assortment of garage music as VanGaalen plugs in his electric guitar and creates strong, accessible music.

As with his three previous recordings, VanGaalen plays virtually all the instruments and performs the vocal chores, recording at the analog-tape home studio he aptly calls "Yoko Eno." Stripping back much of the bells-and-whistles accompaniment that adorned Soft Airplane, he allows the raw sound of each song to emerge.

He sets the tone with the opening cut, the Velvet Underground-like, mid-tempo rocker "Do Not Fear," employing the old credo "Keep it simple, stupid." The graceful "Heavy Stones" and the delicately brilliant "Sara" each display a naked beauty, an avenue that one might hope Sub Pop label-mates Vetiver and Fleet Foxes would pursue.

In contrast, VanGaalen adds a few upbeat rock numbers such as "Replace Me," which combines Spoon's Wire-informed pop and Sonic Youth's pop subversion, and "Burning Photographs" with its burst of garage and psychedelia edging toward '60s groups like The Monks. More wildly psychedelic cuts, the Pavement-esque "Can You Believe It?" with its jerky rhythm, the oddball "Freedom For a Policeman" with a unexpected synthesizer solo/break, the dense, lo-fi dirge of "Blonde Hash" and the spare, melancholic ballad "Peace on the Rise" fill out a fairly eclectic album. Diaper Island's overall sound wouldn't be farfetched on a label like Woodist, the Brooklyn-based label run by the band Woods -- it is to the credit of Sub Pop to sign VanGaalen early in his career.

In a recent interview with The Calgary Herald, VanGaalen discussed the title's inspiration: "It's a metaphor for North American culture. It doesn't have to be a diaper, just a consumption of media or anything, really. It's how we function -- use something, wrap it up and throw it away."

Still, VanGaalen's subtle humanism is present throughout Diaper Island; you never get a sense of "doom-and-gloom" as you listen. It points to the significance of his gift as a songwriter -- even if he himself might not see it. "I find the songwriting element of it way more abstract than I would making drone music," he said, referring to his other project, the ambient Black Mould.

A depth of appreciation occurs after repeated turns of Diaper Island. And, however unnatural VanGaalen may feel toward the songwriting process, the numerous gems on Diaper Island are never forced or disposable. They only expand his eccentric craft.