Didn't We Say No? 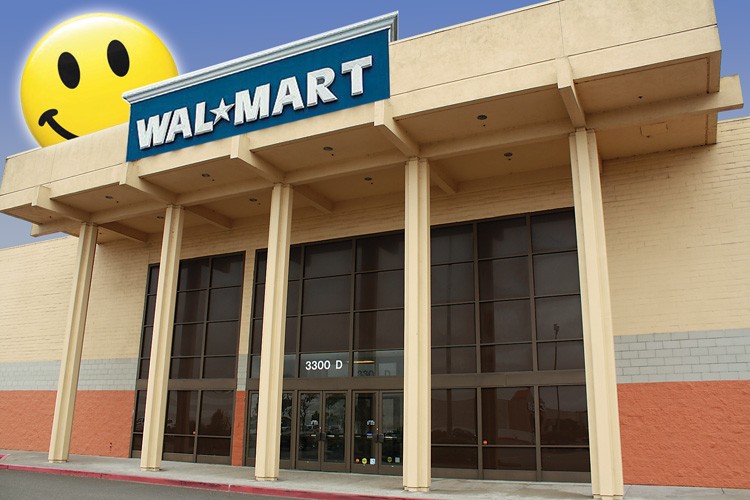 Slipping in almost after the Top 10 deadline and almost under the radar, it's  ... (chirpy/gagging adjective of your choice) ... Wal-Mart.

Back in 1999 Wal-Mart tried to get 38 acres of shoreline property in Eureka rezoned for its big box. Voters said no. So this year it found a back door that required no rezoning, a vacant former department store in Bayshore Mall. For months Wal-Mart's plans percolated along, labeled cryptically as "tenant" in documents on file with the city.

It finally ‘fessed up earlier this month, saying it had just been getting its official announcement all nice and ready while the Journal was asking questions.

Wal-Friends keep pointing out that if you don't like it, you don't have to shop there. Wal-Foes might just wish a raft of other scummy "free enterprise" practices would get one-tenth of the scorn and attention this shlockshop does.

We know you're so good to your women employees, and really into equal opportunity and all, so we're especially glad you've figured this one out:

No doesn't really mean no.

Clearly, we were asking for it.