Getting down for the Gulf with Moksha, plus The Preservation and a Petty Tribute 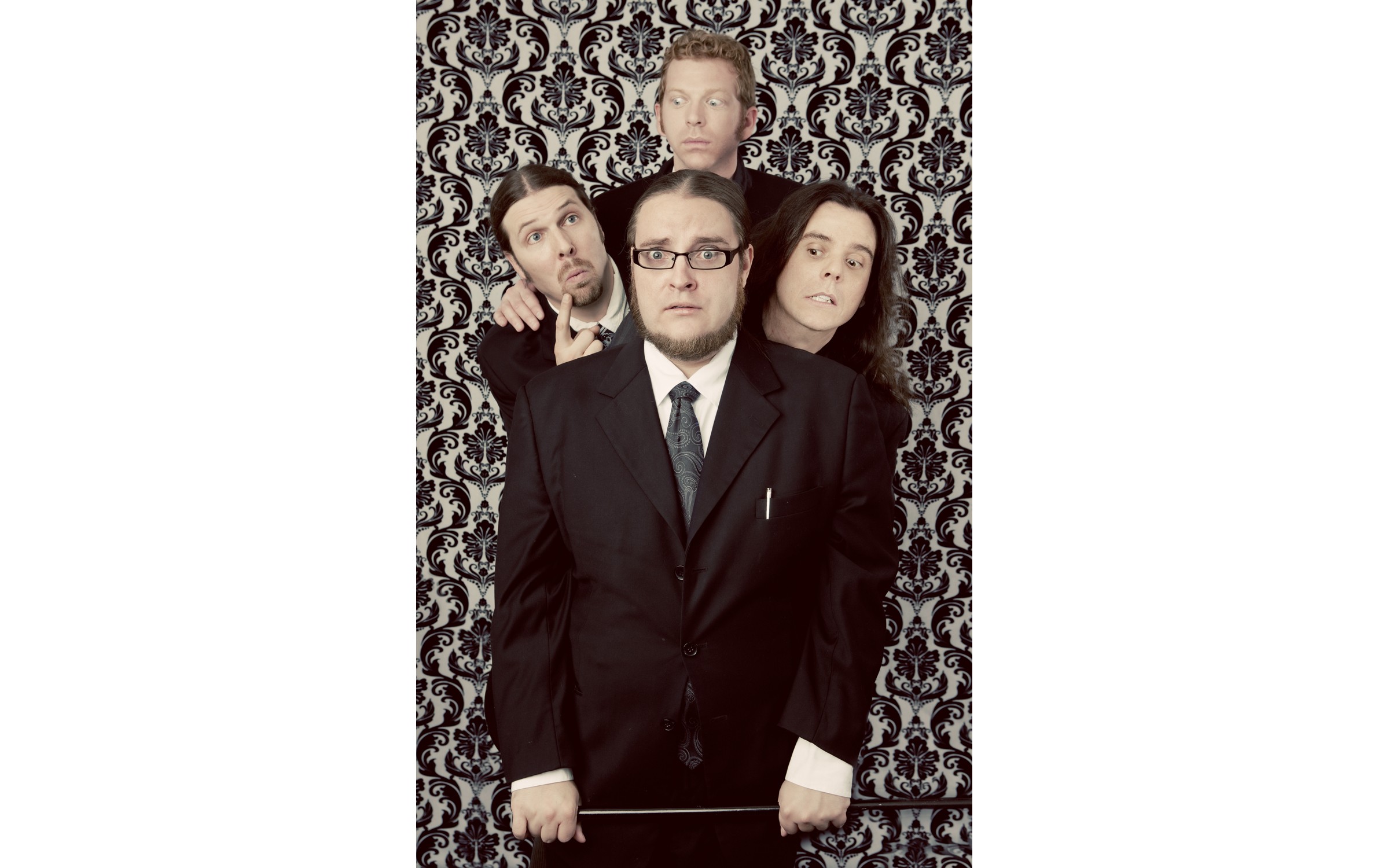 It's the viral video of the year (at least so far) the ugly underwater shot of the endless stream of oil befouling the Gulf of Mexico. After three months of spewing and too many futile attempts at stopping the leak and its devastating toxic mess, things seem pretty hopeless. What can we do? That's what Sarah Pick of Eureka was wondering.

"I'd been following the news about the oil spill and felt like I needed to do something," she told me, calling to tell me about "Get Down For The Gulf," a benefit she's throwing Saturday night at the Arcata Theatre Lounge (her first). Money raised will got to the National Wildlife Refuge Association, a nonprofit working to clean up oily pelicans and other birds before they die and struggling to preserve habitat for other animals. Sarah's originally from Las Vegas, so she enlisted Moshka, a Vegas funk rock combo to headline the event with somewhat like-minded locals Moo-Got-2 opening.

Bass player John Heishman formed Moksha three years ago in Vegas, pulling musicians from two bands that had disbanded. "Now we have a really cool collaborative effort; we're creating a nice little fanbase in Vegas and have become one of the biggest local draws there," he said. An album released earlier this year with help from Brian Stoltz of the Neville Brothers and DJ Logic brought them new attention and they landed big-time gigs at the Hard Rock Café and the House of Blues. The band's sound is relatively eclectic, mostly on the rock side but leaning toward funk.

"We try to be diverse stylistically, but it really boils down to the groove-based funk rock stuff," said Heishman. "We'll throw a little bit of everything in for our shows with influences ranging from jazz to hip hop." They jam, but watch what you call them. "We try to stay away from being called a jamband. When I hear 'jamband' I tend to slough it off as a live show that might be fun, but without good songwriting and whatnot. We've been focusing on our compositions, trying not to be pigeonholed in the jam genre." Want a preview? Moksha plays live on KHUM on Friday, 5-ish.

BTW, elecro-funksters Moo-Got-2 have a busy Saturday. Before the Gulf benefit they play at Sequoia Park Zoo kicking off Summer Concerts at the Zoo (see Calendar for details).

The listing on the Mazzotti's website is kinda confusing. It says The Weary Boys and The Marauders are playing there Saturday night. A little history: Those are both bands that started locally, moved to Austin, then disbanded. Before he returned to Cali, Dustin Littlefield had recruited Black Joe Lewis for The Marauders -- the band split up when Dustin left. It was a similar story for former Weary Boy Mario Matteoli: The Boys grew weary and split up; he went solo and got married. He and his wife Cayce have been singing and recording together. So what's with this show? I called Mario to ask.

"My new band is coming to town and for some reason they billed it as The Weary Boys," he apologized. He noted that the band is actually called The Preservation, emphasizing that it's more than an extension of his solo work. "It's more of a band effort -- I was tired of being a bandleader. It's still me and Cayce, but with some younger guys; still lots of harmony singing and stuff."

He recruited Andy Bianculli, a guitarist from New York, trumpet/keyboard player Kullen Fuchs (who will not be at Arcata show) plus bassist Ben Burdick and drummer Joshua Wienholt, both formerly of The Marauders. So, since Dustin is around, he'll reunite with his rhythm section for an Arcata Marauders reunion.

The Preservation has a few tunes under its belt -- they've recorded a demo and, says Mario, "We're shopping it around." The sound? With a nod to Gram Parsons, they call it "cosmic American music." Judging from what's on their MySpace (/thepreservation) it's rockin' Texas-style country with a touch of R&B. (They do a killer cover of "Can I Get a Witness?") One more thing: The Preservation also has a gig Sunday at Bear River Casino. I'd say it'd be worth the drive to Loleta -- the new tunes sound great.

Saturday night at the Jambalaya catch the debut of Full Moon Fever, a Tom Petty tribute with guitarists Piet and Pete (Dalmolen and Ciotti, from The Nucleus), Jay Forbes from Strix Vega on drums and Pat Quinn from Yer Dog on bass. "It started out just getting together to have some fun, then it turned into a band," said Pete. "We have about 20 some-odd songs worked out -- all the hits, most of them anyway, plus some B-sides. It's all good rock 'n' roll music." Expect to hear more of them -- they've lined up shows at local casinos later this summer and they'll be part of the 2nd annual Summerfest at Pump Station No. 1, coming up Saturday, July 10.

Heavy, heavy bassist Joe Preston has an impressive resume having played with The Melvins, Earth, High on Fire and Sunn O))) among others. He'll be at the Alibi Saturday as Thrones, his long time solo project, with locals Indian (formerly known as Big Days of Tundra) and a new grind band, Dead Weight with members of Summers in Kuwait.

The Missing Link boys have a big old timey extravaganza planned for July 3 (same day as the Journal's 20th anniversary party). Get a preview Thursday night when Pokey Lafarge and The South City Three play at Six Rivers Brewery.

Benbow Inn's 5th Annual Jazz In June begins this Thursday with Four On The Floor, a quartet (naturally) with drummer Michael Curran, bassist Tommy Lockett and saxophonist Francis Vanek of Three on a Tree plus guitarist (and Jazz in June organizer) Jim Wilde. Friday J-in-J has a quintet featuring vocalist Lisa Baney with Jim and Michael again, Baron Wolfe on bass and special guest Yolanda Nickell on alto sax. Saturday, Six of One has Francis back on sax, Sam Maez on trumpet Jimmy Durchslag on trombone, Geoff Daugherty bass and again, Jim and Michael. The series comes to a close Sunday, June 27, with the Mia and Mary Jo Casasanta Show, a mother/daughter vocal duo with backing by Jim and Michael.

Down at the Black Oak Ranch this weekend the 15th Annual Kate Wolf Memorial Music Festival starts with folk music and moves beyond with Ani Di Franco, Greg Brown, Little Feat, Charlie Musselwhite, The Waifs, Steve Earle, David Grisman and Baka Beyond among the many players.

The listing for the Tuesday, June 29 show at Humboldt Brews reads "members of The Slip and Surprise Me Mr. Davis," which may require some explanation. Those familiar with Surprise Me, know them as a collaboration between Nathan Moore of ThaMuseMeant and The Slip -- guitarist Brad Barr, his drummer brother Andrew, and bassist Marc Friedman. So it might seem the "members of" part is redundant. SMMD = The Slip plus one. However, a year ago keyboardist Marco Benevento (of Benevento/Russo Duo) joined the band. Marco has been with SMMD on this tour as they make their way to High Sierra (SMMD always plays there), but, he's taking his trio, which includes Andrew Barr, to the Montreal Jazz Festival at the end of June, so they'll miss the show at HumBrews. Don't worry, the remaining trio will do fine without them -- think of it as a unique experience.