Does This Still Matter?

HBO's Scenes From a Marriage remake 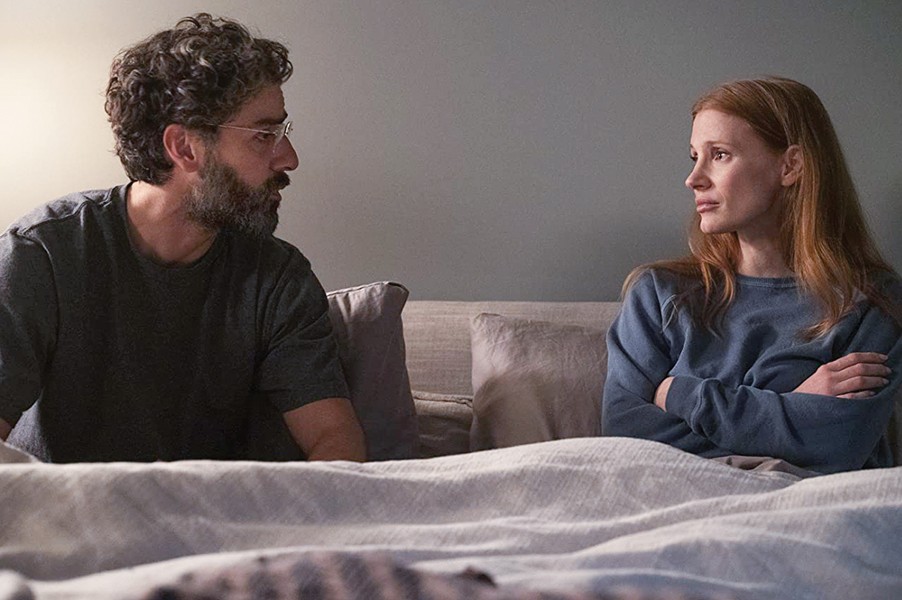 Scenes From a Marriage I shouldn't have to explain why the lettuce goes under the burger.

SCENES FROM A MARRIAGE. I think a lot about the influence of historical context on works of art. Strip away the social and political events of the time and does a painting, a book, a play, a punk rock bank, a movie hold up in that vacuum? What art remains relevant, meaningful, a source of satisfaction without the catalyst of ground needing breaking?

When revered Swedish director Ingmar Bergman released Scenes From a Marriage in 1973, the film world had not yet been inundated with movies about marriages falling apart. The series, starring Liv Ullmann and Erland Josephson, resonated around the world, influencing directors for decades to come — think Woody Allen, Noah Baumbach, Richard Linklater — and even allegedly caused Sweden's divorce rate to skyrocket. In HBO's remake, directed by Hagai Levi and starring Jessica Chastain and Oscar Isaac, the story unfolds similarly to the original, but this time the wife is the financial head of the family, her success in the tech industry more lucrative than her husband's academic pursuits. One needn't be familiar with the original Scenes to understand this new one — I wasn't — although who exactly the intended audience is for the modern retelling is unclear. In the 48 years since Bergman's story of a crumbling marriage garnered global renown, divorce movies have proliferated. Any pleasure to be had viewing Levi's remake comes from watching Chastain and Isaac ply their craft in beautiful shot after beautiful shot.

The story itself is grim. From the initial scenes, we're instructed in how Mira (Chastain) and Jonathan's (Isaac) marriage functions thanks to a plot device that has them interviewed by a grad student researching gender norms and monogamy, and how those factor into making marriage successful. Mira and Jonathan speak kindly to and about each other, but Mira is clearly distracted and Jonathan too eager to engage. Their marriage succeeds, he emphasizes, because they have not given into the capitalistic school of thought that a marriage serves as a means toward happiness and self-fulfillment. Instead they understand that the primary purpose of marriage is security, the creation of a family unit.

For happy couples, the questions put to Mira and Jonathan — how they define themselves and the success of their marriage — may prompt their own reflections, lead to the sort of pleasurable late night conversations couples have when on the same page. Other couples may see themselves reflected in how the surface differs from what swirls beneath and opt not to discuss or continue watching this show at all. This is a story about leaving, after all.

The first episode jumps from the interview to a dinner where Jonathan and Mira describe the encounter to another couple at their house. Kate (Nicole Beharie) and Peter (Corey Stoll) eschew other conventions, both with their willingness to make their disagreements a point of discussion and with their polyamorous arrangement. When Peter and Kate's arguing grows intolerable, Mira invites Kate upstairs as an attempt to mitigate conflict and restore equilibrium, a habit we see repeatedly during the first two episodes. Her attempt fails however, when Kate refuses to agree with Mira's assessment that her "arrangement" is making her unhappy or might be harmful to her children. She then makes an unwelcome move on Mira that prompts a return downstairs, where Peter's shouting wakes up Jonathan and Mira's little daughter. For a moment, the decorum of Jonathan and Mira's marriage appeals, especially when the source of Mira's earlier tension is revealed. We see how, despite the formality overlapping every interaction, warmth and trust flow easily between them, even if the ability to truly speak their feelings does not.

Sadly for our protagonists, the lack of true connection matters more than the kindness they both strive for. Instead of having a real conversation about the complicated decision they face, they speak around it, come at it sideways, each checking in with the other in a "but how do you feel?" back-and-forth. It feels like being at a four-way stop with every driver waving the others on, "No, you go."

The remake is said to mirror the plot points of the original but if you, like me, are not familiar, I do not want to spoil what happens along the way. It's no spoiler to say we're not in for something joyful here, however. Watching Chastain and Isaac provides a master class in acting, but the emptiness of their marriage undermines what pleasure one might take in admiring Chastian's exquisitely sculpted features and Isaac's physical appeal.

A final note: Levi chooses to kick off each episode outside the fourth wall. We watch the actors get ushered in, lit and otherwise prepared for their scenes. The reasoning for this is unclear, but maybe the idea is to usher us into Jonathan and Mira's lives before we have a chance to think too much about whether that's a place we want to be. TVMA. 60M. HBO MAX.

Jennifer Savage (she/her) prefers the Oscar Isaac of A Most Dangerous Year and wishes the Journal included a carbon footprint of the beef industry in its Burger Week issue.

VENOM: LET THERE BE CARNAGE. Tom Hardy returns in the sequel to the dark Marvel movie about a man and his symbiotic frenemy. PG13. 90M. BROADWAY.