Dog Day by the Bay 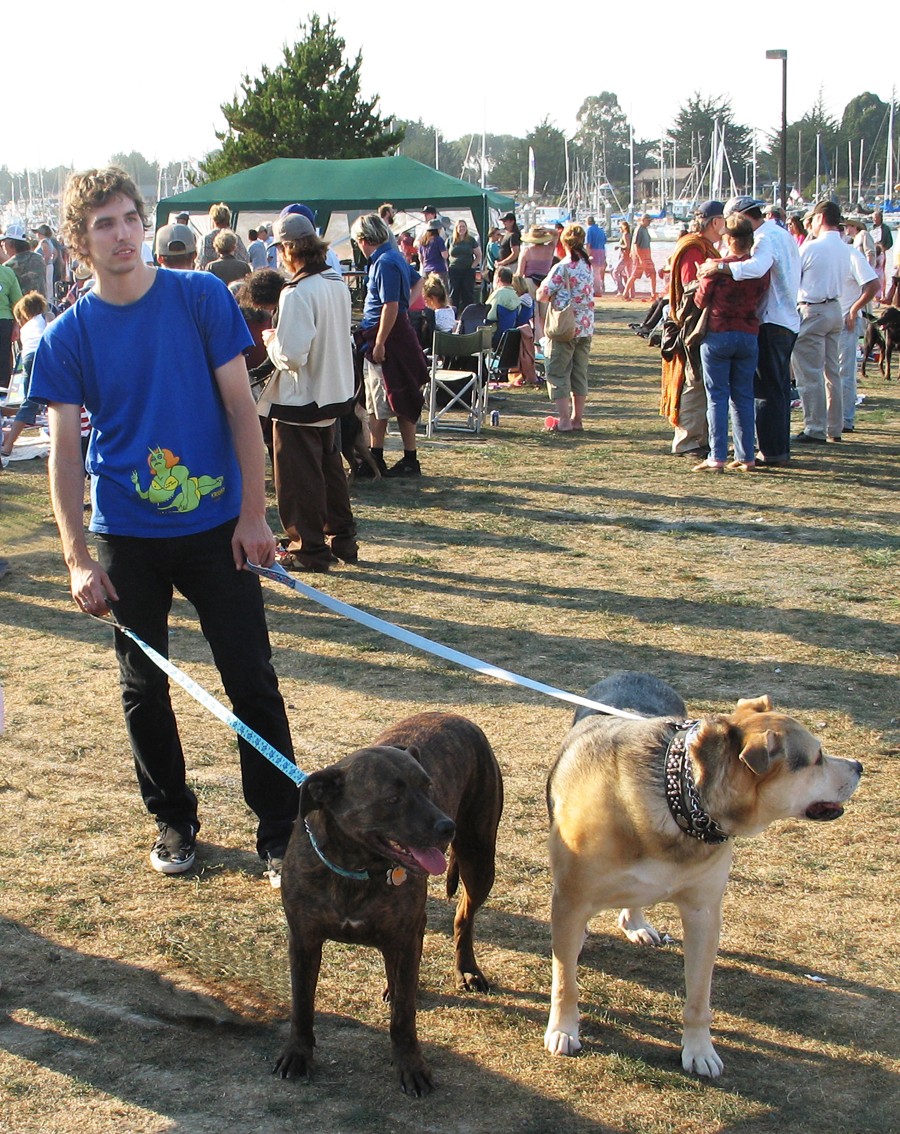 As you might guess from the "woof" in the name, this is a canine-friendly event. It starts at 10 a.m. in Halvorsen Park with an all-day Weenie Dunking Contest as dog-owners register for the famous Mutt Strut, a pledge walk with money raised going to the dogs (and cats) at the shelter. The doggy parade (with owners) goes into Old Town and back starting at 11.

Around 1:30 there's a paws in the pet action as our local public television station drops a bunch of sponsored rubber duckies into the Bay for the annual Quacks for KEET Duck Race. Go to www.keet.org ("special events") to see how you can "adopt" a duck, which really means place your bet on it.

There's also music starting at noon with local bass player Li'l Lynne and A Few Good Men. Los Angeles-based Montë Mar plays carefree California pop (with some lyrics in Portuguese) starting at 1:30 (as the ducks take off, tide willing). Vintage Soul offers vintage soul hits at 2:30, leading into a 4 p.m. set by Canned Heat, the classic boogie rock band that had the crowd "Going Up the Country" at Woodstock (the festival that Woofstock borrowed most of its name from). Incidentally, unlike some 40-plus-year-old acts, 3/4 of the current Heat -- drummer Adolfo de la Parra, bassist Larry Taylor and guitarist Harvey Mandel  -- were in the band in 1969 when they played on Max Yasgur's farm. Only harmonica player Dale Spalding is new.

You say you're a cat lover and you're feeling left out? The Humane folks have a contest just for you. The Feline Photo Olympics pits your photogenic kitty against a bunch of other cats, and they do not have to brave the dogs en masse at Woofstock. Snap your cat pics and upload them to the contest page found via the Woofstock webpage at www.woofstock.org. Then vote for your favorite feline and get your friends to do the same ($1 donation per vote).

Woofstock 2011, one day of peace, love, music and dogs, takes place on Sunday, Aug. 21, at Halvorsen Park, near Eureka's Adorni Center (at the foot of L Street). Tickets are $15 at the gate, $13 in advance or for SHS members. Kids under 12 and dogs are free. Mutt Strut participants donating $35 or more also get in free.

So, give your pooch a bath, brush his or her coat and get ready to shine at the pet fest by the Bay. What, you don't have a dog? There's still time to pick one up, and the Sequoia Humane Society has a whole bunch of cute ones up for adoption. Go to sequoiahumane.org to see who's waiting for a new home. Call SHS at 442-1782 for further details.