Doonesbury and the Art of G.B. Trudeau 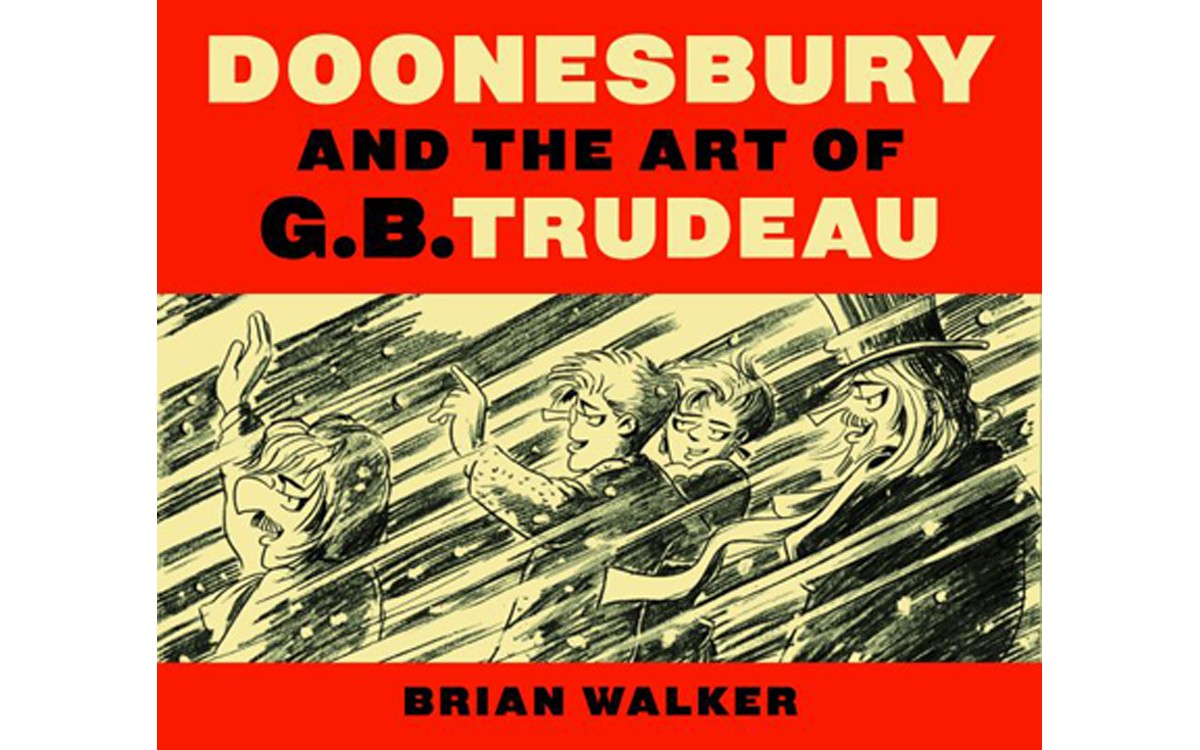 This is the mother of all Doonesbury books: a retrospective of the entire Doonesbury era from first glimmers in the Yale student paper to a few panels set in the Obama White House, in a big art book format. An informal but fact-filled historical essay is spread throughout, along with wonderful illustrations that show the evolution of Trudeau's artistry. This is a beautifully assembled book and easily the gift book of the year for folks who've been sentient over the past 40 years.

Everybody has a different entry point into the Doonesbury universe, but this full span of its history was a particular delight for me since I was among its first fans when it ran in the Boston Globe in the early ’70s. It seemed to be about people I knew, by a very talented one-of-us. One of its characters was reputedly based on a colleague at the Boston Phoenix (probably not true), and if Rick Redfern wasn't based on Tom Redburn -- a colleague at Washington Newsworks and later New York Times -- then he should have been.

Doonesbury was such an important part of my generation's daily life that we were bereft and helpless when Trudeau took a break for almost two years in the early ’80s. In the ’90s his creation of Mr. Butts was a morale boost when I was making my own critiques of the tobacco industry's campaigns to hook the young, which eventually cost me my newspaper column in Pittsburgh.

After Vietnam and Watergate, Trudeau took a dramatically different approach to the Gulf Wars: Thanks to the cooperation of the military he in principle opposed, he personalized the costs of war when the first character he created at Yale -- the football star known as B.D. (for the real Yale quarterback Brian Dowling) -- came back from Iraq with an amputation and post-traumatic stress.

Through all the counterculture and politics, Trudeau created an extended family of characters that took on lives of their own, and begat another generation or two. Doonesbury has never stopped being contemporary. This ongoing multigenerational storytelling is generously presented with many color illustrations and some big, breathtaking panels. I don't know how I feel about some of the commercialization of the characters, but I suppose I shouldn't have believed I could get through this review without using the word "iconic."

The text ends with some worries about the future of Doonesbury, tied so closely to the fading fate of daily newspapers. Hey, stick around at least until 2012, G.B. I think we're going to need you.