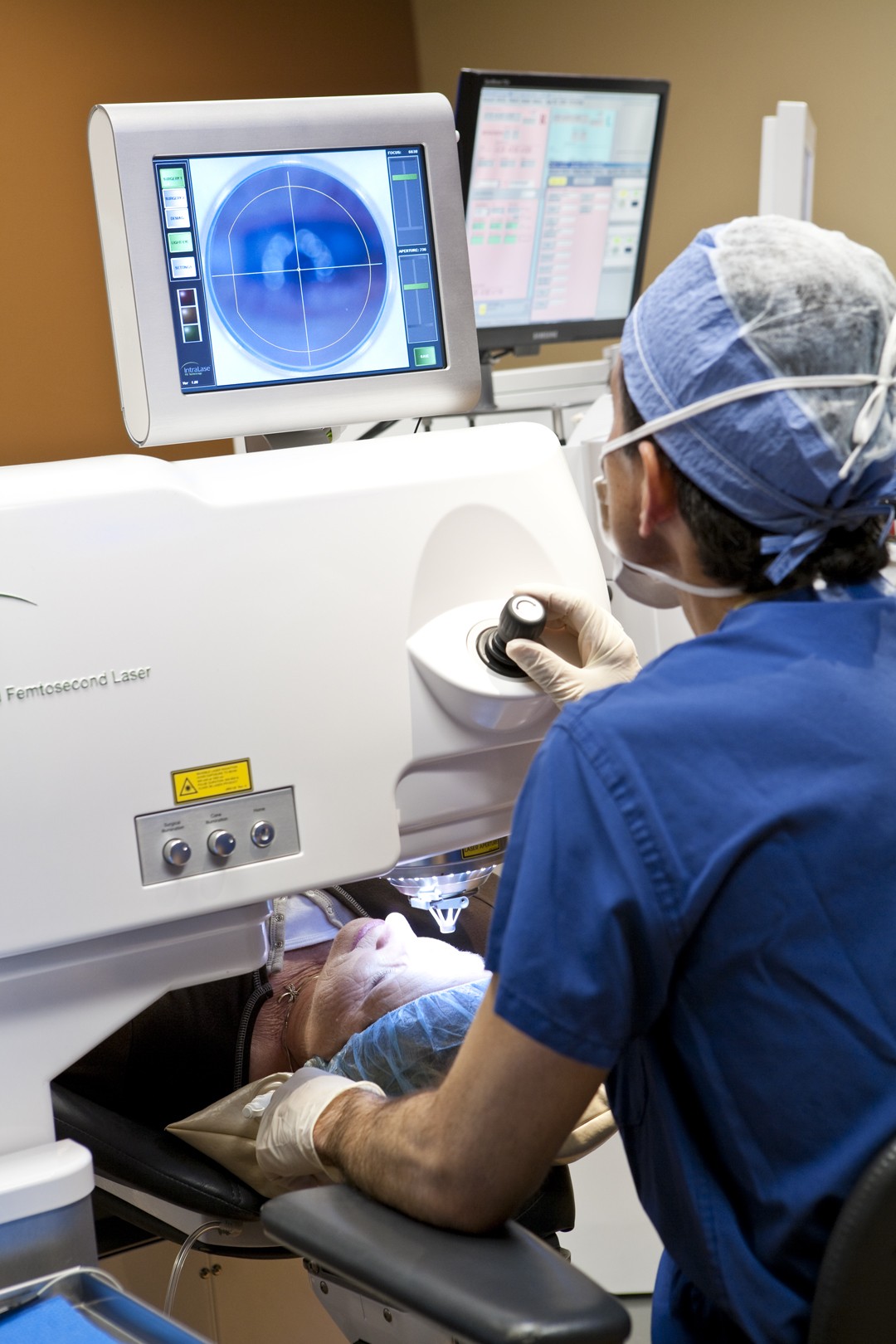 LASIK, that is, laser surgery to precisely reshape the cornea -- the outer transparent part of the eye -- has become commonplace, with over a million procedures performed each year in the U.S. Instead of wearing glasses (in front of the eyes) or contact lenses (on the eyes), many people can now have poor vision corrected by reshaping the cornea below the surface of the eye.

The system used nowadays has its roots in Colombia in the 1950s, where Spanish-born ophthalmologist Ignacio Barraquer ("father of modern refractive surgery") pioneered keratomileusis, or corneal reshaping. He showed that it was possible to "carve" the outer layer of the cornea after slicing it off and freezing it. Once sculpted to the required shape, the layer was replaced on the eye where natural healing then took place.

Barraquer's basic procedure for reshaping the cornea became much easier and safer with the invention of the excimer laser in the 1970s, which can ablate (disintegrate by disrupting surface molecular bonds) organic tissue without heat damage. Today, eye surgery typically uses high-energy pulses of ultraviolet light from an argon-fluoride (193 nanometer) laser.

The first US patent for LASIK (Laser-Assisted In-Situ Keratomileusis) surgery was granted in 1989, for a procedure in which the surgeon cuts a corneal flap with a fine blade and pulls it clear (leaving a hinge of tissue) to expose the cornea's lower layer, the stroma. A computer-guided laser then precisely reshapes the stroma by ablating a thin layer of tissue -- typically less than the thickness of a page of the Journal -- after which the flap is replaced.

More recently, a femtosecond ( 10-15 second) laser has replaced the mechanical knife. This laser creates a plane of closely-arranged "dots" of air bubbles in the tissue below the surface of the cornea. The end result is the same -- the surgeon still lifts a flap, exposing the stroma below -- but the process, known as IntraLASIK, is safer and more precise. The entire procedure takes about 15 minutes.

In the future, eye surgeons may be able to avoid the flap altogether. In an experimental procedure known as FLEX, for Femtosecond Lenticule EXtraction, a femtosecond laser does the whole job by cutting a thin lens-shaped layer within the cornea, for removal through a small incision.

Why this column now? After spending roughly a year of my life looking for my glasses, I just had the IntraLASIK procedure. I'm thrilled with the result.

Barry Evans (barryevans9@yahoo.com) appreciates the fact that eye surgery no longer means "going under the knife." Eureka Books carries his (what else?) books, while his travel photographs are on display during December at Old Town Coffee and Chocolates.