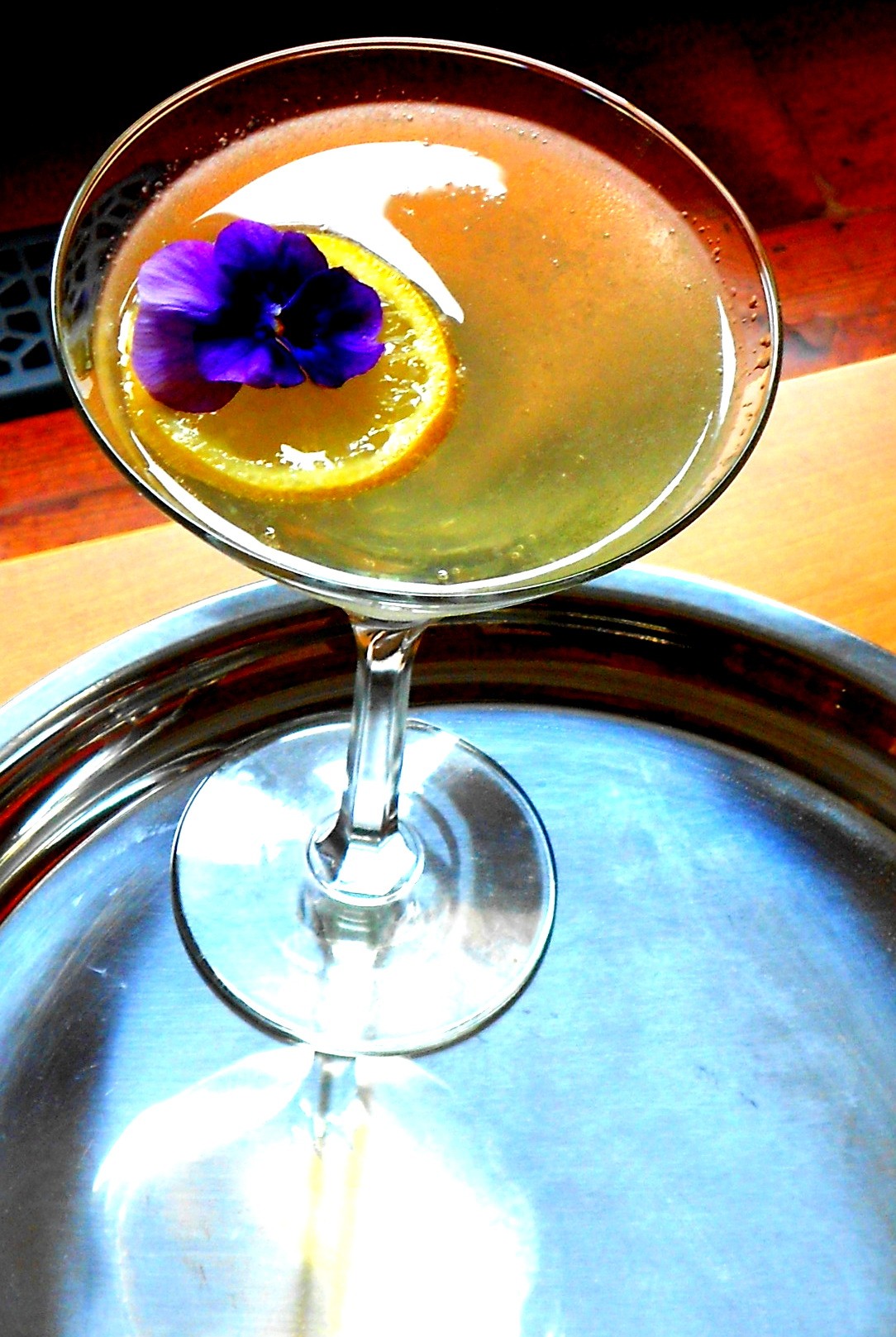 For the last year, the Journal has indulged my interest in drink and given me space once a month to rant about distillery tours, the dearth of good cider in these parts, excessively intricate cocktails, and so on. This has all been fueled by the research -- if you can call it that -- that I've been doing for my next book, The Drunken Botanist, which comes out in March. (I'll be giving a "sneak preview" talk about the book at the Eureka library on Aug. 18. at 1 p.m. by the way.)

Anyway, that's been fun, but what I'd like to do for the next year is to talk more specifically about growing some of these cocktail-friendly plants. Of course, you don't have to be a drinker to grow your own strawberries or basil, but it is an extra incentive.

So I'm going to take a year to work my way through herbs, flowers, fruit, berries and vines, and vegetables. Many of these are best started in winter or spring, but I'm just going to cover them in the order in which they occur to me. Because it's the middle of summer, let's start with flowers.

Borage. People say that borage leaves taste like cucumber, but if that's the flavor you're after, why not just eat a cucumber? Use the leaves if you want -- some people pick small, young leaves for salads or cook them with other greens -- but it's the flowers I'm interested in. The dazzling bright blue color isn't found in many flowers, particularly edibles, and the fact that they hold their color when frozen means that you can do a very elegant little ice cube trick with them: Fill ice cube trays halfway, freeze, and then set a flower on each half-cube of ice. Refill with water and freeze again. This traps the flower in the middle of the cube.

The plant is ridiculously easy to grow as a summer annual. Because of its long taproot, it resists transplanting; for that reason you're better off starting from seed. Once you've got a patch of it going, it will self-sow every year. If the blue color doesn't suit you, there is a white variety available from Johnny's Select Seeds, and the blue variety sometimes produces pink or purple flowers for reasons known only to the plant.

Borage is the classic Pimm's Cup garnish, but I can't imagine a cocktail whose looks would not be improved by floating a starry blue flower atop it, so use it in everything. Champagne and a splash of St-Germain elderflower liqueur? Add borage. Aviation, a gin drink made faintly purple with violet liqueur? Borage. A lemon drop? Borage. See how easy that is?

Viola. For sheer decorative purposes, nothing beats pansies and Johnny jump-ups. They are so absurdly easy to grow that there is almost nothing to say about them, except this: They do need regular water, so make life easy on yourself by buying a potting soil intended for hanging baskets. Ask about this at your locally owned, independent garden center, which is staffed by people who actually know something. They will point you to one or two potting soils that you've probably overlooked a hundred times. These specially designed soils hold water much better than ordinary potting soil.

Otherwise, growing violas requires zero expertise. They will put up with sun or shade, they are surprisingly cold-hardy, and available almost all year. (The new "ice pansies" even bloom through frost.) And they will behave like a perennial -- just shear back leggy growth to force them to rebloom -- although you would be forgiven for tossing the spent plants on the compost pile and buying a fresh six-pack every few months. They'll grow in any kind of container -- think strawberry planters, hanging PVC pipes with holes drilled in them, vertical garden frames, or "gutter gardens" -- a length of old gutter, filled with soil, with holes for drainage, suspended from wires or attached to a fence. It's a cool way to grow herbs, strawberries, succulents and other plants that don't have much root mass.

The ice cube trick also works with pansies, but here's another garnish idea: Make a very thin slice of lemon or lime, and cut a pansy so that a little bit of the stem is attached to the flower. Pull the stem through that little space in the center of the citrus slice (the hole left behind by the "central column," if you know your citrus anatomy) and float that in a cocktail glass.

Calendula. This is not the kind of flower you want to float in a drink -- it's too hefty for that. The individual petals make a nice enough garnish, but a drink with a handful of petals floating in it starts to resemble a salad more than a cocktail. However, the advantage of calendula is that it isn't colorfast -- so that bright orange hue will actually seep into vodka or simple syrup. (To make a simple syrup with anything from the garden, slowly heat equal parts sugar and water with a handful of flower petals, fruit or herbs thrown in. Once the sugar has melted and the colors or flavors have been extracted, strain it, cool it and use it as a mixer.)

Calendula, also called pot marigold, grows easily from seed. It's even easier to pick up a pack of them at the garden center. They are also very cold-tolerant: They'll bloom all winter in our mild climate. Colors range from yellow to pink to dark orange. There's even a variety called "Citrus Cocktail." The flavor, by the way, is slightly peppery, which won't work in every drink.

Nasturtium. Peppery flavor, pretty flower, a good garnish if you've got room in the glass. It's ridiculously easy to grow from seed, and you get more interesting varieties that way. If you're short on space, look for mounding as opposed to climbing/trailing cultivars. Renee's Garden Seeds offers a dozen options; I like "Cherries Jubilee."

I approve of Lemon Drops only when the vodka is infused with real fruit, not extracts, and only when you float a little bubbly on top to knock back the sweetness. I'm not a fan of the sugar rim, but if you want to do it, run a lemon wedge around the rim of a chilled martini glass, then dip the rim in sugar.

1 pansy with a small bit of stem attached.

Do the sugar rim if you are so inclined. Shake the first three ingredients over ice and pour into a martini glass. Slowly pour sparkling wine on top so it floats. (Segura Viudas cava, a Spanish brut, works well and is available in small, single-serving bottles.) Run the pansy stem through the center of the lemon slice and float that in the drink.