Drinks On The Waterfront

The unassuming bar, located at the corner of Commercial and Waterfront streets south of Old Town Eureka, is tucked between commercial fish packing plants, facing away from an unremarkable part of Humboldt Bay. But despite the name, you're not here for the view. Step inside and you're welcomed to a cozy space that feels like something forgotten: a working person's bar. You're as likely to hear a '00s hip-hop mix as a Johnny Cash album in Vista Del Mar, and DJs and events fill out the work week's nightlife. You'll find a shuffleboard table, a billiard table in the back room and several strategically placed TVs around the place, in case you want to catch a Giants game or episode of The Bachelor while you unwind. 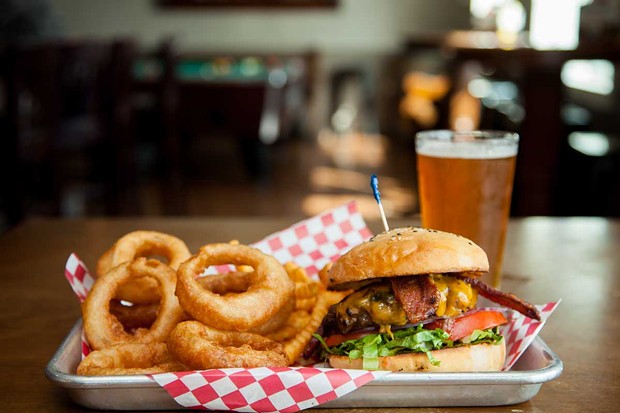 Vista Del Mar can range from mellow to raucous but the space absorbs the sound surprisingly well. You can find respite in a corner table or belly up with the after-work crew at the long wooden bar.

You'll find a friendly bartender there, too, and an extensive 22-tap beer menu that offers a wide array of IPAs, half a dozen brews on nitro taps, Humboldt Cider Co. ciders and even Lost Coast Brewery's root beer in case you're driving. Expect to see area favorites like Redwood Curtain Brewing Co., North Coast Brewing Co., Mad River Brewing and Lagunitas rotating in. There's a solid tequila selection but liquor-wise, the Vista hosts a whisky crowd that enjoys the basics on up to Blanton's. 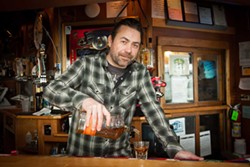 Don't expect to leave Vista Del Mar hungry. Maybe best to not make any plans for the rest of the night, in fact. Appetizers come out in heaps and entrees look constructed to refuel someone climbing off a fishing boat.

The Cubano sandwich has a devoted fanbase, as do the nachos. But fried food is why you come. Onion rings come out piping hot, the size of old fashioned doughnuts.

The house-made jalapeño poppers are engorged with cream cheese, with a nice crunchy breading. This time, the peppers were medium-mild, but be prepared for scorchers – also, these jalapeños are beasts, more like the size of Anaheim peppers.

Purists will raise their eyebrows at the fish tacos, but the tartar sauce and soft tortilla work well wrapped around battered and fried fish. 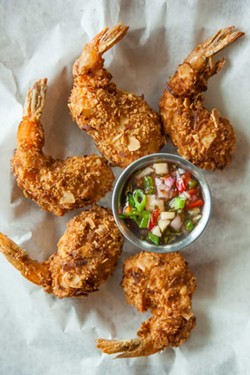 The firecracker shrimp, swaddled in panko with coconut and almond, are a particular treat. They're expertly breaded with a crisp cook and just enough sweetness to complement the shrimp and whatever pint you chose to wash them down. Don't be misled by "firecracker" — they're not spicy, though digging into the accompanying pico de gallo will give them some tang.

If you've got any room left, glance at the two-item dessert menu. Both the Oreos and cheesecake are served deep-fried, naturally. Based on prior, judgment-impaired experience, deep-fried Oreos are unnaturally good — light, warm and gooey. But don't take my word for it. This is your moment. 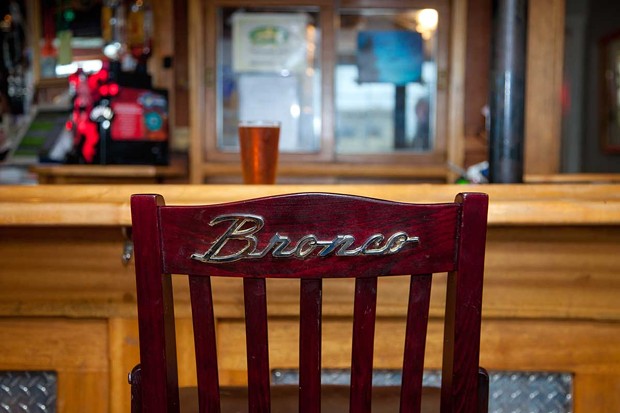