Dude, Am I Stoned? 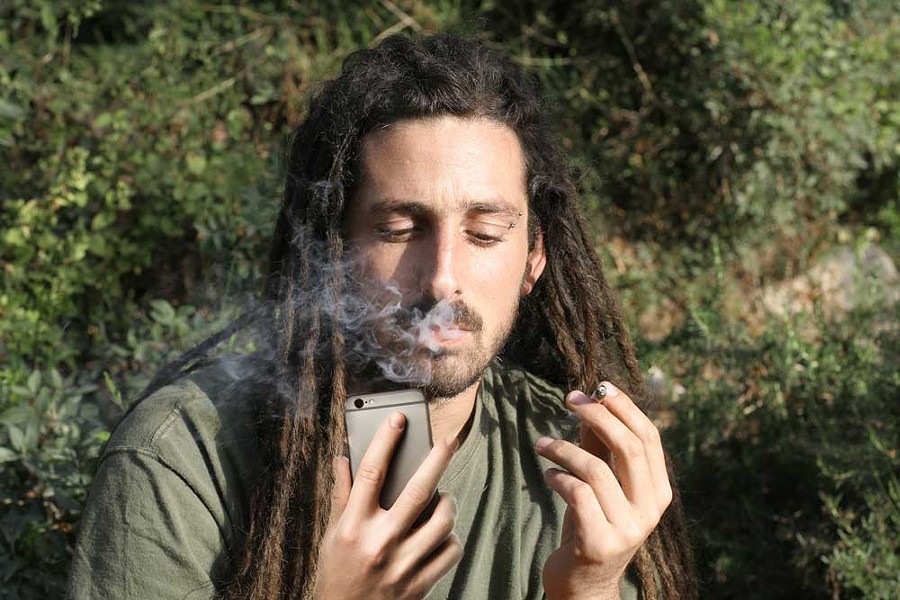 The frat-boy favorite Breathalyzer keychain may have a new, laid-back little friend.

Researchers at the University of Chicago have developed a prototype smartphone app designed to answer its namesake question, "Am I Stoned?" The app aims to "improve the safety of cannabis by making users more aware of their impairment," according to research team leader Harriet de Wilt, professor in the university's department of psychology and behavioral neuroscience.

The app asks users to complete a series of tasks on their phones designed to test their memory, reaction time and attention to determine if they are impaired. In a controlled study, researchers took two dozen non-daily cannabis users, gave half a placebo and half a pill with up to 15 milligrams of THC, and then had them perform a variety of tests. The study found four tests were effective in detecting impairment but researchers warn the app is not intended to predict a person's ability to drive, go to work or engage in activities that might cause harm.

So, much like the keychain Breathalyzer, the app seems more likely to play a starring role in the Stoner Olympics or become a footnote in scores of bad decisions than to spread awareness and promote public safety.

And, back to that name for a second. If you have to ask, you probably have your answer.

As revelers throughout Humboldt County braved lines to score some legal pot to celebrate 4/20, the state was hit with some sobering news: Revenues from the Golden State's first two months of recreational cannabis sales came in 11.5 percent lower than projected.

According to data firm BDS Analytics, customers bought $338 million worth of legal marijuana products in January and February of this year — a huge number but less than expected. While the lagging sales are noteworthy, they're not unexpected. The state has already cautioned that it expected sales to start slowly before ramping up as the year goes on.

Officials cite a plethora of reasons for the slow start but the two largest factors seem to be that large swaths of the state still don't have rules in place allowing recreational sales or have taken action to prohibit them altogether, and that taxes and compliance costs have legal weed selling at much higher prices than its black-market cousin.

To the last point, there's an interesting contrast going on right now between California and Oregon, which legalized recreational weed in 2016. Our neighbor to the north created a low-barrier regulatory framework that made it relatively easy for growers to jump into the legal market. That's proven good for consumers (they're reportedly paying $4 or $5 a gram for high-quality buds, compared to the $10 to $17 a gram Humboldt County customers are paying) but ultimately bad for farmers, who are facing fierce competition and flooded markets. (It's worth noting Oregon also capped combined state and local taxes at 20 percent, compared to the roughly 24 percent sales tax customers pay in Humboldt County, which comes after farmers have paid state and county cultivation taxes.)

After four decades in public office, Senate Minority Leader Chuck Schumer has had some kind of epiphany and decided the federal government should decriminalize marijuana.

Schumer has pledged to introduce legislation that would allow states to set their own rules and would prohibit the feds from any enforcement efforts other than, potentially, to crack down on interstate shipping from legal to non-legal states. The bill — which Schumer says he was inspired to introduce after seeing that legal weed did a lot of good and no harm in states that have taken the plunge — would not address those in prison or with records for convictions under prohibition (he says that's covered by Sen. Cory Booker's Marijuana Justice Act).

The New York senator's seemingly out-of-nowhere shift is so curious and abrupt it caused the first reporter to sit down and discuss it with him, Shawna Thomas of VICE News (seriously), to ask him if it was all just a ploy to troll cannaphobic Attorney General Jefferson Beauregard Sessions.

Schumer insists it is not. But reading all this, I can't help but ask, am I high?