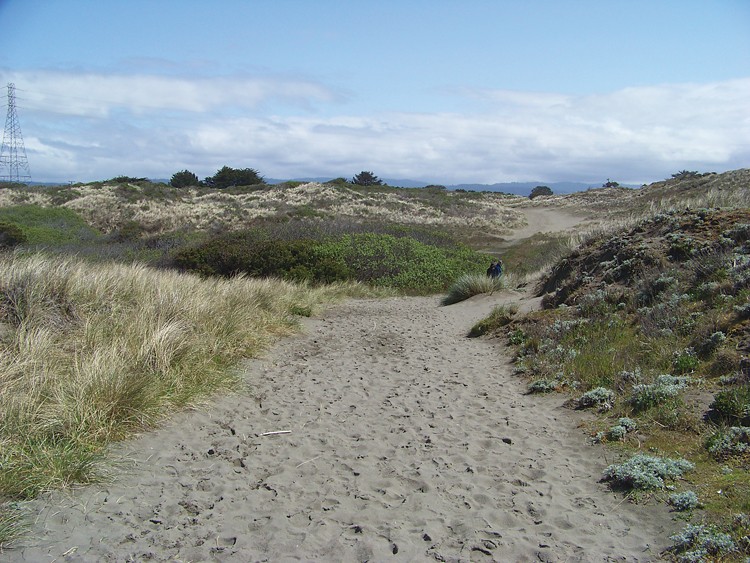 The coastal dunes along Humboldt Bay have lots and lots of friends, enough to put your Facebook count to shame. We're talking more than 250 different species -- species! -- of birds; more than 200 kinds of plants; and more than 40 varieties of bees. (Seriously? Wow.) Plus the Wiyot people, who have hunted and gathered there for thousands of years.

For eons these friendships were pretty darn stable, even as the dunes themselves drifted hither and yon with the waves and wind. Then came the invasive species, led by a virulent strain of white people. These uninvited pale folk were less than courteous to the Wiyot people (read: massacre) and rather pushy with the dunes, too. Not only did they drain and dike the neighboring marshy areas, they also introduced some aggressive foreigners, including iceplant and European beachgrass.

These botanical newcomers loved hanging out with the dunes, which was nice and all except for the fact that, like the bullies who brought 'em here, they tried to gentrify the place. Gripping the dunes with their tenacious roots, these invasive plants threatened to push out friends the dunes had known for ages.

Thankfully, some new friends came to the dunes' rescue -- groups such as The Nature Conservancy, the Lanphere Christensen Dunes Preserve and, starting in 1982, the Arcata-based nonprofit Friends of the Dunes. These pals set about restoring the coastal ecosystem and educating the surrounding community through guided walks, school programs, naturalist training and more.

This Saturday, the Friends of the Dunes will host their own birthday party at the Humboldt Coastal Nature Center (aka the Stamps House, that adorable Hobbit-dome shelter in Manila). "As part of our 30th birthday celebration, we are inviting the community to come out and see the Nature Center's new exhibits, hike the self-guided trail to the beach, enjoy music by the Spindrifters and, of course, have some cake," said Carol Vander Meer, FOD's executive director.

The event kicks off at 1 p.m. with music by the Spin Drifters. At 1:30 a short ceremony will honor the Stamps family who built the dome structure as a retirement home in 1985. At 2, birthday cake will be served and at 3 a trained naturalist will lead a dune wildflower walk. Kids' activities, including dune bingo and sand art, will be available throughout the afternoon. Show up early and grab a free poster of local artist Gary Bloomfield's new mural, "Humboldt Bay and Dunes." The Humboldt Coastal Nature Center is at 220 Stamps Lane in Manila.