A recipe for democracy (don't mess it up) 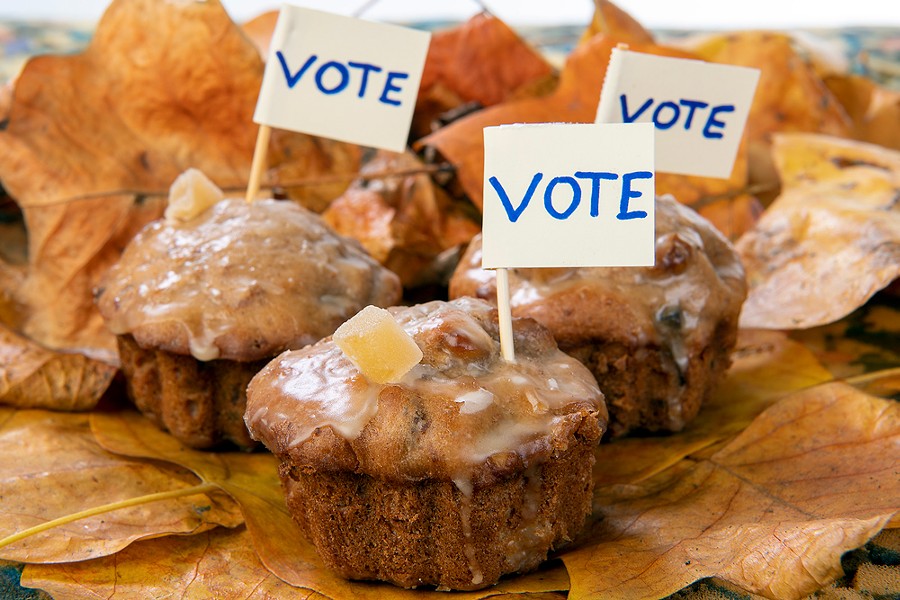 In the highly charged political culture of the day, hardly a word has been left untagged with electoral rhetoric. Take "patriotic": the darling of the conservative minority, coopting the red, white and blue, and displays of affection for our incredible yet terribly flawed nation. On the other hand, progressives have claimed "science," once a benchmark of Gen Ed, yet somehow now a popular elective.

Regardless of political bent, few seem to be enjoying the hostile bifurcation of our country. So far, 2020 has ushered in periods of civil unrest unseen since the Vietnam War era and the COVID-related deaths of almost a quarter-million Americans. Families are advised to stay physically distant by public health officials, and doubtless some are finding it a convenient way to avoid relatives whose yards bear the wrong campaign signs.

Wading into the mess, "vote" is often waved as a white flag that says, "I'm not here to fight with you on Facebook — just vote." Former First Lady Michelle Obama gave an impassioned speech during this year's Democratic National Convention wearing a V-O-T-E necklace and last week, Demi Lovato performed at the Billboard Music Awards in front of giant white block letters reminding us to "VOTE." At the same event, Lizzo accepted an award in a dress stamped all over with the word.

Personally, I'm clinging fast to the hope that November delivers swift and radical change. But if we believe in the project of American democracy, despite it being Swiss cheesed with holes (holes like racism), an election should be determined by the will of the people. People have fought and died for our privilege to vote. Other people are fighting right now to remove that right from immigrants, the differently abled and elderly Americans who desperately need the protections that will come with a new administration. With less than two weeks until Election Day, please, in the name of whatever you consider holy, vote.

To lean into the spirit of civic duty and make the most of our #staythefuckhome lifestyles, try baking your politics into this fortifying election cake. With an Americana twist on the boozy fruitcakes popular in colonial times, election cake recipes date back to the Revolutionary War. Cookbook author Amelia Simmons is credited with publishing the first election cake recipe in 1796, which called for a whopping 8 pounds of flour and 4 pounds of raisins. Women, who of course couldn't vote themselves, would bake massive quantities of the cake to encourage (white) men to participate. The tradition was a way for women, stripped of representation until 1920, to celebrate the crown jewel of democracy: Election Day.

A highly malleable recipe, my own version blends European and North American traditions by showcasing hearty dried figs, zesty candied ginger and Jack Daniel's. Traditionally baked as a Bundt cake, I downsized to a cupcake tin to stay in vogue with pandemic etiquette single servings. Feel free to use whatever dried fruits, nuts and brown spirits you have on hand — your election cake is your decision. Don't mess it up!

Grease a 12-cup muffin pan with butter or fill with cupcake liners.

Sprinkle yeast over the warm water in a large bowl. Stir, then let stand until the yeast has dissolved and the mixture bubbles on top, 1-2 minutes. Add ¾ cup flour into the bowl and stir until smooth. Cover and set aside in a warm place for about 30 minutes or until the mixture has large bubbles on the surface.

Meanwhile, place the dried fruit, walnuts, whiskey and 1 tablespoon brown sugar in a small pot over medium heat. Stir until the sugar is dissolved and mixture is hot and bubbling. Remove from heat and allow it to cool.

In a medium bowl, whisk together remaining flour, cinnamon, cardamom and salt.

When the flour-yeast mixture has risen, beat the butter, the remaining ¾ cup brown sugar with an electric mixer on medium speed until light and fluffy, 3 to 4 minutes. Beat in the eggs, 1 at a time, until combined, then add ½ teaspoon vanilla. Beat in the flour-yeast mixture. Reduce the mixer speed to low, then gradually beat in the flour-spice mixture, followed by the fruit-nut mixture. Beat on medium until well blended. The dough should be soft and elastic, almost like brioche dough or an extremely thick batter.

Distribute the dough evenly in the prepared cupcake tin, filling each no more than ¾ full. Cover the pan with a dish towel and let the cupcakes rise in a warm place for 1 hour. When cupcakes are almost done rising, preheat oven to 375 F.

Uncover the pan and bake until cupcakes are golden brown and a toothpick comes out clean, 18-20 minutes. Let cool in the pan and then loosen sides with a small metal spatula before removing each cupcake, allowing them to cool completely on a wire rack.

Before serving, stir together confectioners' sugar and orange juice, thickening to your preference with more or less sugar. Pour glaze over each cupcake and allow to set before serving.

Nora Mounce (she/her) is a writer and educator based in Humboldt County.