Embedded in a Rhythmic Universe

The Rhythm Devils, plus Ben Taylor, Absynth and the Folklife Fest 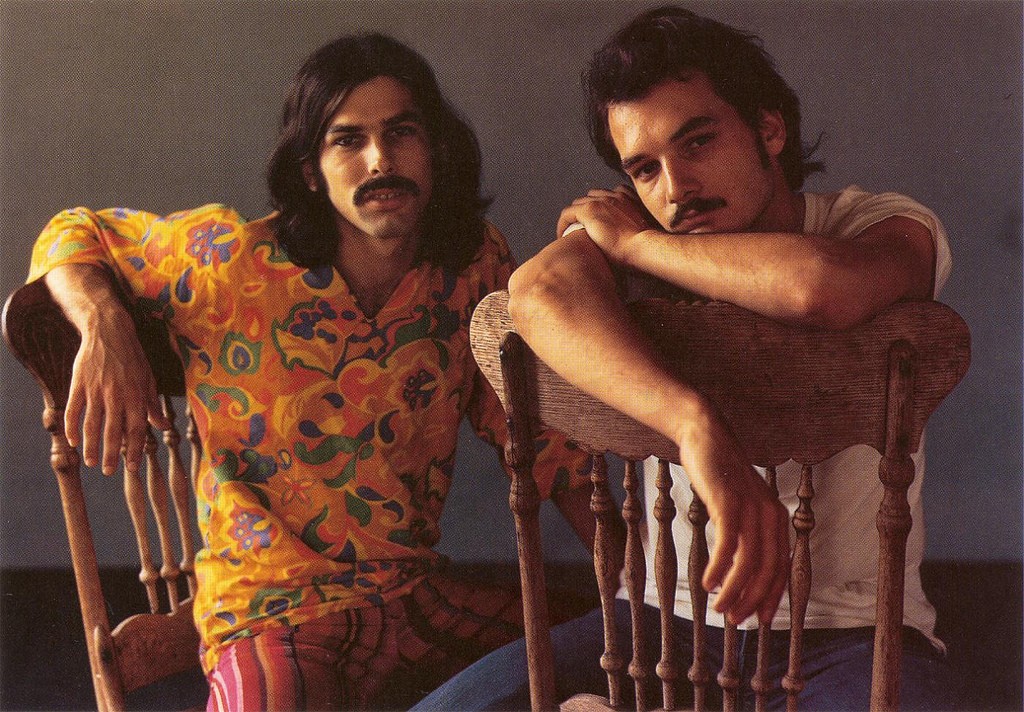 Once upon a time there was a band called the Grateful Dead. Ahead of the curve in many ways, they became the most successful touring band of all time and invented the very notion of the jamband. Legendary sets spun into extended improvisation that would shift from interstellar excursions by guitarist Jerry Garcia and the band into drum jams by Bill Kreutzmann and Mickey Hart, dubbed by Jerry "The Rhythm Devils".

"It originated in the ’70s," said Hart, calling from 360 Studios, his laboratory/archive in Sonoma County. "The fans called it 'Drums in Space.' The origin was me and Bill playing freeform percussion duets."

Fast-forward to a few years ago, post-Grateful Dead: Kreutzmann and Hart reunited briefly as The Rhythm Devils. "We went out as a rock 'n' roll band, kinda, for a very short tour, only 10 days. Now we've reconstituted the band and we're going to play a lot more. We changed it again. We've always thought of the Rhythm Devils as a work-in-progress, so we wanted to take it to a different place with different people... We're still concerned with rhythm, that's the kind of devilish business we're into. Not chaos, but rhythmic harmony and rhythmic entrainment. We want people to dance and have some fun."

Hart explained the laws of entrainment, discovered by scientist Christian Huygens in the 1600s, which basically say that things tend to move together in rhythm. That's part of Mickey's mission: Get the world entrained.

"The whole world is in rhythm in certain ways. When it falls out of rhythm, like with the BP spill, there's chaos, disaster. It's always pulsing from chaos to order, chaos to order. The laws of entrainment apply to the whole universe... It's a rhythmic universe -- we're embedded in it."

This time out the Rhythm Devils include Nigerian talking drummer Sikiru Adepoju and percussive jam-master Keller Williams on guitar. "He'll get a lot of guitar and singing time in," said Hart.  "Then we have Davy Knowles who pulls a mean blues string, and he sings too. Andy Hess is on bass, he's legendary, the baddest bottom in the West. It all flows right along. The possibilities are really exciting."

The Rhythm Devils begin their summer-long tour here in Humboldt Friday night with a show at the Arcata Theatre Lounge. Be there and get yourself in rhythm.

Meanwhile, same night, over at the Arcata Playhouse, songwriters Ben Taylor and Katie Herzig play guitars and sing their songs. Up until a few years ago, Katie was front-woman for the Colorado folk-pop band Newcomers Home. Now she lives in songwriter-central, Nashville, where she's been working on material for a new record. Her Wikipedia entry notes that she "was born in California to a musical family," but she's got nuthin' on her touring partner. Ben, aka Benjamin Simon Taylor, is James Taylor's son; Carly Simon is his mom. Of course he's been making music all his life, mostly in the folk pop vein. Yes, he sounds kind of like his dad, but I'm sure he'd rather you judge him on his own merits. Don't expect a bunch of covers. He writes his own songs.

Across town at the Jambalaya on a busy Friday, The Absynth Quintet plays music from their new album in the making, which I believe I own a piece of, since I signed up for their Kickstarter campaign. They just brought in a new bass player, John Ludington, who I know as an ace songwriter and musical surrealist. It'll be interesting to see how they use him.

Speaking of Kickstarter, Lila Nelson and The Monster Women both recently announced online campaigns looking for funding for music videos to be shot by Maria Matteoli (of Love Humboldt fame). See respective websites for details. The M-Women are having a party/BBQ/ concert at the Shanty Sunday to get the ball rolling.

Got a note from San Fran jammers New Monsoon re: their show Thursday (July 15) at Humboldt Brews: "A Midsummer Night's Monsoon Tour kicks off in dreamy Humboldt County. As it's been around three years since we last visited HumBrews, we really look forward to seeing all our friends from Arcata and environs along the coast. This show, along with the other two on the opening leg of the tour, includes support from our good friends Flowmotion, the great rock band from Seattle." If you're a jamband fan, you'll be there.

As you already know (assuming you saw the spread in the middle of the paper), the Humboldt Folklife Festival starts this weekend and runs until next Saturday with lots and lots of local music. It begins with a pair of dances at the Arcata Vet's Hall: Swing Friday with Falling Rocks, Contra Saturday with Sue Moon up from SoHum with the Wild Rumpus Band. Sunday is Annie and Mary Day in Blue Lake with Folklife doing a seven band Fiddle Fest. From there the action moves into Dell'Arte's Carlo Theatre. Monday's International Dance Showcase has at least five dance troupes including Samba na Chuva who seem to be everywhere.

Tuesday is Emerging Songwriters night with Jason Meyer, Chris Parreira and Josephine Johnson. Haven't heard Jason, but Chris' is all over the place strumming his guitar, blowing his harp and singing his songs in a strong baritone voice. His friend Marc Jeffares will join him on mandolin in Blue Lake. (You can also hear Chris Friday at Mosgo's.)

If you were at our big party last weekend you heard Josephine and friends (including Andrew Goff from our staff). She celebrates the release of her brand new CD, Elemental, with a show at Old Town Coffee and Chocolates on Saturday. The album title is an apt description of her sound -- she sings like a force of nature (a gentle force). I especially like the opening track, "Andrew's Song" (which has nothing to do with Mr. Goff). In an indirect way, it tells the sad story of Andrew Pease, who as Josephine explains in the liner notes "stood brave in the face of danger in the wrong place and wrong time." Andrew gave his life protecting his charge in a Eureka parking lot. Josephine honors him with a gorgeous song about love and letting it rain down.

Wednesday's Folklife Jazz Night is co-presented by the Redwood Jazz Alliance (their new season starts Sept. 24, details pending). Featured artists include cool pianist Easton Stuard, the fine young singer Rose Armin-Hoiland and, from HSU, The Slippery Society, a New Orleans-style combo. More on the rest of the fest next week.

As noted here last week, Sunday night in the middle of the (very local) Folklife Fest, top-flight fiddler, guitarist and songwriter Laurie Lewis and her equally-talented mandolinist partner Tom Rozum are in town for a show at the Arcata Playhouse, presented in part (probably somewhat reluctantly) by the Humboldt Folklife Society.

It's kind of a last minute addition but the hot L.A. funk ’n' soul band Orgone is playing at the Red Fox Wednesday, July 14, and if you picked this paper up early, there's still time to make the show. DJ Knutz and local funksters Crawdad open.

Of course the big show this weekend is the 26th Annual Reggae on the River. (I'll be there.) You say you don't like Reggae? The Fieldbrook Summer Music Festival runs Friday through Sunday behind Fieldbrook Family Market. Kulica plays Friday night. They're just one of a dozen local bands playing there over the weekend. Music in the great outdoors -- what could be better?