'Embedded in the Culture' 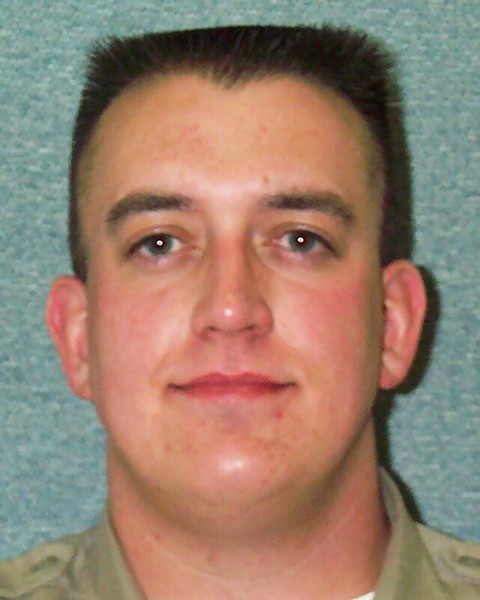 The Humboldt County Sheriff's Office internal affairs investigation that led to the firing of Sgt. Jason Daniels as he faced sexual assault allegations in 2014 was incomplete and unfair, according to the arbitrator's ruling that overturned Daniels' firing and reinstated his employment.

The Journal reported last year ("Policing our Own," June 10, 2021) that Daniels had been ordered reinstated by an arbitrator and was filling one of the sheriff's office's 17 sergeant positions "on paper," though he was not serving as an active sworn peace officer or currently on the payroll. But exactly what happened to Daniels — who was criminally charged with committing two counts of sexual assault on duty and linked to a racist and sexually explicit text messaging scandal — remained unclear.

The ruling of arbitrator Bonnie Prouty Castrey in the case — ordered released to the Journal by Humboldt County Superior Court Judge Timothy Canning on March 21 after the paper challenged the county's refusal to release it and other documents related to Daniels' employment — shines new light on the case but also raises scores of new questions. The arbitrator's ruling largely eviscerated the county's employment case against Daniels, ordering that he be immediately reinstated to his position, reducing his firing to a two-weeks suspension already served and ordering he be given full back pay with the maximum amount of interest allowable by the law.

"I find that there was not a full, fair investigation," Castrey wrote. "Furthermore, the discipline is far too harsh for the policy violations actually committed by an employee with an otherwise good record."

Daniels was arrested Oct. 19, 2013, by Humboldt County District Attorney's Office investigators after a woman alleged he'd sexually assaulted her while he was on patrol Aug. 29, 2013. A second woman then came forward to allege Daniels had similarly sexually assaulted her while on duty six months earlier. Daniels was acquitted of the charges in 2016, and subsequent court filings revealed that a search warrant served on Daniels' cell phone had found some 700 inappropriate text messages, many shared among co-workers and subordinates at the sheriff's office, that a judge had ruled inadmissible at trial. The texts — which have only been summarized and have never been fully made public — reportedly included terms ranging from the sexually crass (boobies, boner, vag) and sexist (bitch, cunt, slut, whore) to the racist (nigger, dot head) and homophobic (fag, gay-ass), according to court documents.

The arbitrator's report makes clear it was these messages that initially led to Daniels' firing exactly four months after his arrest, with the county later adding disciplinary charges related to the sexual assault allegations after Daniels' criminal trial.

But while Castrey does not indicate there is any evidence to suggest Daniels did not send "text messages containing racial and sexual" content to peers and subordinates while also failing to report similar messages he received — all of which was in clear violation of sheriff's office policies and the county's sexual harassment policy — Castrey found such conduct was "embedded in the culture" of the organization.

"Based on the five days of testimony and the voluminous evidence, it is clear that there was indeed a culture of very off-color sexual and racial 'joking' in this organization," Castrey wrote. "Further, they used these sick, off-color remarks and jokes as part of their work environment to relieve tension. As nothing was done to stop this behavior, the employees continued to engage in the behavior in spite of well-written policies. In short, the policies were not enforced for years so the behavior continued."

When the sheriff's office uncovered an official written record of these texts through the search warrant on Daniels' phone that identified other employees involved, Castrey further found the department did not search any of their phones, adding that "a full and fair investigation would have sought to discover just how widespread this texting was occurring and then determined appropriate discipline."

Regarding the sexual assault allegations, Castrey wrote no evidence was presented to "prove" Daniels was guilty of such "despicable" acts, noting inconsistencies in the women's stories and echoing points made by Daniels' criminal defense, which argued the women were "drug addicts" and unreliable. (Prosecutors, on the other hand, alleged Daniels targeted the women because they were marginalized and would not be believed if they came forward.) Neither of the women testified during the five-day administrative hearing — Sheriff William Honsal said investigators were unable to "get them there" — so Castrey relied on criminal trial transcripts for their testimony, saying she gave it "minimal weight" because she "could not view these witnesses" for herself nor question them.

While the ruling offers the public its first real insight into why Daniels' firing was overturned, it also leaves a host of questions unanswered and is arguably emblematic of why some feel arbitrators unduly favor accused officers.

In a groundbreaking study of 624 arbitration cases heard between 2006 and 2020 from "a diverse range of law enforcement agencies" across the country, Stephen Rushin, an associate professor at Loyola University Chicago School of Law, found arbitrators more often than not rule in favor of officers. Overall, Rushin found that in 52 percent of cases the arbitrator reduced or overturned police officer discipline and in 46 percent of cases involving termination, they ordered departments to rehire previously fired officers. And it's important to note these are disciplinary actions that were already supposed to have been the subject of investigation and internal controls and checks under laws — at least in California — designed to give officers extensive due-process rights.

In this case, the timeline itself is interesting and raises questions, as Daniels was fired in February of 2014 and acquitted of criminal charges in 2016 but his appeal wasn't heard until June of 2018, after which Castrey — who boasts a long resume that includes an appointment by President Bill Clinton to the Federal Labor Relations Authority — didn't issue her ruling until January of 2020.

Castrey's word choices also seem notable. She opens the opinion portion of her ruling likening an employee's firing to the "capital punishment of employment law." She then states that the "alleged sexual misconduct toward female civilians" was "decided" through criminal litigation, ignoring or at least misstating both the fact that the jury was deciding criminal charges — not violations of departmental policy — and was bound by the "beyond-a-reasonable-doubt" standard of criminal law rather than the "preponderance of evidence" standard at hand in a disciplinary proceeding.

Then, while the county described the content of Daniels' text messages as "racist," "misogynistic" and "sexist" — and, as noted, court documents filed by the Humboldt County District Attorney's Office indicate they included terms like "bitch, cunt, slut, whore, nigger, dot head and fag" — Castrey, though she deems them "gross," "sick" and "foul," repeatedly references them as "off color," "dark humor," "sexual joking," "racially charged" and "sexually oriented talk" without any reference to the use of sexist or racist epithets.

And, in illustrating that Daniels' conduct came within an organizational culture, Castrey recounts the testimony of a deputy who was trained by Daniels who said he was not offended by the texts without pointing out the potential conflict there. Similarly, she seems to attempt to discredit the testimony of a sergeant called by the sheriff's office by noting he had been present for a conversation about "various sexual positions" in the film The 40 Year Old Virgin with colleagues.

She also references the testimony of a female deputy who said she didn't report an incident (which isn't described in the ruling) that made her uncomfortable because "she wouldn't have been believed and 'the club' would have made her life ... difficult." But Castrey's ruling then immediately recounts allegations that the same deputy had herself shared inappropriate material with colleagues as though that invalidated her discomfort or fears of reporting it.

Ultimately, Castrey explains that because inappropriate "sexual banter" appears to have been so widespread at the time of the investigation and the department does not appear to have taken widespread action to root it out and prevent it, it is unfair to hold Daniels — a sergeant, who supervised a graveyard shift was a field training officer — accountable for sending inappropriate messages to peers and subordinates and for failing to report them from doing the same.

"This shocking behavior was known in the sheriff's office and was not corrected, until the appellant was disciplined," she wrote. "'The club' was embedded in the culture."

(When news of Daniels' text messages was first reported based on court documents, then-Sheriff Mike Downey said employees had been sent to "tolerance training" as a result of the internal investigation, though he declined to state how many, while the department's sergeants underwent additional leadership training.)

Attempts to reach Daniels for this story were unsuccessful.

Honsal, who was hired as the county's undersheriff the same month Daniels was arrested, appointed interim sheriff in 2017 and elected to the post the following year, said the whole situation is frustrating and he's had trouble making sense of the arbitrator's ruling. In one sense, he said it can be seen as an example of why he's been supportive of a system that allows third-party decertification of police officers or changes in state law to give the heads of law enforcement agencies more power to discipline and remove problem officers.

But Honsal said his organization has learned ways to tighten up internal investigations procedures as a result of this experience, and does not dispute the investigation unearthed a problematic culture within parts of the department.

"I think that was part of the reason Sheriff Downey brought me on board, is that he recognized there needed to be a shift within the agency — he recognized a cultural shift was needed," Honsal said. "We've been working for the last eight years to change that. We still have some issues we're uncovering but we're making significant headway and I'm proud of where we've come."

But the sheriff said organizational change and organizational excellence demand consistent leadership, which he said adds to his frustrations with the arbitrator's ruling in this case. He noted an officer's career can span 30 years, which can make culture change a lengthy process, especially when people are not held to account.

"If you're having your sergeant do this, if you're having your sergeant model this behavior, then that's the future of your organization," Honsal said. "It's just really disturbing. ... There should be a line and if that line is crossed — and I believe this is one — we can't employ this person as a deputy because they've failed to maintain that public trust. It's an honor and a privilege to do this job, so if you ruin the public trust you need to find another career."

As the Journal went to press with this story, Daniels remained classified as a county employee, presumably as negotiations continue over a settlement agreement for owed back pay and retirement credits. Additional Journal records requests associated with the case, meanwhile, remain pending.