Guitarist Jorma Kaukonen, plus Marco Benevento, the Black and Red Ball, a bit of blues and music for lonesome birds 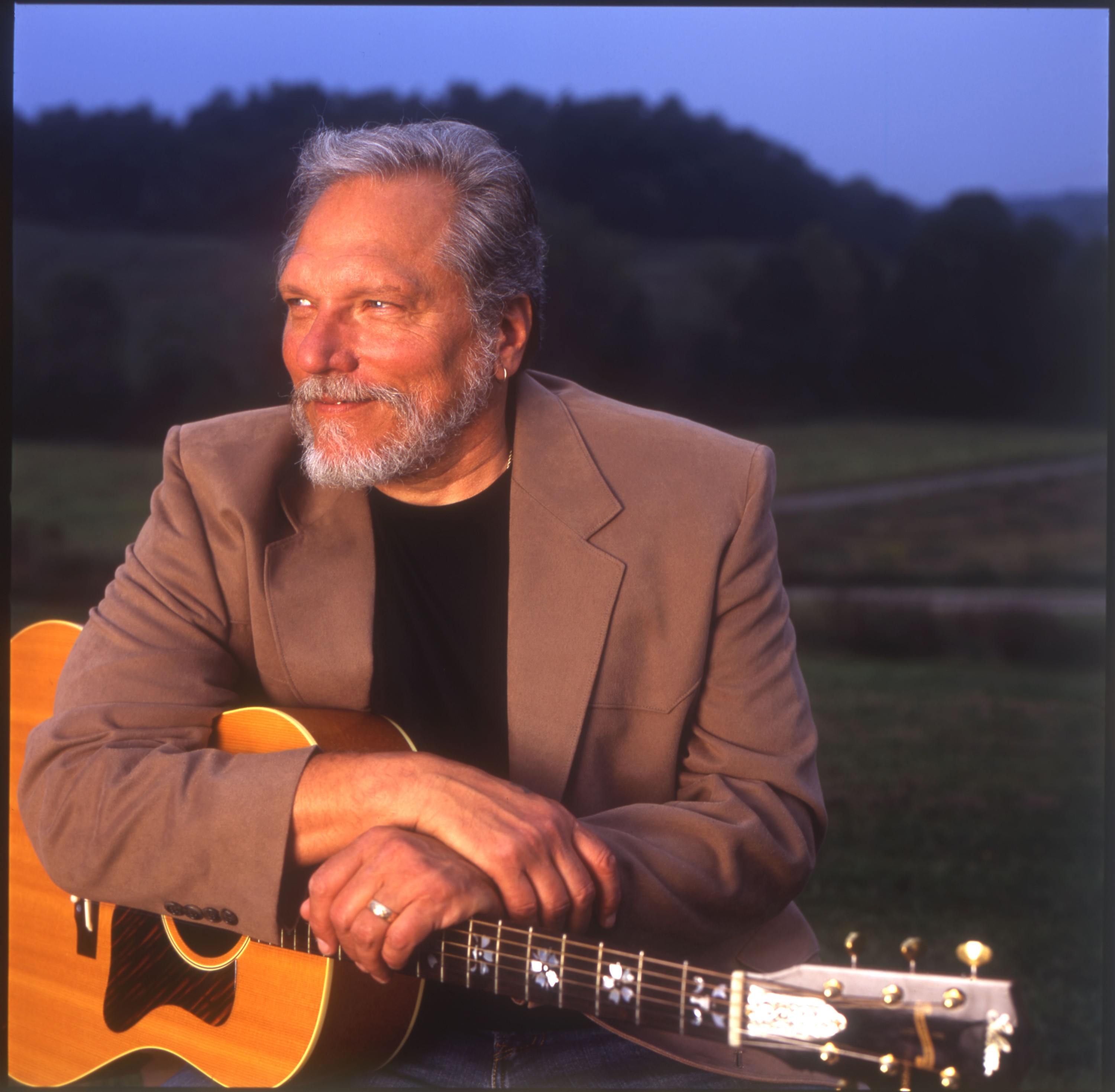 He's best known as the guitar player for the seminal San Francisco hippie rock band Jefferson Airplane, and as one of the founders of the acoustic blues combo Hot Tuna. But when he was in high school in the 1950s in Chevy Chase, near D.C., guitarist Jorma Kaukonen played the rock 'n' roll music of the day in a band called The Triumphs. When Jorma went off to college, he started exploring country blues and fingerstyle guitar picking, working with the late Ian Buchanan. "He took me under his wing and introduced me to Reverend Gary Davis, both literally and figuratively," said Kaukonen. "Ian really took a lot of time teaching me; in fact every song on the first Hot Tuna record is a song I learned from him, except for the original ones that I wrote."

You hear the influence of Davis and Buchanan in Kaukonen's mellifluous "Embryonic Journey" from the Airplane's Surrealistic Pillow album. With Hot Tuna, his fingerstyle acoustic guitar work took center stage. To this day, he still plays Davis' Piedmont-style blues tunes -- his own way. "Over the years I kind of developed my own style. I don't know what to call it," he said. "When people say, ‘What style do you play?' and they really want an answer I say ‘It's Piedmont-based,' but it's really singer/songwriter acoustic guitar playing."

Realizing the importance of good teachers in keeping the music alive, he started a music camp/school in 1989. "I have this place in Ohio called the Fur Piece Ranch. I've always enjoyed teaching, but one of the things about this is: I get to pass on the stuff that I do. And we have all these other guest instructors, so I get to keep learning stuff too, so it's a win-win situation for me."

With the camp in off-season, Kaukonen is on the road with Hot Tuna's latest mandolinist, Barry Mitterhoff, who also teaches at the school. The Fur Peace Ranch Road Show comes to the Arcata Theatre Lounge Wednesday, Feb. 6. Listen and learn.

New Jersey-born keyboardist Marco Benevento started out playing experimental jazz in the downtown New York scene and went on to success in the jazz-jam world with the Benevento Russo Duo with drummer Joe Russo. He then explored all sorts of music, augmenting his piano work with vintage synths and circuit bent toys, playing with Garage A Trois and Surprise Me Mr. Davis and in tribute bands: Bitches Brew Revisited (Miles) and Bustle In Your Hedgerow (Zep). See what he's up to now when his trio (with Dave Dreiwitz on bass and Andy Borger on drums) hits Humboldt Brews on Wednesday.

As if that's not enough choices for a Wednesday, there's also the Casey Driessen Singularity Tour at the Arcata Playhouse. Driessen is an accomplished Berklee-trained violinist gone wild. The basic premise of the tour: "One man. One fiddle. One pedal board," with the fiddler using an array of effects to build tunes layer by layer in real time. Looks good on YouTube: should be even cooler in person.

And speaking of fingerstyle guitar, Australian master Tommy Emmanuel brings his guitar to the Van Duzer Theatre for a show on Thursday. Emmanuel's picking is directly inspired by Nashville great Chet Atkins -- jazzy country, clean as a whistle.

This Saturday night at Humboldt Brews it's an evening of "Celtic rock" with Tempest, a wailing hybrid band founded just about a quarter century ago by Norwegian electric mandolinist Lief Sorbye. Local support comes from The Vanishing Pints, an Irish-inspired outfit that draws more from The Pogues than The Chieftans.

It's blues time once again at the Riverwood Inn Saturday night with harmonica ace Mark Hummel fronting Charlie Baty's latest band. Blues fans have fond memories of killer guitarist Baty from his years with Little Charlie and The Nightcats. That band split up in 2008 with Charlie going into semi-retirement and harp man Rick Estrin taking over The Nightcats. Keep an eye on the Riverwood calendar -- Estrin and The Nightcats are due to play there in March.

More blues (and R&B) on Saturday: It's the resurrection of ShinBone at the Logger Bar. That's right, guitarist Robert "Swamp Thang" Franklin is back in town to once again join harpist Chas Lewis, bassist Doug Cox and drummer Mike Meyers.

Atmospheric alt. electro outfits Hydrogen Bomb Island and Tabor Mountain are back from a tour and ready to join forces with the ladies of Blood Gnome on Thursday, luring you in with siren songs at Siren's Song Tavern.

Ba-Dum-CHH Comedy tries out yet another new venue Friday night, bringing the funny to the Bar-Fly Pub on the waterfront. That's also the night for the monthly Mateel Comedy Cabaret, this time featuring stand-up by a couple of L.A. comics, Dax Jordan and Richard Bain, plus the tantalizing Bada Bing Burlesque review.

Bad Kitty Presents is bringing New York City two-tone ska veterans The Toasters to the Jambalaya Monday along with Mrs. Skannotto, a fourth wave ska band from Rochester, N.Y. Heading into their 33rd year, The Toasters have a new record, The House of Soul, out on vinyl on their own label, and a series of 45s on the way.

Nicki Bluhm and The Gramblers are back in the tour van with an iPhone taped to the rear view mirror to capture more songs like Nicki's cover of "I Can't Go For That" (now pushing toward a couple of million YouTube views). Another west coast jaunt brings the band to Humboldt Brews Tuesday joined by Brothers Comatose, an S.F. alt. Americana outfit led by brothers Alex and Ben Morrison on banjo and guitar respectively.

Since Mad River Brewing's Pints for Non-Profits next Wednesday benefits the upcoming Godwit Days Spring Migration Bird Festival, it starts with music by birder Rob Fowler and friends (at 4:30 p.m.) before shifting to The Lonesome Roses (starting at 6:30). If you want the full birder experience, show up at the brewery at 1 p.m. for a guided "Birding Blue Lake Trip" or stay late to see some local owls.

That comes at the end of another busy week for Lonesome Chris Parreira. The Roses play Thursday at the Logger Bar, Sunday at Robert Goodman with chamber folk combo Kara's Lusca, and Monday at the Speakeasy. He's also playing with The Trouble Saturday at the Eureka Inn (after Arts Alive).

And speaking of Arts Alive, the local Native American art exhibition, "River As Home," opens Saturday evening at the Morris Graves Museum. Music that night is supplied by the Hupa tribe's keeper of regalia Merv George Sr. While he's led rock 'n' roll bands for several decades, Merv will playing solo, sticking to the Graves' baby grand. Should be grand all around.