Casey Neill and The Norway Rats, plus the Marco Benevento Trio, Hieroglyphics and memories of John 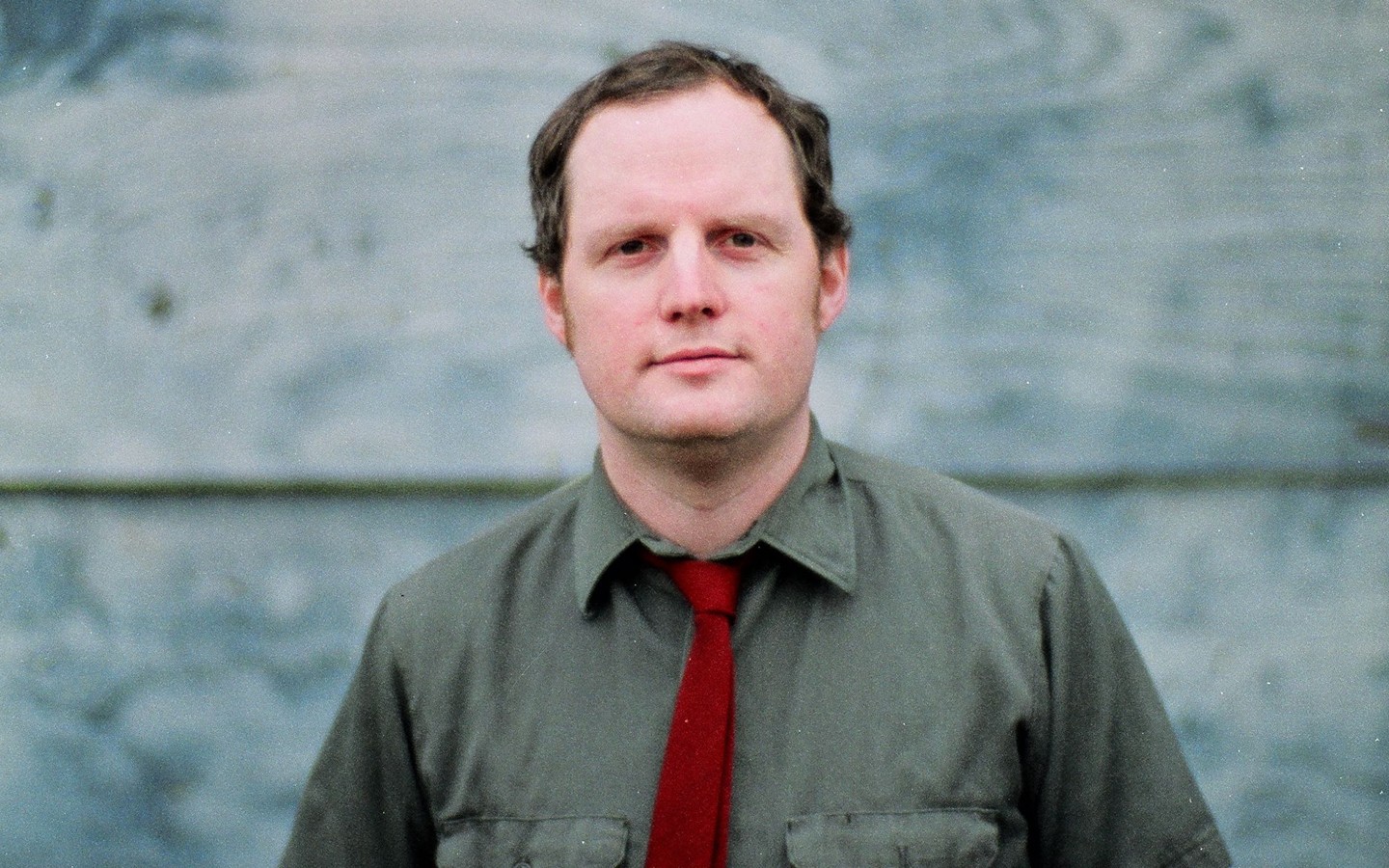 Casey Neill has come a long way since releasing his first album, Riffraff, 15 years ago. Back then the Evergreen grad was a folky politi-punk, railing against corporations and touring up and down the coast with his guitar doing Earth First! benefits and the like.

"Musically Riffraff sort of split the difference between the political punk and folk songs," Neill recalled in a phone call from Portland just before leaving town on tour. A foray into Celtic music led him in more rootsy directions. "But always keeping a foot in the activist world. That's where I came from and I don't want to leave it behind."

While there are still socio-political undercurrents in his new work with The Norway Rats, the feel of his 2010 disc, Goodbye To The Rank And File, is mellower with a vocal sound more akin to the Bruces, Cockburn and Springsteen (he's a major fan of both), than to the young punker of old. Not that he's changed his general world view: "We're not taking any orders, we're making our own plans," he sings with a touch of defiance on the opening track, "All Summer Glory." He shows he can still rock out on songs like "This Year Was A Blur" where he channels his inner Pogue (he fronts a side band playing Pogues covers).

"The [Rank and File album] title comes from 'When the World Was Young,' which is sort of the thematic center of the record," he noted. "Everyone in the band has been in various bands in the Northwest scene that have come and gone. We're all in our late 30s or so, at the age when a lot of people stop doing what we're doing, often for practical reasons. But we're still at it -- 'Here we are now entertain us.'"

Has he matured? "I feel like I'm playing the music I've always heard in my head and writing the material I want to come out of my pen. Rank and File isn't very political, but our shows are getting good and rowdy. It feels like we've gotten somewhere, I'm not quite sure where."

Casey Neill will be at Humboldt Brews to entertain us on Friday, playing new songs and old with the current Rats lineup: Jesse Emerson on bass, Ezra Holbrook drums and guitarist Chet Lyster who recently toured behind Lucinda Williams. My favorite ex-local folky, Lila Nelson, shares the bill. And adds Casey, "We'll be back [Saturday] Dec. 11 for a show at the Vets' Hall in Garberville -- Lila is with us on that one too."

Brooklyn-based keyboard player and "sound sculptor" Marco Benevento plays at HSU's Depot Thursday with bassist Reed Mathis (from Jacob Fred Jazz Odyssey and Tea Leaf Green) and Andrew Barr (from The Slip). While he worked the jazz/jam tip with his former combo, The Benevento/Russo Duo, the modern pianoman stretches in many directions on his latest, Between The Needles & Nightfall, throwing rock and pop elements into the mix as he crafts compositions that don't straddle genres so much as they create their own. Good stuff. Added bonus: An opening set by wild uke strummer and Les Claypool associate Gabby La La, who also plays toy piano, accordion, Theremin and sitar.

Chicago-born DJ Mark Farina has been spinning records (and whatever) since the late ’80s, mostly working out of S.F. His signature style -- a mix of jammy psychedelic "acid" jazz, funky West Coast hip hop, house and downtempo -- became a genre unto itself: Mushroom Jazz, particularly with a series of releases on Om Records with that name. Expect an epic mushroom set on Thursday at the Red Fox in a Bonus show also featuring DJ Touch and Conductor Cadence.

That same night Humboldt Brews has Psymbionic (aka John Burcham), a downtempo DJ out of Little Rock, The Glitch Report (a duo) and Humboldt homegrown dubsteppers Hypha and Nuka, all laying down glitchy beats.

Bonus has a busy Saturday at the Arcata Theatre Lounge with two separate shows. Early (5-ish) it's an all ages reggae thing with Ky-Mani Marley, who will also be signing copies of his new book, Dear Dad, about growing up rough in Miami outside the protection of Bob's clan. Later on (10-ish) underground hip hop takes over as the Hieroglyphics collective returns with Del tha Funkee Homosapien, A-Plus, Casual, Pep Love, Phesto D, Opio and Tajai all along for the ride.

Back in the psychedelic ’60s, when musical boundaries were breaking down, a family gospel band called The Chambers Brothers came out with a song called "Time Has Come Today." "Time has come today, young hearts must go their way, can't put it off another day," they sang as fuzzy guitars echoed behind them. One of the brothers, Lester Chambers, is still playing bluesy rock and will do so at the Riverwood Saturday night.

For the Deadheads, Jemimah Puddleduck hits HumBrews Saturday with Mark Karan from Ratdog playing guitar in a style that he says is "influenced by Jerry."

Also with a touch of Dead influence, Boombox, a Muscle Shoals-based electro-duo playing at the Red Fox next Tuesday. DJ/drummer/engineer Russ Randolph provides southern soul-style beats; vocalist/guitarist/producer Zion Rock Godchaux adds the rock, and the Dead connection: His mom, Donna Jean, sang for the Grateful Dead and later the Heart of Gold Band (they met when Randolph produced an album for Heart of Gold).

Seabury Gould serves as music director for An Evening with Rumi, opening Thursday and running through Sunday in HSU's Gist Theater with one of my former professors, John Heckel, directing a cast presenting works by the beloved Sufi poet. While Seabury is mostly known locally for Celtic music (he's part of Scatter the Mud), he's way into Rumi too and recently released a CD, Let That Musician Finish This Poem, with Rumi poetry set to music. As Seabury noted in a recent email, "The CD will be for sale at the performances of An Evening with Rumi." He ended with an appropriate Rumi quote: "God's joy moves from unmarked box to unmarked box, from cell to cell... ." (Look for more about the "Evening" in the Calendar and in Stage Matters.)

Seabury is also a longtime Beatles fan (who isn't?) who has been playing Fab Four tunes since his teen years in Philly in the '60s. Later, while living in SoCal in the '80s, he founded a Beatles cover (or tribute) band, The Better Band. More recently, a couple of summers ago, Seabury and Joel Sonenshein led a moving, very successful Beatles sing-along at the Humboldt Folklife Festival (a quick aside: Joel's monthly sing-along at the Arcata Community Center is this coming Tuesday). I mention all this because Seabury is part of a John Lennon Memorial Concert next Wednesday at Old Town Coffee and Chocolates.

Over the weekend I watched the PBS American Masters show LENNONYC, a wonderfully heart-wrenching doc about John's time in New York in the '70s leading up to that tragic day -- Dec. 8, 1980 -- when a crazy fan shot him down outside the Dakota. To mark the 30th anniversary of his death, Seabury joins forces with another former Philadelphian, singer/songwriter/actor Bob Beideman (also "spokesman for a certain wandering spectre" aka Carpathian) and JP Reese for Wednesday's evening of music by John.