Minnesota man hopes to be on the job 15 years 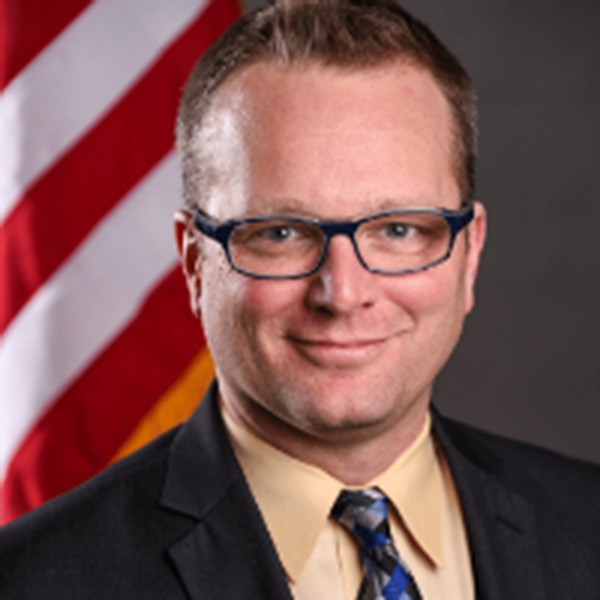 The first thing incoming Eureka City Manager Dean Lotter and his wife Wendy did after arriving in Humboldt County was pick up a rental car and hit the streets, set on the idea of getting lost in the city he hoped to helm.

The couple — both raised in the Midwest — had already been scoping out houses on the internet and had a particular one in mind. While driving around town, they decided to try to find it to check out the neighborhood.

So, Lotter said, he stopped on a random Eureka side street to look up directions. Suddenly, realizing his wife was giving him a sly smile, Lotter said he asked her what was going on. She told him to look to his left.

"Where I pulled over was directly across the street from the house we were interested in," he said.

From there, events unfolded quickly.

The next day, Oct. 11, Lotter was mingling with fellow candidates, officials and interested residents during a meet-and-greet event at the Wharfinger Building. Less than 24-hours later, he was answering questions before a seven-member community panel. Then he went on to be interviewed by the Eureka City Council.

By that evening, the city manager of New Brighton, Minnesota, was offered a new job here on the West Coast, rising to the top of 40 applicants in a months-long recruitment effort that culminated in five finalists making their way to Eureka for the last stage of the process.

"It's a lot of reality that's happening really fast," Lotter said during a recent interview with the Journal.

Sitting on the community panel was Sean McLaughlin, who said Lotter stood out to him even in a crowd of solid candidates, including the city's current Public Works Director Brian Gerving and Community Services Director Miles Slattery.

McLaughlin said Lotter impressed him by opening up about some difficult situations he has dealt with in his past two city manger posts, including having to discipline a close colleague.

"It felt like he was telling us some really personal aspects of a story that made it very difficult to share," he said. "There was a sort of genuineness that made me feel like he would fit here."

McLaughlin also mentioned how Lotter talked about the need for a city manager to be a guiding hand, whether stepping in to quell a dispute between council members or helping recently elected officials make the transition from the campaign trail to decision-making at the dais.

Overall, McLaughlin said, he thought Lotter expressed a certain "sophistication" in his approach to running a city, understanding that the "role is more than just a passive implementation of (a council's) policy."

Saying he appreciated the opportunity to participate and complimenting the city on how the selection process was organized, McLaughlin also expressed concern at the lack of diversity among the finalists, all of whom were white men.

He said he hopes that fact wasn't lost on Lotter and that, as city manager, making sure the city is working to "direct and reflect" the diverse needs of the community "will be on his radar."

The current plan is for Lotter to land in Eureka by December, celebrating his 50th birthday some 2,000 miles from his current home in New Brighton — a suburb of the bustling Twin Cities — and starting work in city hall before the holidays.

Lotter said he is not "naïve" to the many issues facing Eureka, including blight, homelessness and the overt ravages of the opioid crisis, all of which has many frustrated community members feeling pushed to the brink.

In fact, Lotter said he's planning to stay for the long haul, looking to spend at least the next 15 years at helm of the "Queen City of the Ultimate West," which he said is a "good amount of time to make a real difference."

That would make him something of an anomaly in the world of city managers, where the average tenure runs five to seven years, although both of his last two posts have been longer term.

Fifteen years would see Lotter serve longer than David Tyson — who held the post for a decade in the aftermath of a rotating series of city managers. Current City Manager Greg Sparks is leaving after five years and his predecessor Bill Panos didn't make it a year.

Lotter said he understands there are some divisive issues facing Eureka, pointing to the Facebook message Eureka Police Chief Steve Watson wrote in May about a group's plan to protest a Humboldt Area Center for Harm Reduction community picnic in Sequoia Park, voicing concerns about what he saw as "some very hostile and threatening speech."

Describing Watson's post as "passionate" and "very classy," Lotter said he drove around the waterfront and knows the issues with needles and drug use are an "obvious problem."

"I wouldn't invest the later portion of my career in a city I didn't feel had opportunity," he said, adding part of his job as city manager is to find and foster that opportunity, as well as engage the community in long-term planning.

And, Lotter said, he is always willing to meet with people, especially those who perhaps don't see eye-to-eye with his approach.

"They can yell at me all day long, that's the territory of the job," he said. "What I hope they do is give me a chance and give me some time and get to know me."

Technically, things aren't official until Nov. 5, when the council is slated to take up Lotter's contract, according to City Clerk Pam Powell. When the council met in closed session Oct. 12, it directed the city's recruiter by "consensus" to extend an offer to Lotter and begin negotiating his contract.

While the details were not available before the Journal went to press on Tuesday, the salary range advertised for the job was $155,000 to $175,000.

Meanwhile, Lotter and his wife are preparing to set down West Coast roots with their rescue dog Queso after a lifetime in the Midwest, where last winter temperatures dropped to 75 below with the windchill factor.

"If it's 45 degrees and raining in the winter, it's going to be balmy for us," he said.

Lotter noted that the community has been very welcoming and he's already received emails of congratulations from folks he met during the community forum.

"That doesn't happen in most places and that was quite touching," he said.

As for the dream house Lotter and his wife serendipitously ended up in front of that first day in town? Well, when the couple called to make an offer, someone else had beaten them to it.

Right after they got back to New Brighton, the Realtor called. Turns out the other deal had fallen through. Now, the house is theirs.

"Things are lining up like you wouldn't believe," Lotter said.

Kimberly Wear is the assistant editor at the Journal. She prefers she/her pronouns and can be reached at 442-1400, extension 323, or kim@northcoastjournal.com. Follow her on Twitter @kimberly_wear.