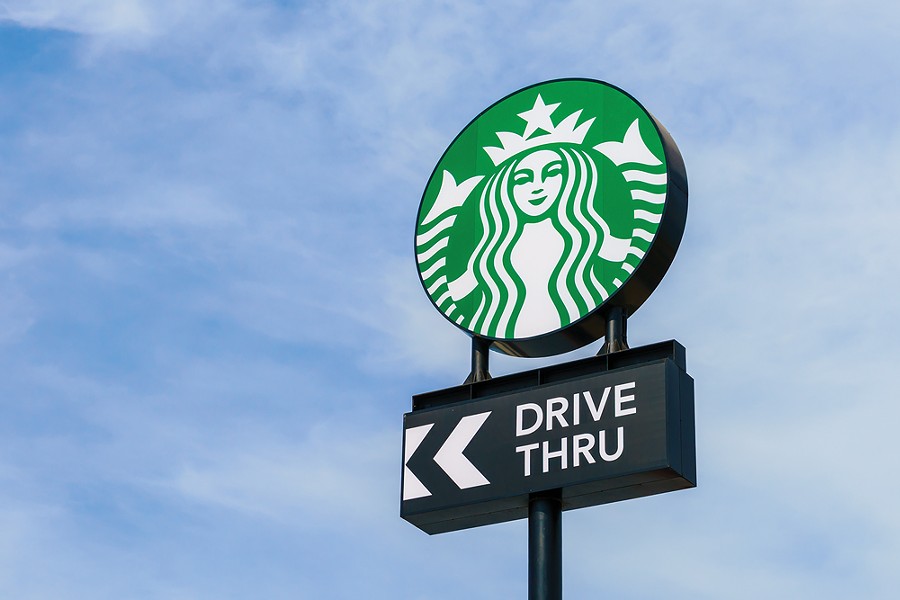 The peeling exterior of Annie's Cambodian belies its bustling interior, decorated with paintings and carved wooden statues, and warm with the smell of dishes cooked with lemon grass, anise and kaffir lime leaves that have won it a steady following. It's a customer base used to seeing Chin and Annie Chau, as well as their daughter Laura Chau-Yang, cooking in the pass-through window to the kitchen. When the Lost Coast Outpost reported Feb. 25 that the building's owner had submitted a proposal to knock it down, along with the adjacent closed Subway and Sizzler restaurants, to build a Starbucks and another restaurant, both with drive-thrus, that clientele was vocal in its opposition.

The online petition opposing the project and urging people to attend the Eureka Planning Commission meeting where it will be discussed (April 11) focuses on a trio of issues: the loss of a beloved local business that's managed to survive the economic fallout of the COVID-19 pandemic, potential traffic congestion and loss of Humboldt's unique character to a growing number of corporate fast-food chain restaurants. These concerns, while immediate for Annie's Cambodian, have been brewing amid a recent surge of chain openings along Broadway.

Unlike Arcata, Eureka does not have a cap on the number of corporate chains — "formula" restaurants, as they're named in the Arcata ordinance — keeping new ones from being built until an existing one closes. But the current controversy over Annie's Cambodian has brought the issue to the fore, prompting Councilmember Leslie Castellano to request adding consideration of a moratorium on drive-thrus to the next meeting's agenda. From the gridlocked openings and long lines at In-N-Out and KFC, it would seem Eurekans have an appetite for chains. But as the U.S. Highway 101 corridor through town crowds with their signs and locally owned restaurants struggle, many are wondering if unlimited growth of corporate chains is good for Eureka.

Laura Chau-Yang does a little of everything at Annie's Cambodian: washing dishes, waiting tables and cooking. Weighing the family's options, she says shutting down is a last resort, especially for her mother, Annie. "She loves cooking and that's her passion and she loves sharing her cooking and seeing everyone enjoy it," Chau-Yang says, noting customers have told her they would miss the restaurant experience if they switched to a food truck. But finding an affordable, comparable space that wouldn't require a lot of renovation has been difficult. "Annie's is such a small mom-and-pop shop that we don't have the backing of like a franchise or something corporate to put down the money for that."

"We are looking and trying to look at all avenues right now," Chau-Yang says, adding the family would like to stay in Eureka but would consider Arcata. "We're still up and running until the landlord tells us you've got 30 days to move out ... We're doing everything we can and scrambling. ... I don't know what [the petition] can help. If anything, maybe it can get us more time."

She acknowledges that an owner of private property has the right to do what they like with it.

Victor Chiang of Humboldt QOZ Fund, LLC, the Bay Area developer that owns the property, says the timeline is not entirely up to him and Annie's Cambodian is on a month-to-month lease.

"You'll have to check with the city in terms of what's the typical permitting process," he says. "I think at least six months."

Eureka City Manager Miles Slattery says the economic development department is working to help the restaurant find another spot, possibly a city-owned property. "I can assure you that in that in six months we'll find a place for Annie's to be," he says.

Humboldt QOZ Fund, LLC's proposed plan requires a conditional use permit, since it includes restaurants with drive-thrus. According to Kristen Goetz, principal planner for the city, the planning commission will look at whether the project meets zoning requirements, how it impacts public health, safety and welfare, as well as whether it conforms to land use plans. There'll be consideration of impacts on the neighborhood, like traffic, as well as mitigation options, like the traffic light installed for In-N-Out. Since the project lies within the coastal zone, it also needs a coastal development permit, for which the commission will look at whether it conflicts with coastal regulations and resource protections. Goetz says new construction also goes through a design review process, determining whether the planned building is "ugly, inharmonious, monotonous or hazardous." She chuckles at the wording: "Not sure how much more subjective we could get."

What those permit processes don't include are consideration of economic competition or the displacement of local businesses, or how many drive-thrus Eureka has already (though CalTrans will look at traffic flow on and off the property since it's on U.S. Highway 101). And without any limits in place, "If 90 people came and applied, we'd have 90 applications to work through," says Goetz. In fact, her department already has another application for a cluster of drive-thru restaurants in the corner of Target's parking lot, which is owned by Santa Ana-based Tab Johnson. She notes that if a business owner or resident has "a persuasive argument [against a proposed development], the planning commission can take that into consideration ... they're certainly willing to listen." But she can't recall a petition ever halting a project.

Chiang's name and contact information are also on an application for demolition and construction of another Starbucks and Subway on the site of the Pine Motel at 2411 Broadway. "Eureka's just attractive in that there's a lot of traffic, it's on the 101. There's a lot of vacancy so it's not to say that only a franchise would be interested."

He says he hasn't looked at the petition.

"I don't make the market," he says. "I'm just a small developer; I can't tell people where to shop. I don't do that. That's a function of the larger economy that I don't control. The chains, as much as people like to vilify them, it's a brand. It allows the franchisee a model that they can work with. ... In some ways, it would benefit the local businesses like the hotel, or even mom-and-pop businesses in the area. ... Just having more traffic creates synergy," making Eureka a "food node" on the way up the coast.

However, the idea of the local franchisee Chiang references has largely vanished. While Humboldt's McDonalds restaurants are locally owned, the Burger Kings are not and KFC is among a stable of more than 80 restaurants owned by a group in Oregon. As for Chipotle, In-N-Out and Starbucks, none of those companies sells franchises. As for whether the chains benefit local restaurants, not everyone is convinced.

Castellano says with a laugh, "I haven't had anyone come to me with the desire for more fast-food restaurants." She says Annie's Cambodian "returned" the idea of a drive-thru cap to her radar but it isn't the first time she's considered the idea. She says chains like Starbucks have shown their ability to undersell and overwhelm local businesses. She'd also like to see visitors get out of their cars and see Eureka.

"I think [chain drive-thrus] do meet the desires of some of our citizens and, at a certain point, in my opinion, they do determine people's perception of a town ... and they do have an impact on smaller businesses," she says, adding that, with that in mind, she's asked city staff to research and present options like a moratorium or limit on the number of drive-thrus in the city. "My concern is that if we don't do anything there'll just be this constant rise and fall of fast food, and I don't think anyone wants to see that."