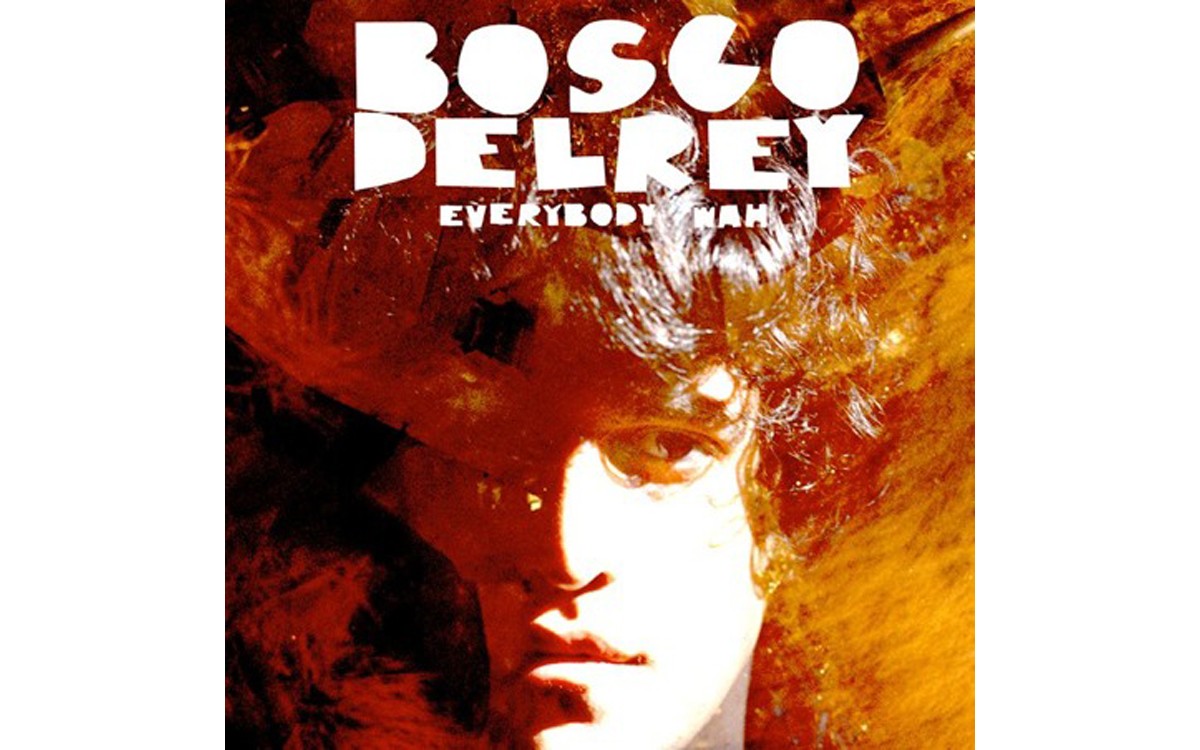 At the conclusion of a long conversation with my friend Candace, a music aficionado who lives in Memphis, she recommended checking out Bosco Delrey's Everybody Wah, which was recorded in her musically-rich city. "Who?" I wondered. She repeated the name in her deep Southern twang, adding, "It's T. Rex mixed with hip hop."

In fact Bosco Delrey has been generating a moderate buzz after several 7-inch vinyl singles released by Diplo's Mad Decent label (Diplo is a producer/DJ known for work with M.I.A. and Bjork among others). Delrey's debut full-length, Everybody Wah, is a fanciful concoction of cheap guitars, old synthesizers, organic percussion, a drum machine and reverb-treated vocals, channeling '50s rock 'n' roll the way Marc Bolan of T. Rex used it, transforming it in layers. In Delrey's case, that means supplementing a big drum sound with various dancebeats while employing a simple lo-fi aesthetic (as opposed to a slick studio tone). My friend was right (sort of); Delrey's infectiously fun record recalls the clever early work of T. Rex, but also The Beta Band and Beck.

Everybody Wah was recorded at the rebuilt and relocated Easley-McCain Recording (it's former site, where Sonic Youth, Guided by Voices, Reigning Sound and Pavement laid down tracks, burned down from an electrical fire). The record opens with "Baby's Got Blue Flame," setting a tone of '50s-style slap-back vocals, a distorted drum beat, chords strummed on an old acoustic guitar and a '70s-era synthesizer pop riff. And it works.

The hopped-up "Don Haps" is a terrific marriage of Eddie Cochran and T. Rex (including the back-up vocal melody line). The East Indian-flavored pop of "All Are Souls Are Same" uses an acoustic 12-string in place of a sitar, with a thunderous floor-tom (and timpani) drum beat, violin and synthesized string providing counterpoints. The catchy "Glow Go the Bones" provides perhaps the best cut with a straightforward "band-like" approach that allows for textural space.  Even tackling the often-used Ronettes' "Be My Baby" drum riff for "Down We Go," Delrey creates a psychedelic lounge atmosphere, infusing the spirit of Elvis' "Blue Hawaii" in the surreal blend.

Everybody Wah captures an eccentric view of pop's past that recalls the oddball brilliance of Sparks, treating influences with a reverence and tongue-in-cheek humor. Delrey's already drawing attention from the likes of Beastie Boys' Ad-Rock (who remixed his single, "Evil Lives") -- it will be interesting to follow his musical path. Presently, it's his distinct approach -- culling varied influences and throwing them into an interesting blender -- that makes Everybody Wah not only a helluva debut, but also a perfect inclusion in this year's summer record bag.