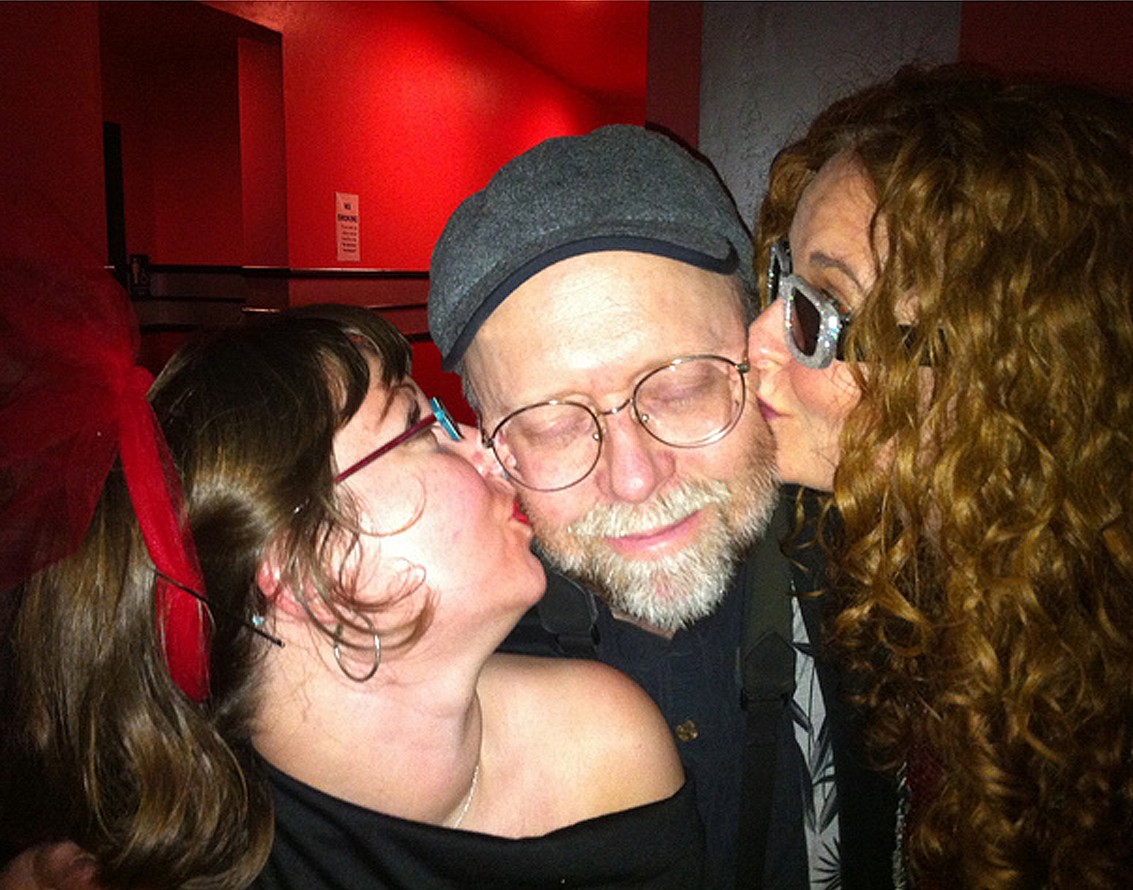 A long, long time ago, way back in the 19th century (1886 to be more exact), the city of Arcata took a great leap forward with the establishment of a weekly newspaper, the Arcata Union. A temporary small step backward came toward the end of the 20th century when the paper's later-day publisher downsized the paper out of existence. Published for 109 years, the Union had had a lot of employees over the years, including a few who are still in the local news biz today. Among them are Judy Hodgson and Carolyn Fernandez, owners of the North Coast Journal, Jack Durham, publisher/editor/etc. of the McKinleyville Press and Kevin Hoover, who began publishing the Arcata Eye in 1996 to fill the void after the demise of the Union. (Full disclosure: This writer was a Union freelancer up until the end.) Not long after launching his venture, Hoover began throwing annual parties for his readers, at first just for fun, but in recent years also to help fund the operation of his worthy, yet increasingly less profitable journalistic enterprise.

This weekend, the paper presents its 15th Arcata Eye Ball, a multifaceted celebration of the hyper-local newspaper with drama, comedy, dancing girls, magic, mayhem, live and silent auctions, and of course, music.

Former Arcata Mayor "Bad" Bob Ornelas serves as master of ceremonies. Thespians from Dell'Arte return for another round of dramatic interpretation of excerpts from Hoover's world-renowned Police Log. Rutabaga Queens from Kinetic Universe offer some sort of kinetic kraziness. You'll be astounded by the shenanigans of International Superclown Shea FreeLove, and thrilled by the enthusiastic dance routines of the Eye Dolls, aka the Bat ‘N' Rouge Pom Pom Queens. The always colorful Eureka Sisters of Perpetual Indulgence oversee the auctions, with a portion of the proceeds going to the Eye and the rest to provide dentistry services for disadvantaged children via the Union Labor Health Foundation's Dental Angel Fund.

The event's main feature is the all-star cover band to end all cover bands. The Arcata Eye Rockestra, a 15-member aggregation, is led by Kevin Hoover himself on drums. The rest of the lineup: Hoover's younger brother Kelly Hoover on keyboards and guitar; Terrence McNally from Sad Wings of Destiny; "Best Solo Musician in Humboldt" Josephine Johnson on vocals; 3rd District Supervisor Mark Lovelace on guitar; Andrew Goff of 7-Oh-Heaven fame on bass, guitar and keyboards; Pete Ciotti of Full Moon Fever and The Nucleus on drums and guitar; Wolf Navarro of Silent Giants and Phish cover band Sloth on guitar; Marla Joy from The Bayou Swamis etc. on bass, sax and flute; Ross Rowley from The Delta Nationals on bass; folky bluesman Rick Park on guitar; Rob Amerman formerly of The Zygoats on guitar; Kelly Brannon on drums; Dan Davis on bass; LoCo blogger Hank Sims on guitarrón, and most of the above sharing vocal duties. Watch for the collaboration between Sims and Goff on songs written by the outsider artist and former Arcata man-about-town "Ragman" Pete Villarreal. While the ball is a family-friendly all ages affair, those under 18 must be accompanied by an adult.

The 15th Annual Arcata Eye Ball unfolds on Saturday, Feb. 18, starting at 7 p.m. at the Arcata Theatre Lounge (1036 G St.). Tickets are $15, two for $25, available around town including at the Arcata Eye office and online at arcatatheater.com. Further details (including a series of stories about the Rockestra) can be found at arcataeye.com.