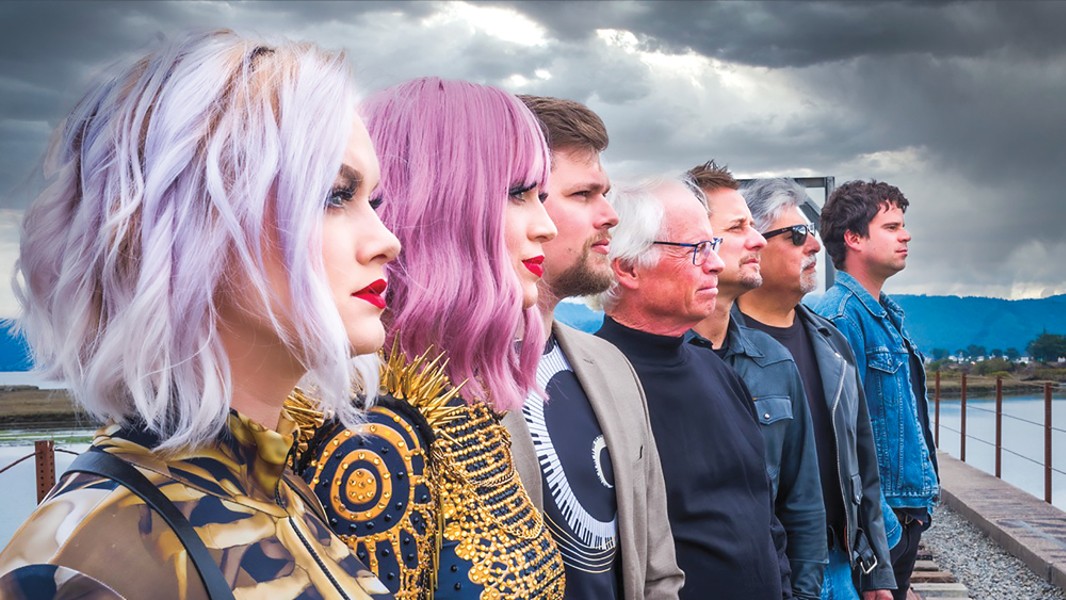 Well, it's the end of the line for 2022. Can't say that I'll miss this year too much; perhaps its greatest gift is the ease in which I find myself giving it up. Like many years before it, the nightlife is heavily weighted on the hingepoint of the New Year, which falls on a Saturday. That means after the revelry, everything is going to be a bit of a ghost town for a while, so I am focusing this week's attention on the big night itself, with quite a few options.

As far as looking forward to the New Year, I will say there have been a few nice events which augur well for a better world, locally at least. On the solstice, a new city council was sworn in, one entirely composed of women. And while I generally don't have much good to say about identity politics, as in America they tend to be cynically used as a substitute for genuine leftwing policy, there is still something psychically satisfying about having this configuration in city hall after all the bad weirdness and drama of the last year. Plus, I'm convinced that Sarah Schaefer is going to be a really great mayor.

Meanwhile, the rain has been prodigious compared to recent times, and the streams and rivers, some of which are losing old, obstructive dams, are looking charged and healthy. There's a metaphor here somewhere that dovetails nicely with my previous point, but my words aren't quite there to properly express it at the moment.

What I will say is that I hope that all of you, no matter how you choose to celebrate, stay safe out there, don't drive drunk, but do "drink a cup of kindness yet, for the sake of auld lang syne."

Redwood Curtain in Eureka has been stepping up in its live music hosting game. One such act on tap is Oryan Peterson-Jones, whose acoustic primitive folk Americana sounds are always a welcome thing to my ears. Six p.m. is the time and the show is free.

Just in case you don't feel like getting out there for New Year's Eve proper, Diggin Dirt still has you covered, as the band is playing a warm-up gig for tomorrow's auld lang syne gig tonight at the Arcata Theatre Lounge at 9 p.m. with The Gold Souls. If you'd like to book tickets to both nights, the advance package is going for $45. Individual nights are $25 each. Both will probably sell out, if my social compass is calibrated correctly.

OK, it's the big party night. The live music evening of the week and the last proper blow-out of the year. Not much else is happening this week after tonight, so plan your evening accordingly, and for Pete's sake, please don't get fucked up and drive. Here's the round-up, from Blue Lake to Loleta: At 7 p.m. at the Blue Lake Casino, you can catch Melvin Seals and the Jerry Garcia Band (sans Jerry, of course). Deadheads take note: This is the culmination of a multi-night stay, starting on Thursday, so if the $75 ticket seems steep, consider shelling out a bit more for extra evenings. Meanwhile, if you want some jamming funk with more local flavor, the Object Heavy gig kicks off at the same time at Sepentrio. The price is $125, which seems steep until you factor in the food and drinks tossed onto the whole deal, plus the band will likely be playing some long sets.

An 8 p.m. at the Logger Bar, you don't have to pay anything to see The Stallions, Humboldt's premier Ween tribute act, so those of you in the jam band community should weigh your options carefully.

At the same hour at Humbrews you can enjoy the local rock sounds of Amber Soul and Barking Dogma, two bands that have helped define what it means to put on a show in the 707. At the same hour in Eureka, the Siren's Song Tavern is hosting Clean Girl and the Dirty Dishes, The Widdershins, Former Chimps and Think Tank for its New Year's fun. Just $10 will get you in the door for this one.

If reggae is more to your taste, then at the same chime of the clock at Bear River Casino you will find Collie Budz, whose name kind of says it all, not much else needed from me by way of explanation beyond noting the tickets start at $39.

Finally, 9 p.m. at The Shanty is the hour of power for three great bands: Silver & Nails, The Bored Again and the post-punk psyche-fest of CV. For my money, this is the show of the night because I like the environs and the bands can't be beat. Happy New Year.

The first day of the new year often invites a lot of sober reflection, as the shards of the year before tinkle into the background of yesterday's noise to greet the dawn of a new era. I know I have a lot to reflect on and rectify, and the directional surges of my personal eros probably needs some serious recalibration. However, no degree of private rejiggering on my part is even close to the dramatic plummeting of Charles Foster Kane, the subject of one of Orson Welles' most compelling films and one of the greatest movies of all time, Citizen Kane. If you don't know what I'm talking about, consider hitting up the Arcata Theatre Lounge at 6 p.m. to view this masterpiece of matte painted sets and hubris. Get in the door for $8 or pay $12 and also snag you a poster. Huzzah.

Collin Yeo (he/him) thinks we should bring back the depiction of the New Year as a baby and the passing year as a dying old man, but expand it to other places, like expiration dates on food packaging and divorce papers. He lives in Arcata.