A fisherman's take on offshore wind

by Ken Bates and Linda Hildebrand 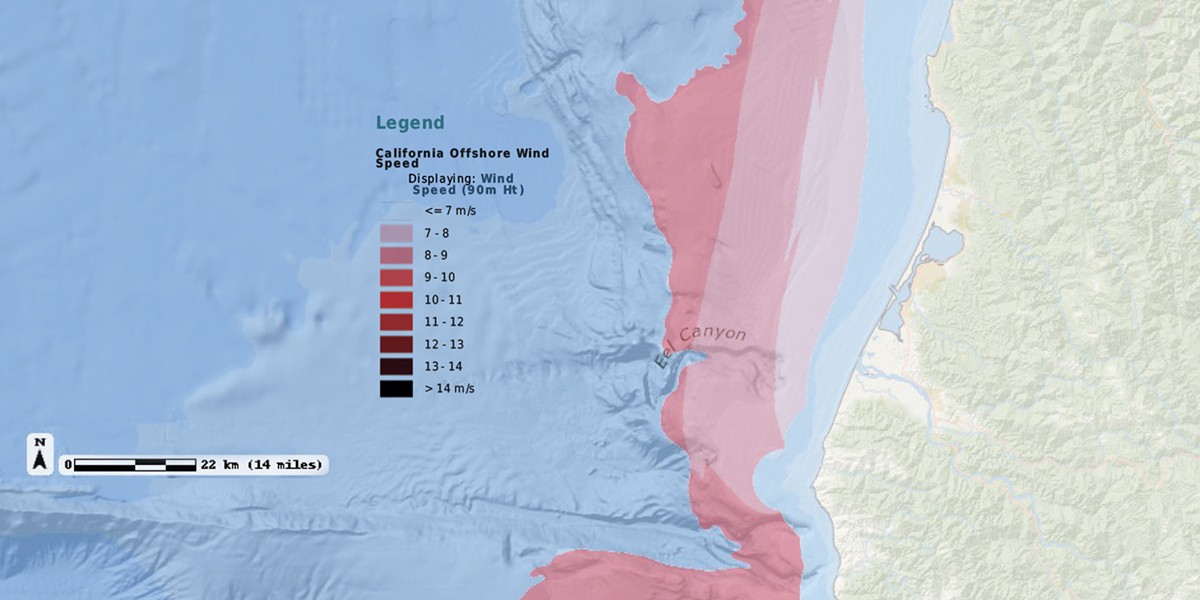 Local fishermen are on the verge of forever losing local fishing grounds to wind power as California trades one renewable resource (seafood) for another (electricity). The state of California and its citizens are on the front line of the efforts to convert our energy use from the burning of fossil fuels (oil and gas) to renewable sources of power — solar and wind. The latest move toward this conversion is for the sale of offshore ocean leases to wind power companies for the development of "at sea" wind farms with the ocean area off of Eureka and Trinidad as the prime first sites.

Many people are convinced that the changes to Earth's climate are related to the human-caused release of carbon dioxide. Please include fishermen in this category. Worldwide, fishermen are dealing directly with the effects of oceanic climate shifts with the California ocean being no exception. Massive kelp die-offs due to warmer water temperatures in Northern California have led to the curtailment of abalone and sea urchin fishing. Major algal blooms responsible for domoic acid in crabs, clams, lobsters and some forage fish have resulted in fishery closures and months-long delays in season openers. A warm water "blob" in the eastern temperate Pacific led to major changes in spatial "distribution and abundance" of five species of salmon, Albacore tuna, mid-water fish such as hake, and significant impacts to ocean productivity. Fishermen understand this. All that being said, West Coast fishermen have huge concerns about the permanent impacts of wind power on their ability to provide local seafood. Fishermen are not opposed to clean renewable energy but they are opposed to the permanent loss of valuable fishing grounds heading their way.

Standing on the beach and looking out to sea, the ocean seems limitless. It is not. Besides nature's established boundaries of shoreline, depth and seabed topography, there are variations temperature, currents, areas of biological productivity, water quality and color. Then there are human established rules, designated areas and uses. California has the most regulated ocean and fishing industry in the world. If you took a felt pen and blackened all the areas in California's coastal ocean where there is a fishing closure, marine protected area, national sanctuary, cable lane, traffic separation scheme, national park, gear, depth or species fishing restriction, the entire map off California's coast would be black. Please add to this solid black map of California's ocean an additional layer of pigment in the form of offshore oil, gas, mineral, wind and wave energy lease tracts brought to you by the federal Bureau of Ocean Energy Management. These folks decide where and when offshore leasing will take place. While they continually insist that they do not regulate fishing activities, they do — by default when offshore leases are centered on prime fishing grounds.

On the Receiving End

The entire fishing community and significant portions of Humboldt County's local business will be on the receiving end of the negative impacts to the fishing fleet from offshore wind power. It works like this: The coastal ocean is basically 100 percent utilized by fishermen employing various types of fishing gear targeting a wide range of fish species as seasons change throughout the year. Displacing (evicting) a group of fishermen from one area doesn't only affect those individuals and boats — everybody else has to move or adjust as the boats displaced by offshore energy try to squeeze into the remaining fishing grounds. This domino effect starts in the fishing grounds and continues right into harbor.

This problem is understated when the public reads the initial public relations concerning these offshore projects. Here in town, the first proposal for offshore wind was for one turbine as a prototype. A few months later, it was three to five turbines, and lately the number has jumped to about 17 turbines. The developers report each turbine "only" takes 1 square mile of seabed for its anchoring footprint. OK, so far, 17 square miles for 17 turbines. But wait — one needs to read the fine print in BOEM's ocean leasing policy. The bureau only leases ocean blocks in 9 square mile areas so — potentially 17 turbines could remove 17 to 153 square miles of fishing grounds, except that offshore energy leases tend to be much larger than the actual footprint of the initially proposed project. However, not all turbines can be sited in one block or in a single row due to ocean bed topography and prevailing wind direction and some may need to be relocated at a later date for optimal results. On top of that, wind power companies will require a "submarine cable transit lane" from the turbine site to the beach. On the ocean surface they also need a wide transit lane for maintenance vessels and multiple tow boats to bring turbines to and from our harbor. All of theses areas are to be off limits to bottom contact and fixed bottom fishing gear, like crab pots, ground fish trawls and hook and line fishing gear.

Back at the turbine site, the anchoring and cable system areas are strictly off limits to traditional fishing. Wind power companies do not want fishermen's gear entangled in their anchors and no fishing gear is a match for the massive equipment attempting to hold these turbines in place.

"We Know Where You Live"

What may prove to be local commercial fishermen's only hope is Redwood Coast Energy Authority, the local leader in our community's energy sources. The RCEA board of directors, Executive Director Matthew Marshall and their staff all live here and have, much to their credit, invited participation of local fishermen, starting with preliminary wind power discussion, evaluation of qualifications of wind power companies and in depth conversations to understand impacts to our fishing community. Humboldt Fishermen's Marketing Association President Harrison Ibach and Pacific Coast Federation of Fishermen's Associations Director Noah Oppenheim have worked with Marshall in the drafting and adoption of a memorandum of understanding to work together to minimize and mitigate wind power impacts to our fishing community. The marketing association board of directors were reluctant signers to this memorandum. This reluctance stems from watching East Coast fishermen thrown under the proverbial bus by wind power and BOEM, concerns that working with wind power companies may constitute by default an endorsement of offshore energy propagation and the fact that fishermen think that the worst possible place to put any valuable equipment is in the ocean off of Humboldt County, right in the middle of our fishing grounds.

Mitigation (Or that Bag of Cash)

Fishermen, the fishing industry and all other businesses and families that make a living from the primary production of seafood from a highly managed, sustainable local source will feel that loss of local fishing grounds for generations. After all, a healthy community prospers when there is stability and long-term success in a diversity of professions including fishing and seafood production.

In other coastal areas, offshore energy and submarine cable companies have tried to pay three or four fishermen for the loss of fishing grounds and then conduct business as usual, effectively deferring all the economic costs associated with those losses back to the community hit. On the East Coast, some fishermen are now requesting $300 million to $400 million to buy out fishermen and fishing businesses after the fact because wind power impacts were poorly addressed during design and implementation. That can't be allowed to happen here. Offshore cable companies tried the "Bag of Cash" strategy in Morro Bay. The Morro Bay Commercial Fishermen's Association stopped that from happening and instead negotiated with cable companies on behalf of all fishermen in Morro and Avila bays, developing a community benefit package that funds safety equipment for fishermen and supports their fishing community.

If offshore wind power is serious about succeeding in Humboldt County, these developers should plan on negotiating a significant community benefit package to provide funding for permanent shoreside infrastructure that will benefit the local fishing community, the city of Eureka, local business and Humboldt County at large. Funneling some of the state and federal tax subsidies they intend to reap back into local infrastructure projects would show their acknowledgement of the permanent impacts of their actions and, in the long run, be far more effective at holding community support for wind power than millions of dollars spent on advertising to convince the public that offshore energy is without impacts.

Ken Bates is a career commercial fisherman with experience from Cape San Lucas, Mexico, to western Alaska. His years of enthusiastic support of commercial fishing has resulted in a head full of gray hair and some wrinkles. Linda Hildebrand is his wife and fishing partner.

Have something you want to get off your chest? Think you can help guide and inform public discourse? Then the North Coast Journal