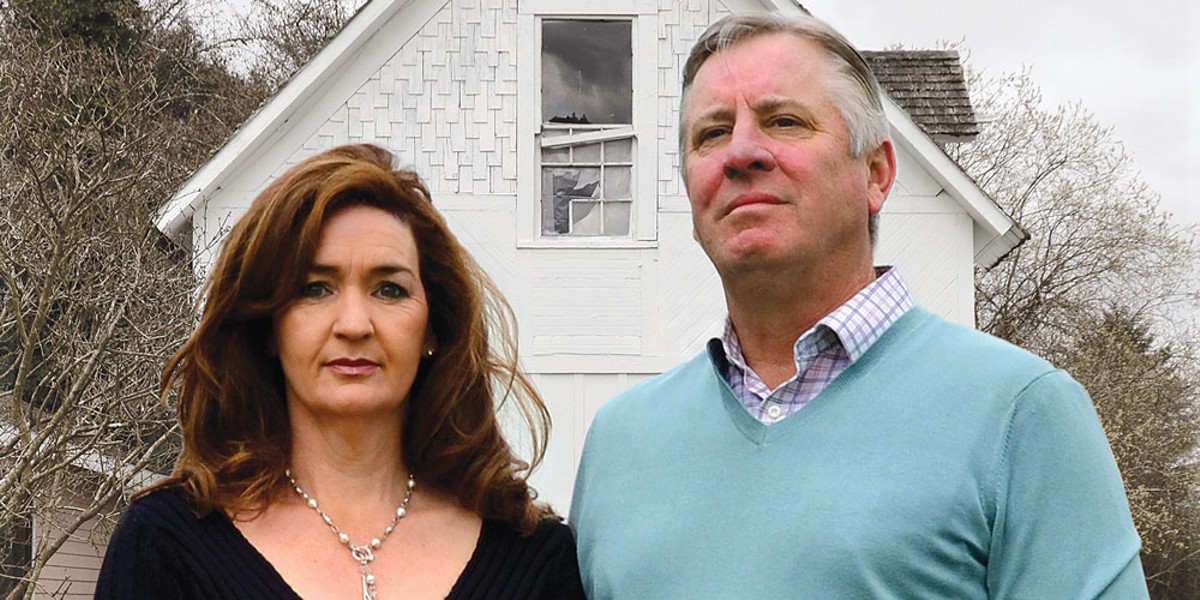 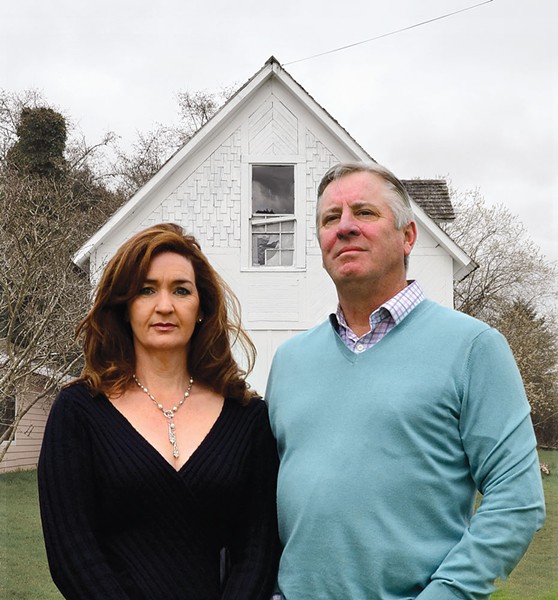 Caroline Titus was warned. She was given an explanation. Nevertheless, she persisted. The editor and publisher of the Ferndale Enterprise, who spent the better part of the last two years in a successful court battle with the Humboldt County Fair Association, alleging violation of her First Amendment rights and the wrongful termination of Titus' husband, has continued to fight for full disclosure of the association's finances. According to Titus' analysis of records she obtained through a California Public Records Act request, the fair has taken a $68,000 general fund hit in the last year due to legal fees incurred expressly for the purpose of avoiding further public disclosure.

"Why do they want to keep their financial documents out of the public eye?" asked Titus, who has written about the issue extensively in the Enterprise.

To understand why the HCFA would be subject to the California Public Records Act, which governs the disclosure of information related to public agencies, it's necessary to unpack whether or not it is actually a public entity. Titus' attorney Paul Nicholas Boylan has argued that it operates like one and, ergo, should be under the same legal requirements. It manages public property (the fairgrounds) and uses public funds (money from the California Department of Food and Agriculture). It is also a huge economic driver for the county of Humboldt, generating around $7 million annually in economic benefit for the region, according to a 2015 report from the CDFA. The initial lawsuit filed by Titus in 2015 settled last year with the caveat that the association would comply with CPRA guidelines — but only with regard to the Enterprise. Boylan said he believes the HCFA agreed to the settlement because it wanted to evade the public scrutiny it would face if it lost the case and became, officially, a public entity required to open its books to all citizens. (Richard Conway, the fair manager, and the HCFA's legal team did not answer the Journal's questions regarding this issue.)

"This lawsuit did not resolve the issue of whether or not the association is a public agency or not," said Boylan in a phone interview. (In the interest of full disclosure, it should be noted that Boylan also represented the Journal in defense of a city of Eureka appeal.)

"Ms. Titus is convinced that the association is a public agency because they behave like one," Boylan continued. "They take public money and spend public money for the public interest ... the court would have ultimately agreed. They manage a public resource — the fairgrounds. Does the public have a legitimate interest in examining how they do that? Of course they do."

Titus said the association has been behaving like "an old boy's club," and its desire to suppress her coverage of its finances is contrary to the Enterprise's history. The little paper has been in print for 139 years and has been covering the fair, the fair association and its finances for fair's entire 121-year history. Titus said she takes offense at the idea that she should have to rely on information spoon fed from the association via press releases, rather than doing actual reporting.

"It's important more than ever that the community understand the true financial state of the fair," said Titus, acknowledging that her history with the association makes things "messy." The prolonged suit against the fair board, which wrapped in January of 2016 with a $150,000 settlement paid to the Tituses, included an attempt by the association to subpoena the editor's gynecological records. In 2015, the association also restructured as a nonprofit, further distancing itself from its possible designation as a public entity and barring Titus from attending its meetings. But the association's lease with the county designates all financial records as public. In April of 2016, Titus filed additional CPRA requests for financial records but said she was again given the run-around. She warned the association that she would sue and she followed through.

In the first week of February, the HCFA again paid out money to Boylan for his fees in representing Titus: $21,000. And, according to financial documents obtained by Titus, this sum came out of the HCFA's general fund, as the insurance agency refused to pay additional legal costs once the association violated the terms of the previous settlement. This, and an additional $45,974 paid to the association's attorney, Randy Andrada, between June of 2016 and February of 2017, adds up to about a quarter of the association's reserves as declared in 2015. And money spent on legal fees is obviously money that isn't going toward facility maintenance and upkeep, or all the other things needed to keep the fairgrounds running.

The money paid out to Andrada is especially troubling, Titus said, because it was apparently spent in an attempt to not comply with the settlement as the association investigated how it could avoid complying with the public records act in the future. This is Titus' interpretation of the billing manifest from Andrada, obtained through a public records act request, which includes a description of all services performed by the attorney, who billed the fair $200 an hour.

Many of the services seem routine, including correspondence with the fair's administrative assistant, travels to Ferndale and email exchanges with Boylan. But Titus said if you read between the lines, there are troubling implications. In her opinion, an exceptional amount of time was spent analyzing the civil code regarding public release of information and reviewing the association's lease with the county. Titus interprets this as a continued attempt to obfuscate the association's inner workings and finances at the expense of taxpayers. She is also concerned that the fair will renegotiate its lease with the county when it comes up for renewal in 2018 in such a way that it will shield the association from further disclosure.

Conway, the fair manager, did not answer questions regarding the settlement. But when asked about potential changes to the lease and the fair's future revenue, he painted a picture both optimistic and vague.

"There is over a year left on the lease, we will review it and discuss any potential changes at that time," Conway said in an email. "We continue to increase our interim business, up almost 20 percent this year. Our fair time activities continue to show solid growth. ... We will continue to focus on improving our interim revenue by adding new events and expanding existing ones."

Titus continues to cover the fair association and the ongoing legal struggles in the pages of the Enterprise, all the while adding the disclaimer that the parties at the center of the drama are herself and the fair's former manager, her husband Stuart. She blames the protracted, expensive fight on the board's inability to see past what she sees as its personal vendetta.

"They need to get their eyes off of me and onto what to do for the Humboldt County Fair," she says. "If you had told me a year ago they would be writing a check out for $21,000 to my attorney, I would say you are absolutely insane — they are never going to do that. I thought a year ago they learned their lesson. I cannot believe they did it again."