Taking no risks as Newcastle takes toll in SoCal 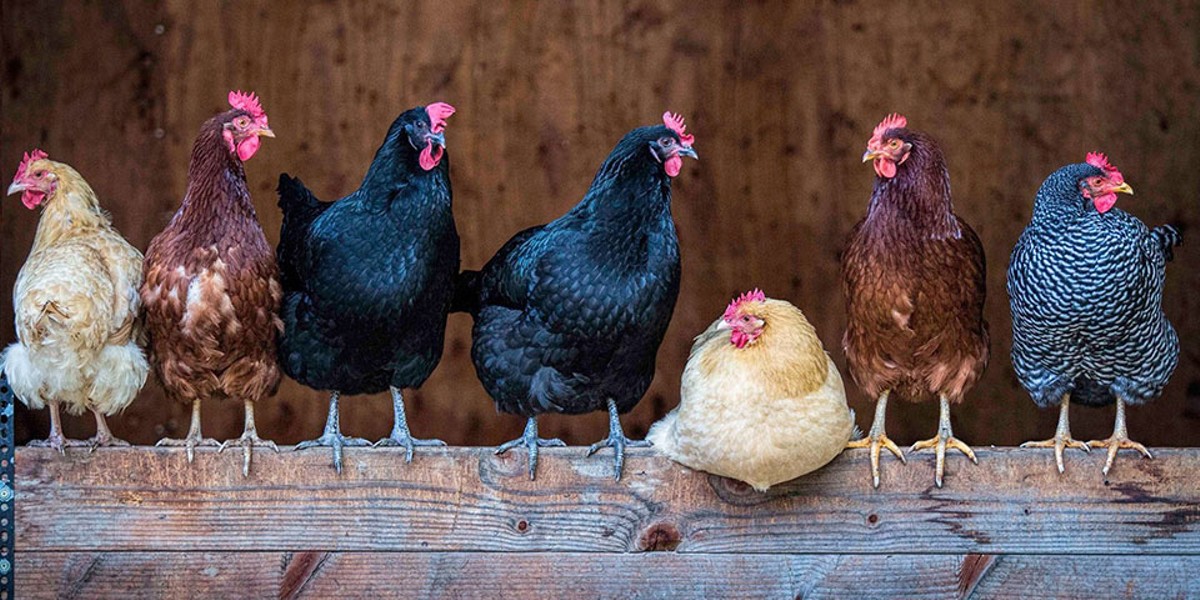 Symptoms in chickens include:

• Swelling around the eyes and neck

For questions regarding the Newcastle outbreak or to report sick birds, call the Sick Bird Hotline (866) 922-2473.

The California Department of Food and Agriculture Newcastle page can be found here.

Up until last month, the northern reaches of California seemed to have evaded the clutches of a devastating Virulent Newcastle disease outbreak in poultry that has resulted in state-imposed quarantine zones and the euthanization of more than 1 million birds in just under a year.

Then came confirmation March 15 that a "backyard chicken" taken to a Redwood City veterinarian earlier in the week had the respiratory virus, which poses no risk to humans but takes a terrible toll on the infected birds.

Now the California Department of Food and Agriculture is conducting an investigation to try to determine where the chicken — whose owner lived in Hayward, which is five hours away from Eureka in Alameda County — might have contracted the disease.

"It seems to have been an anomaly but we're still trying to figure out whether or not it is," says Sandy Cooney, a spokesperson with the state agency, adding it is the only known Northern California case of the disease, which is primarily centered in Riverside, San Bernardino and Los Angeles counties.

That being said, Cooney notes that "where ever it is today, we're not going to know about until tomorrow" and state officials rely heavily on people to report sick birds in order to track the disease's movement.

"The disease could be in places where we don't even know that it exists yet," he says.

With that in mind, the Humboldt Poultry Fanciers Association cancelled its winter show "as a precautionary step to help prevent the spread" and the Redwood Acres Best of Humboldt Fair and the Humboldt County Fair followed suit, as have other venues across California after the state veterinarian made the request in January.

"We just can't take the risk," says Cindy Bedingfield, CEO of Redwood Acres, adding that people often travel with their birds to such shows and "you never know for sure if you have an infected animal."

The cost of contamination is high.

"The current outbreak is particularly concerning, because the most recent case in Alameda County demonstrates that the disease can spread anywhere," Maurice Pitesky, a veterinarian and University of California Extension specialist who studies avian diseases, told UC Food, a website that tracks food and agriculture issues in the state. "The disease has never spread this far north before. The disease is being primarily spread among backyard birds and has 'spilled over' into several commercial farms in Southern California."

Since this outbreak was first detected in May of 2018, around 1 million commercial birds and another 100,000 from backyard flocks — the vast majority being exhibition chickens — have been put down after contracting or being exposed to the disease, or due to being in a mandatory euthanasia area, according to Cooney.

Back in 2002, when the disease last spread across the southern sections of the state, more than 3 million birds were eradicated and the state's containment response cost more than $160 million, according to the department of food and agriculture.

Saying "there is no treatment, there is no cure and the only way to eradicate the disease is to euthanize birds," Cooney emphasizes that agricultural officials understand that birds from backyard coops are often treasured family pets but adds that Newcastle is highly contagious and nearly always results in a "fairly gruesome" death.

Culling an infected flock not only ends the animals' suffering but also helps prevent others from enduring the same fate, he says.

"It's certainly emotional," Cooney says, adding that the agency is "sensitive to that."

The No. 1 way the respiratory virus is spread is by direct contact between an infected bird and healthy birds followed by people transmitting the disease — either via their hands, clothes and shoes or by sharing equipment that has been contaminated.

The state recommends owners follow a series of "biosecurity" efforts, including washing hands before and after handling a flock, changing clothes and footwear before visiting the birds or having dedicated clothes and wearing disposable shoe coverings, not visiting birds at other properties or allowing other owners near your coop, and not sharing equipment, among other tips.

"Since the one case ... in Redwood City, I've probably handled 50 or 60 calls from people in North California ... which suggests to me people in Northern California are acutely aware and want to take precautions to keep their birds safe, which they should," says Cooney, who helps answer the CDFA's Newcastle information line.

Harry Majors, president of the Humboldt Poultry Fanciers Association, agrees. He says he knows many local residents who are religiously following the state's biosecurity protocols and the organization's decision to forgo the winter show was well supported.

"It's a precautionary thing," he says. "We don't want to take a chance."

For his part, Humboldt County Fair Association General Manager Richard Conway says his board was following the progress of the disease very closely before deciding last week that the safest course was to take poultry out of the showings after the March case hit too close to home.

He notes that poultry is often the domain of 4-H's youngest members, who have now lost out on their only local chances to show the results of a year's worth of hard work due to the outbreak.

With the board wanting to make sure "they're included and have an opportunity to participate," Conway says the fair will include some sort of "virtual" show for young poultry farmers to show off their birds in pictures and video. There will also be some sort of art contest, he says.

Meanwhile, the question of how the Alameda County chicken became infected with the virulent disease remains unanswered — at least for the time being.

Cooney notes these cases are "very, very difficult to investigate ... and we've been at it for a few weeks."

"The good news is, for all of that time, so far we only know of one bird," he says.