Falling Off the Sky

By The dB’s - Bar/None Records 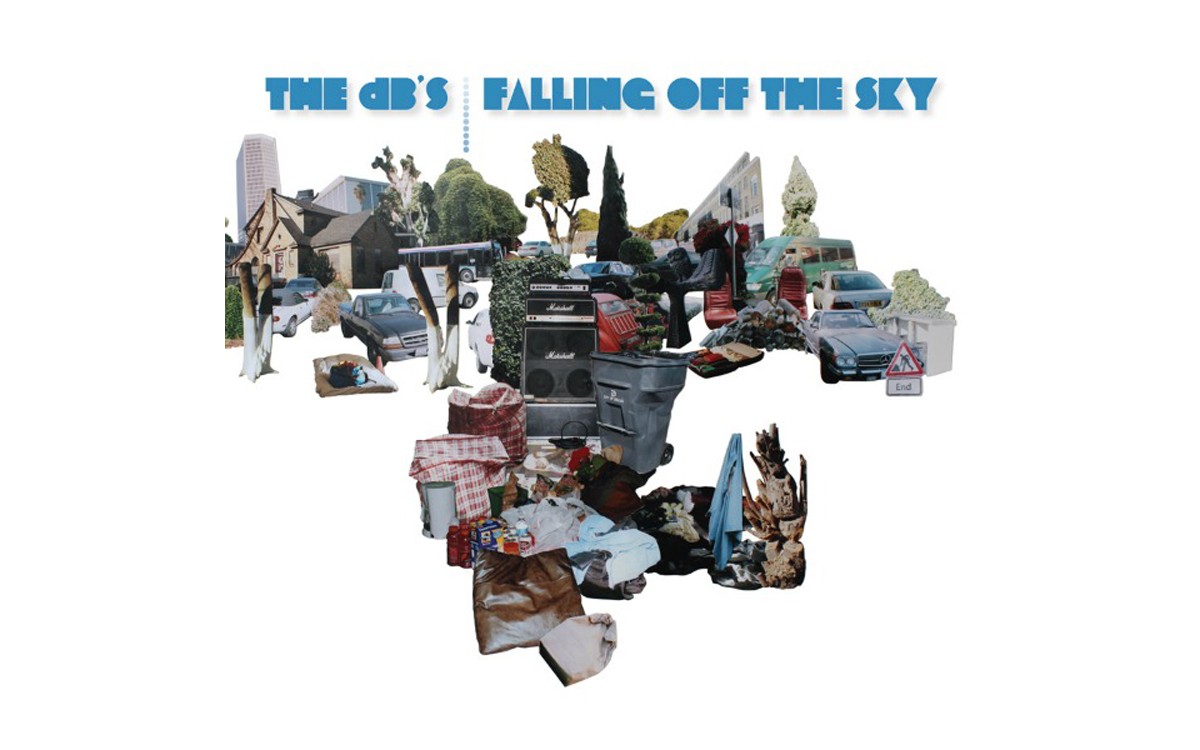 In late '79, The dB's, a New Jersey-based pop quartet, released their debut 7-inch single, "Black and White" b/w "Soul Kiss," on Alan Betrock's label, Shake; Betrock was the editor of the late-great '70s music ‘fanzine New York Rocker. The dB's song was packed with lo-fi energy: ringing 12-string guitars, a tinny lead riff and explosive drum parts combined to break from the conventions of pop rock at the time. Led by two strong yet distinct songwriters, Chris Stamey and Peter Holsapple, The dB's went on to release only two excellent records together before Stamey left the band he founded for a solo career. Holsapple valiantly continued the band for several more official releases, yet they lacked the counterpoint, the contrast and spark that the Stamey-Holsapple rivalry provided.

Though the two co-leaders have collaborated on joint recordings since the band's demise, it's taken 30 years for the original line-up to reunite. Their new full-length, Falling Off the Sky, is  a superb joint effort. As expected, The dB's, including bassist Gene Holder and drummer/vocalist Will Rigby, have all matured, maintaining a life close to the music that helped form them. But what's surprising is how well the quartet has again coalesced as a unit -- with an ease and a finessed sense of musicianship, production and songwriting. They all brought their A-game to the table and Falling Off the Sky is flush with some of Stamey's and Holsapple's finest songs.

Holsapple leads off with a garage-pop nugget, "That Time is Gone." It's prophetic, with Holsapple singing in a Dylan-like sneer, "You better wake up, wake up. That time is gone." Later in the record, he counters with his strongest offering, "I Didn't Mean to Say That," a testament to the "last laugh" of a strained relationship, blanketed in a lush Carol King/ Brill Building accompaniment.

Stamey's compositions are often tinged with a bittersweet longing for the past. "Far Away and Long Ago" with its melancholic string quartet arrangement hinting at Big Star's ill-fated Third/ Sister Lovers album and The Beatles' "Eleanor Rigby," feels like an elegant farewell to Big Star's late eccentric front-man (Stamey played bass for Alex Chilton in NYC, in ‘77). On the album's most majestic cut, "Tell Me Something Real," Stamey sings of loss over a wall of ringing guitars, "Tell me something real ‘cause I don't remember how it feels to be free ... and pure."

In contrast to their past, The dB's are less eager in deconstructing pop songs, propelled with an anxious tension. As a result, Falling Off the Sky is simply that. It's a jump-off point for a band that isn't bothered about expectations, simply satisfied in creating a downpour of crafted pop songs.