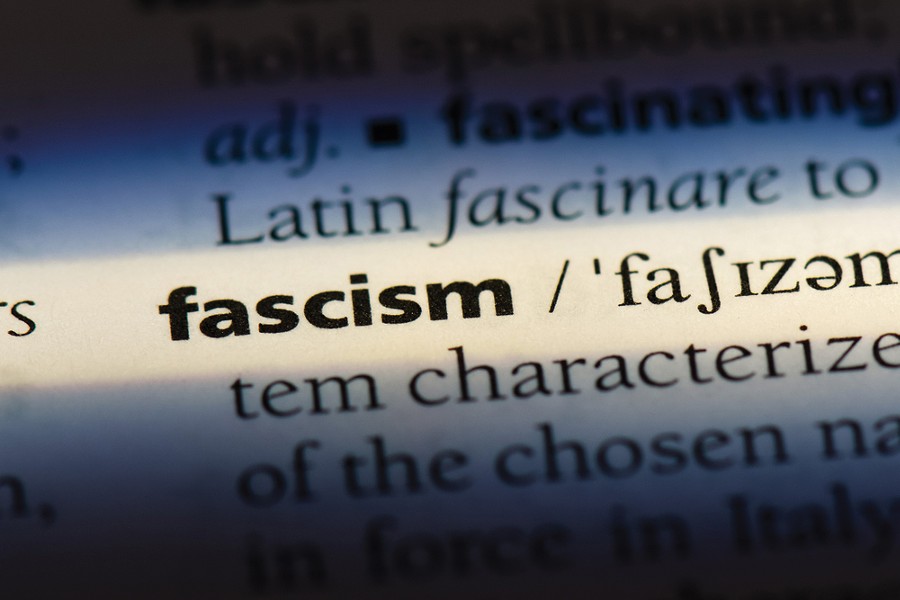 I've never been much of a history student, but lately I've been reading up on fascism, prepping for a course I'll be delivering through Cal Poly Humboldt's OLLI program for people 50 and older.

Here are the basics of what I've learned. Much of this is from Robert O. Paxton's The Anatomy of Fascism. Lest anyone think the book is about the past decade, know that it was published in 2004.

Fascism may take root in democracies when the elected leadership fails to enable the majority to thrive economically. Eventually, movements that would push the country on a socialist path become powerful enough that the wealthiest become frightened. Conservatives and others most comfortable with the status quo become willing to do something they ordinarily would not — they accept the idea of joining forces with an egotistical populist demagogue who is able to rally people. Always, they think they'll be able to control the demagogue and the forces the demagogue unleashes.

The demagogue changes the terms of the debate. Where most would once have accepted that honorable people will disagree about the way forward, they now become more inclined to use violence and the threat of violence to get their way. The demagogue stages rallies, and people begin to identify more with the party and party leader than with the nation, though nationalism is a major element of why people support the demagogue. Macho bluster and threats of violence take root in politics, as modeled by the demagogue.

Instead of programs, the demagogue offers symbols: slogans and articles of clothing the followers should wear, like brown shirts. A mythological, blissful past is imagined and the demagogue promises a return to a past that never was. The party splits the nation into those who are "real" members and those who represent an "internal threat," one that is usually easy to identify and includes immigrants and anyone who doesn't conform to some fantasy image of what a person of the nation looks like. Sometimes, the demagogue starts by offering ideas about sharing the national wealth among more people, but this never actually happens, though spoils are provided to those who may control some power. As the demagogue takes power, the program shifts, eventually becoming whatever the demagogue wants it to be on a given day. If the demagogue promised something, and broke their promise ... well, it was never promised after all. If you want to keep your position, the promise never existed. It matters not if it was made on tape or in front of witnesses.

The demagogue becomes a dictator and often needs to kill the conservative elements in his alliance who had thought they would control him. The civil service is hollowed out, with parallel organizations created based on party membership rather than competence. Party membership becomes the ticket to status or, in some cases, life itself. Everyone learns to echo what the leader has just said, for fear of being kicked out of the party, or, worse, becoming an enemy. Some become extremely successful sycophants.

Violence and thuggery become political tools. The press is attacked. People who oppose the violence and thuggery are thought to weaken the nation. Sexual minorities are treated as a danger, feminizing the country, while attributes perceived as male — especially the "pragmatic" willingness to engage in cruelty to attain power — are honored. War becomes a desirable display of national strength. Knowledge, if it contradicts the reality the dictator wishes to impose, becomes a danger, and intellectual thought is ridiculed as feminine. Similarly, the diversity found in cities is deemed a danger to national unity, and it is pointed out that the "real" members of the nation are found in rural areas and are farmers or people who work with their hands.

All this can take place while the country still refers to itself as a democracy, or a republic. And to my own surprise, the dictator-to-be generally takes power by means accepted at the time as legal, though supported by the violence and menace of his brownshirts.

If you hear any echo of current events, I'll say it again: Paxton's book first appeared in 2004. He was not looking at events that have unfolded since. But if you recognize his description, his account of the historical forces that led Italian and German democracies to fall into fascism after the First World War, that does not surprise me at all. There is a strong authoritarian streak in human nature. We are all susceptible. Sometimes, by the time we realize what we've done, it's too late.

Mitch Trachtenberg (he/him) is a computer programmer and instructor. He agrees with George Santayana that "those who fail to learn from history are condemned to repeat it." He lives in Trinidad.