Fate of Indian Child Welfare Before the Supreme Court

By Nancy Marie Spears and The Imprint 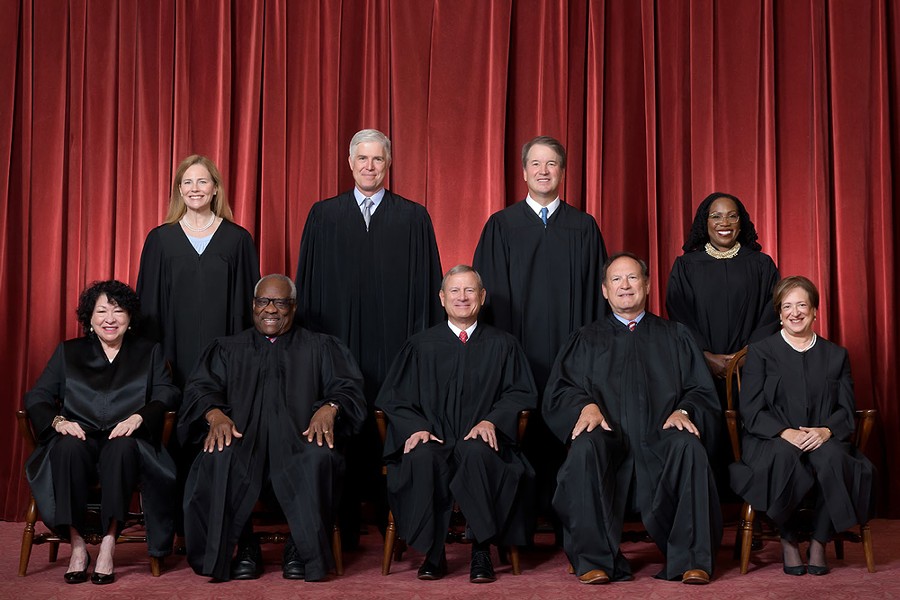 Most child welfare cases wrestle over issues of best interest and well-being.

But when the U.S. Supreme Court hears an upcoming legal challenge to the Indian Child Welfare Act this week, three central constitutional questions will be in play. The questions challenge core aspects of Congressional power and the relationship between tribes and the U.S. government:

Is the U.S. government "commandeering" states — a violation of the 10th Amendment — by requiring them to enforce ICWA, a federal law?

Does Congress have the right to be involved in local child welfare matters, under a key clause of the Indian Commerce Act?

Texas and several other states — along with three white couples who sought to adopt Native children — say ICWA violates the above rights and protections. Plaintiffs in the Brackeen v. Haaland case assert that the 1978 law poses "heightened legal barriers" to adoptions of Native children.

Defenders of ICWA include 497 tribes, 24 states and Washington, D.C. They maintain that requiring social service agencies to take extra measures before Native children are removed from their tribes and kin — ICWA's core component — is part of the unique treaty relationship between the U.S. government and tribal nations.

Angelique W. EagleWoman, director of the Native American Law and Sovereignty Institute at Minnesota's Mitchell Hamline School of Law, said ICWA protections aren't harming Indigenous children, rather, they are harmed by noncompliance with the federal law.

"Where we don't see collaboration and compliance, we often see a trail of addiction, identity loss, and psychological harm for those children who are adopted out," she said.

EagleWoman, a citizen of the Sisseton Wahpeton (Dakota) Oyate of the Lake Traverse Reservation who has Rosebud Lakota heritage, added: "You would hope that judges and legislators would care about every child and understand that a healthy tribal child has their connection and their sense of self from a tribal home."

There are several possible outcomes for the Brackeen case that legal experts point to.

The law could be upheld as constitutional, with the five justices agreeing it is "a perfectly reasonable exercise of congressional power," federal Indian law scholar Kate Fort told The Imprint.

Another option is that portions of the law will be upheld, and others struck down. ICWA requires, for example, that "active" rather than "reasonable" efforts be made to provide rehabilitative services to parents accused of maltreatment, extra steps to mitigate problems at home so children can be returned from foster care. It also requires that tribes be offered jurisdiction in cases involving Native children, and that relatives and tribal citizens are considered preferred placements for foster children.

There is yet another possible outcome: The entire law could be struck down. That prospect is deeply unnerving to tribal leaders and countless child welfare officials, mainly in the majority of states that do not have ICWA-like local statutes in place.

Fort said a ruling that concluded ICWA violated equal protection laws would have "the most far-reaching consequences" — causing a "radical" and "fundamental reordering" of the federal government's relationships to tribes. If ICWA is overturned, she added, it could impact everything from tribes' criminal justice jurisdiction to the federal-tribal relationship.

Conversely, if the justices conclude ICWA violates "anti-commandeering laws," there could be broad impacts on everything from federal funding for foster care to priority placements with relatives.

"The court accepted seven questions for review," Fort said, "so there's a distinct possibility that the opinion will be long and confusing," as in an earlier ruling in the Brackeen case out of the Fifth Circuit Court of Appeals.

The Indian Child Welfare Act was authorized by Congress and signed into law in 1978 to counter centuries of forced assimilation into government-run Indian boarding schools, and the harmful impact of adoptions into white homes. According to the Oregon-based National Indian Child Welfare Association, when ICWA became law, up to a third of Native American children were placed into foster care or adoptive homes. Of those children, the association reports, 85 percent were sent to live away from their families and tribal communities, "even when fit and willing relatives were available."

Indigenous children remain the most disproportionately impacted by foster care removals. Nationally, they are three times more likely than non-Native children to be removed from their families.

To fortify the law's intent, tribal leaders are preparing contingency plans for the aftermath of the Brackeen decision, which could arrive as late as June of 2023. They are calling for shored-up state and local laws and strengthened tribal courts.

"At its core, the law is simple," Oneida Nation Chair Tehassi Hill said in a press conference last month. He noted that the American Academy of Pediatrics and the American Medical Association are among the many groups that filed amicus briefs with the Supreme Court recommending the upholding of ICWA, "and warning of the harm that the loss of ICWA would bring." He called the law "wildly successful."

"Tribes, child welfare experts and medical experts — those who know the law and the needs of children best — overwhelmingly oppose the efforts to overturn ICWA," he said.

Briefs filed in support of the plaintiffs in the case involving the Brackeens, a white evangelical couple from Fort Worth, Texas, represent an array of interests. From high-powered law firms taking aim at tribal sovereignty over land, water and gaming rights, to a group called the Christian Alliance for Indian Child Welfare, the Academy of Adoption and Assisted Reproduction Attorneys, and the National Council for Adoption.

In its amicus brief, the Christian Alliance described ICWA as "discriminatory and destructive."

The group describes itself as "a Christian ministry and family advocacy" organization that champions the "safety and welfare of children and families affected by federal Indian policy." Chair Elizabeth Morris founded the Alliance in 2004 with her late husband, a Minnesota Chippewa tribal citizen.

The adoption advocates stated that "ICWA impermissibly subjugates Indian children's best interests to that of tribal security and infringes upon the fundamental constitutional rights of the children's parents to make parenting decisions in the best interests of their children and themselves."

No matter the outcome of the Brackeen case, in the 10 states that have passed their own versions of the federal ICWA, including California, Native families' rights would remain protected. Other states are working on similar protections.

Federal policies in the U.S. have historically disrupted the way Indigenous people raise their children, EagleWoman noted, and success in the Brackeen case would further that disruption.

"We hand down our knowledge, our gifts, our land and our ways of life to our children," she said. "Without our children, our people cannot continue on."

John Kelly contributed to this report, which was first published in The Imprint.