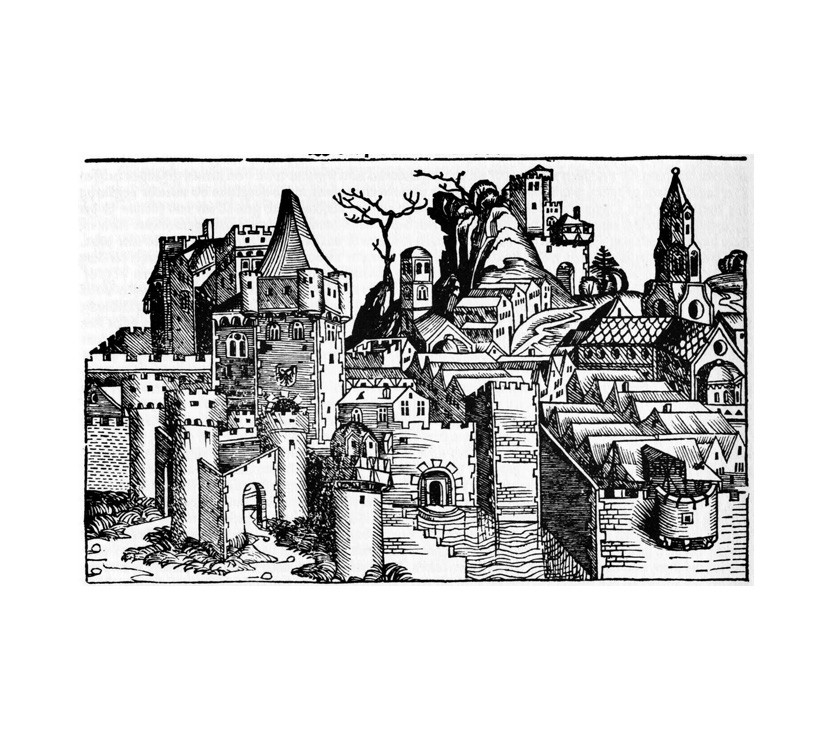 Feb. 1. The municipal code of the city of Trinidad numbers 565 pages in length, or roughly 1.8 pages per citizen. Much of it is delightful and gratifying reading, particularly the section entitled Expectoration, which states that no person shall expectorate upon any sidewalk, street or floor in public buildings or upon any other public place.

Feb. 2. New moon, 6:32 p.m. Those envisioning a peaceful but not entirely solitary hereafter in Trinidad should consider the fact that the internment of more than one body in a single grave is prohibited unless the grave was purchased with a written agreement permitting multiple internment. Those in possession of knowledge regarding the circumstances that led to the passage of this law are invited to submit the information in the form of sonnets, laments, ballads or other such means of conveying the heartbreak and despair unique to the tragedy of a double burial denied.

Feb. 3. Visitors to Trinidad are further advised to leave all stones unturned, as it has long been a crime in that orderly city to move, disturb, or take any earth, stone or other material from any public street, alley, park or other public ground.

Feb. 4. If the installation of electroliers are required in the city of Trinidad, their location must be shown on construction plans.

Feb. 5. Unspayed female dogs residing in Trinidad dread that time referred to delicately in the municipal code as their "breeding condition." During this ungratifying and joyless interlude, they must be confined to a substantial enclosure, the interior of which is accessible only by use of a door, gate, lid or barricade constructed in a manner so as to prevent access to the interior thereof. To make such a barrier both accessible and to prevent access at the same time is a difficult enough conundrum; finding a pleasant way to pass a few lusty weeks in confinement is nearly impossible and females dogs would not be blamed for making their displeasure known.

Feb. 6. An electrolier is defined as a frame, often of ornamental design, for the support of electric illuminating lamps.

Feb. 7. In honor of the birthdate of Charles Dickens, that champion of orphans and critic of poorhouses, street urchins are reminded that any enterprising person under the age of 16 who aims to conduct a business of some sort will find themselves in luck if they happen to reside in Ferndale, where they are exempt from city licensing requirements, as long as they are a sole vendor, such as a lemonade stand proprietor, or if they are acting on behalf of a charity such as the Boy or Girl Scouts.

Feb. 8. Italian entomologist Agostino Bassi, who died on this day in 1856, was the first to put forth the idea that living organisms -- germs -- could cause disease. The city of Rio Dell has defined "garbage" to mean any refuse and waste material derived from the preparation, use and consumption of meats and food and all dead fish, animals, fowl, fruits, vegetables and other noxious or offensive matter or material usually and ordinarily referred to as garbage or market refuse.

Feb. 10. Bingo game operators in Rio Dell are advised that all profits derived from a bingo game shall be kept in a special fund or account and shall not be commingled with any other fund or account.

Feb. 11. Furthermore, the total value of prizes awarded during the conduct of any bingo games shall not exceed $250.00 in cash or kind, or both, for each separate game which is held.

Feb. 12. This being the birthdate of Abraham Lincoln, a president gunned down before he could complete the many good works he no doubt set out to do, we are reminded that Rio Dell's overall pleasant atmosphere may be explained in part by the strict lack of commingling of bingo funds, and in part by the fact that no person may discharge any musket, rifle, pistol, shotgun or other firearm within the city limits without permission from the Chief of Police, whether in a theater or in any other place, a situation which must put the Chief of Police in the position of considering any number of interesting and alarming requests.

Feb. 13. The following animals are advised that they may not run loose, or be at large, or be astray, within the limits of the city of Ferndale: chickens, turkeys, ducks, swine, geese, horses, burros, mules, cows, bulls, steer, oxen, sheep, goats, pigs, etc. We advise geese to proceed without delay to Rio Dell, where the Chief of Police must grant prior approval of their execution.

Feb. 14. Valentine's Day greetings go out today to humans and animals alike. The owner of any animals used for stud purposes must pay a license fee to the County of Humboldt equal to the amount charged for the use of one animal for such purposes for the season.