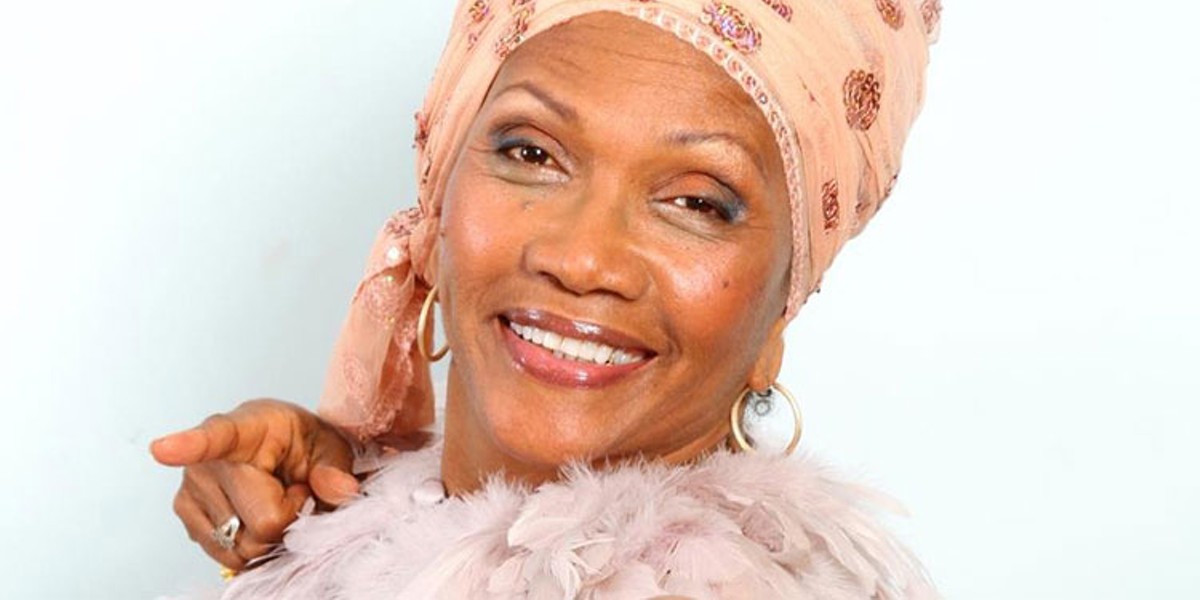 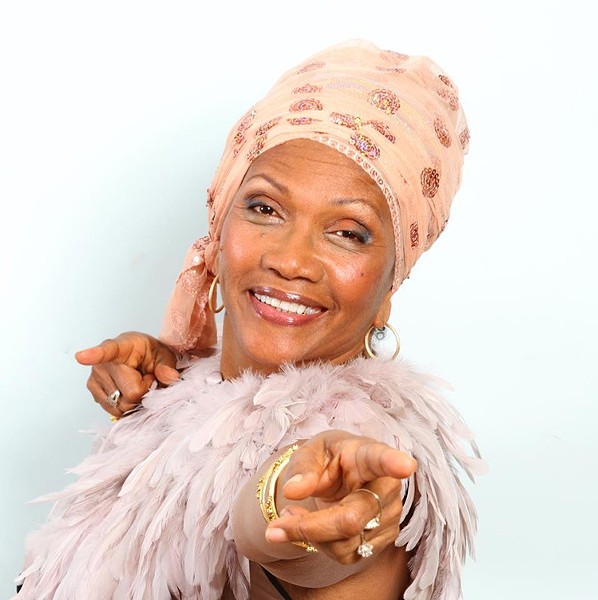 Courtesy of the artist Marcia Griffiths takes the stage at 10 p.m. on Sunday, Aug. 6 during Reggae on the River, which runs Aug. 3-6.

It's been festival season here on the North Coast for a bit now as we're well over a month into summer, but the jewel in Humboldt County's festival crown shines in SoHum starting today. The Mateel Community Center is putting on the 33rd Reggae on the River at French's Camp right before the Humboldt/Mendocino line. There will be more than 30 reggae and world music artists along with DJs, crafts, food vendors, camping and activities for the kiddos to boot all weekend long. You can peruse the enormous performance schedule, which boasts Slightly Stoopid, Assassin aka Agent Sasco, Sly and Robbie with Marcia Griffiths, Judy Mowatt and Cherine Anderson, Walshy Fire with Kabaka Pyramid and a host of others. Prices vary depending how many days you want to stay and if there's camping involved. DJs start around noon. Have fun, be safe and keep it mellow. Or irie. For the non-reggae crowd, you'll find folky fiddle tunes on the bill at the Mad River Brewery Tap room this evening at 6 p.m. played by Fingal for free. Out of Memphis comes "acid-tinged proto-punkers" Ex-Cult, who "bring their trademark technicolor, bad-trip vibes" to The Miniplex tonight. They're on the road supporting their recent release of Negative Growth bringing them all the way out to our West Coast. Of their album, recorded in Los Angeles, the press release states that it's a "nine-track nightmare, a death trip in the crystal ship." I don't know if that's a Doors reference but if so, I'll have to think about it for a while. Joining them is L.A.-based punk quartet Enemy and local punks Drown in Piss — what a way to go — and The Sturgeons. The show starts around 9 p.m. and $10 will get you in.

At the Outer Space on M Street in Arcata you'll find former locals Gunsafe returning to town. I don't recall exactly when this Americana/country/punk band uprooted itself but it's nice to hear they're returning while touring the States. This all ages show starts at 7 p.m. and the bill includes Bow Legged Buzzard and locals Lyndsey Battle with Cory Goldman doing the folky bluegrass thing, as well as local singer/songwriter and utterly charming musical maniac John Ludington with Andrea Zvaleko. Just $6 gets you in for this four-band bill. Up at Blue Lake's Logger Bar, Humboldt Free Radio Presents Duane Mark out of Lancaster — according to the press release — but from Austin, Texas from what I could find online. Let's just assume he's from Lancaster, California and Lancaster, Pennsylvania and Austin, Texas all together. He plays American roots music, so I guess that could work to a degree. He's joined at the Logger by local country/folk duo Gabe & Turtle, who'll be going on around 9 p.m. for free. Don't hesitate to throw some money in the tip jar for these musicians.

Another festival is afoot today, this time in Blue Lake's Perigot Park. The Humboldt Folklife Society is putting on the 17th annual Buddy Brown Blues Festival, which helps raise funds for the Humboldt Folklife Society's Folk School. The festival starts off around 11 a.m. and is eventually headlined by local hero Buddy Reed & the Rip It Ups before Buddy heads out ol' Nashville way to do some recording from what I'm hearing. Before things get too ripped up, you'll hear from the Mad River Rounders, Blues Through the Years, Jenni & David and the Sweet Soul Band, Blues Rollers, and Uptown Kings who are all bringing you their take on the blues. Tickets are $12 for this day-long festival and don't forget the broad-spectrum sunblock. Starting at the same time, another one-day festival kicks off at Halvorsen Park in Eureka. A Music Extravaganza features True Gospel Singers, The Paula Jones band, The Arcata Interfaith Gospel Choir, Pat Holland and The Movers and The Shakers along with others and all for free. There'll be food, a motorcycle and car show, and skate ramps, as well. Although a free festival, donations benefit the Redwood Teen Challenge's proposed Women's Transitional Center. Elsewhere, The Yokels return to the Mad River Brewery Tap Room at 6 p.m. to play you some rockabilly soul for free. Arts Alive! kicks off in Old Town Eureka around the same time. For those of us not in the Facebook world, we'd be forgiven for not hearing anything about a show happening at the Siren's Song Tavern in Eureka tonight. I was tempted to not even mention the show as way to teach Colin of Electro Saloon a lesson in local show promotion, but seeing as how my wife is the other half of said band, I thought better of it. So let this be a lesson to you other musicians who have been doing this not quite as long as Colin. Some of us find Facebook to be a colossal waste of time — perhaps a column topic someday — and may not surf around that digital data collection monstrosity to find out about your show. Send a quick email (which stands for electronic mail) to music@northcoastjournal.com so this grumpy stick-in-the-mud can help promote your show. If you don't want help, I totally get it. Also on this bill tonight is above-mentioned Gunsafe and fellow locals Belles of the Levee. My wife informs me that the show starts around 8 p.m. and is free. George of Cafe Mokka tells me that they're hosting a duo who've been playing at Mokka for a decade — Kroy of Joe & Me is moving out of the area so tonight at 8 p.m. will be a special show. Hear the Greek tunes of the band before they go their separate ways. It's a free event and kids are welcome.

Jerry Garcia's birthday was just five days ago and the anniversary of his passing is in just three days. So doubly timely is an Acoustic Celebration of Jerry Garcia happening this evening at the Mad River Brewery Tap Room starting at 4 p.m. and running until about 8 p.m. Multiple local performers will be paying tribute to the man, so join them for this free celebration. The Outer Space in Arcata hosts a solo set from Ghost Mice singer/songwriter Chris Clavin who will not only play some folk/punk but will then also speak as the author of Free Pizza for Life and Cursed in Cairo. Other poets and authors will be a part of tonight's presentation which starts at 7 p.m. for just $5.

Local Dead Head Piet Dalmolen is back from the East Coast and playing his guitar for you this evening at the Mad River Brewery at 6 p.m. He does the solo guitar thing with loops and fancy fingerwork. If you leave a tip — it's a free show — I'm sure it'll be easy to get him to pay a tribute to Jerry.

Andy Powell is a congenital music lover and hosts The Album of the Week Show on KWPT 100.3 FM Tuesdays at 6 p.m. He's never been to RotR.