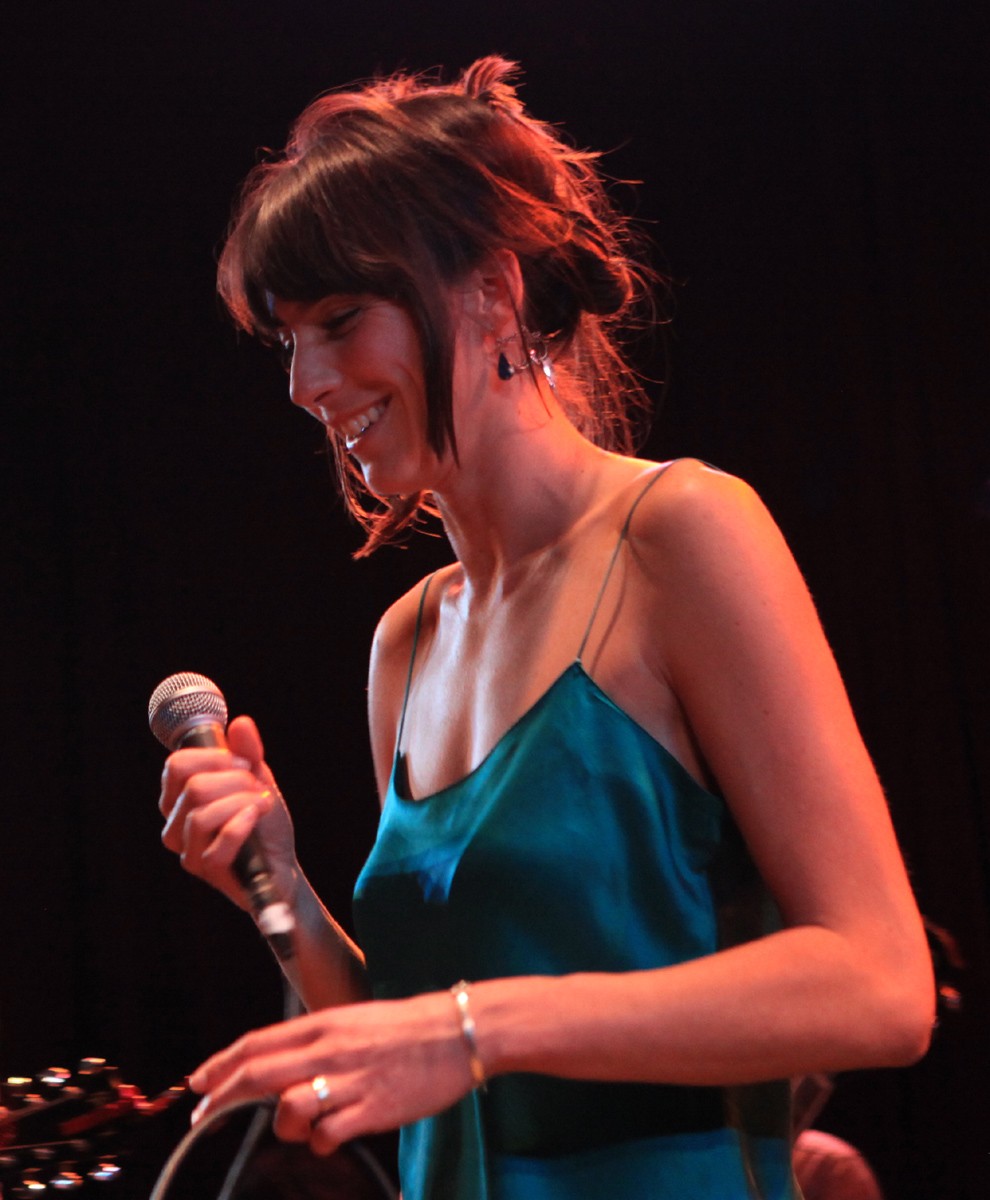 The plan for Saturday night's Winterfest at the Arcata Community Center is so different from last year's it's beyond Winterfest 2.0. You may recall the ambitious 2010 version had a mess of local bands, 13 total, spread over three different downtown clubs -- one wristband got you into all venues. Cool idea, but it didn't quite work. Maybe there were too many choices; maybe the notion of bringing the disparate scenes together was too much to ask. At any rate things have changed: Pretty much the only thing that's the same is the fundraising beneficiary: Coastal Grove Charter School.

In a way, the renamed Winterfest Beer Festival is a revival of the old Bebop 'n' Brew concept. Ten microbreweries (all the local ones plus a few outsiders) offer "tastes" of their wares. Admission gets you a small glass and tickets for a set number of samples. They'll also have southern-style soul food from Sweet Mama Janisse (not included in admission price) and, of course, music, although this time out not much of it's local.

The headliner is Nicki Bluhm and The Gramblers, not exactly a household name, but perhaps familiar to fans of The Mother Hips. A few years back Hips frontman Tim Bluhm heard Nicki sing a blues number at some New Year's Eve party. They subsequently fell in love and somewhere along the way they got married. Tim ended up producing a couple of albums for her: Toby's Song and Driftwood. Her records are full of bluesy folk-soul numbers (think California soul a la the Hips) with her clear, strong voice kind of reminiscent of Linda Ronstadt. She has solid backing from a band that includes bassist Steve Adams from ALO and occasional Hips keyboardist Danny Eisenberg, and even Tim when he's not working with one of his other bands.

Also on the bill, a Portland, Ore. duo called Last Watch with junkyard drummer John Johnson from Hillstomp working similar territory with a different guitarist partner, Scott McDougall. On the local side you have an augmented version of The Fickle Hill Billies with Horns of Justice: Matt Brogden from Vintage Soul on sax and Chris Johnson on trumpet. The ubiquitous samba troupe Samba na Chuva does their Brazilian-style drum/dance thing. They should fit right in with the Mardi Gras theme of the decorations. Carnival-type outfits are encouraged, although that could be as simple as wearing some throw-me-sumthin' beads.

Meanwhile across town at Jambalaya, it's another Night of 1000 Funks with Afromassive plus Bump Foundation and DJ Knutz. The local Afro-funksters will be fresh from a brief but prestigious Cali tour: Thursday they're in S.F. at the Elbo Room; Friday they funk up Mendo's Caspar Inn.

Saturday the Fox has an eco-clothing catwalk music thing, Earth.Fashion.Music, featuring tunes by Baki and Jason Graham, aka MOsley WOtta, which he explains is "a play on the words 'mostly water,' which reflects the belief that we are all made up of the same elements." Local soul/folky Berel Alexander will also sing a few; there's live art by Julia of E², and a performance by cleverly named Fire and Isis Dance Collective.

Backing up to Friday, again there are options galore. Underground Bay Area hip hopper Lyrics Born is on the Cali leg of a world tour behind a new disc, As U Were -- he'll be here for a show the Red Fox Tavern with DJ/graf artist Aera One and locals J the Sarge and DJ Itchie Fingaz.

At Humboldt Brews you have the jammy Moonalice, "a band of hippie musicians from California with no label, no manager, no publicist, no problems and lots of fans" and some stellar players, among them guitarist Barry Sless, drummer John Molo and Pete Sears on keys and bass.

Young rockers Steel Toed Slippers are back in town for a free all-ages show Friday at Mosgo's. They'll also do an in-studio with Mike Dronkers of KHUM 11:30 a.m.-ish Thursday morning.

The dubstep electro-whatever wompage continues: Saturday World Famous and Bonus join forces for a blast at the Arcata Theatre Lounge with Invisible Allies, a collaborative project of Bluetech and Kilowatts (both will also drop solo sets); Lance Herbstrong fills out the bill.

Then next Wednesday, Feb. 23, Rebel Bass Collective brings the bass-heavy party to Nocturnum with Fiji-born breakbeat pioneer FreQ Nasty, crunky dubstepper MartyParty and glitch bass groover Opiuo. RBC says, "Be sure to get there early; MartyParty starts at 10:30 p.m." Is that actually considered early?

The night before, Tuesday at HumBrews, self-proclaimed "Dirty Old One Man Band" Scott H. Biram mashes boot-stomping blues, country, punk and metal into dark good-time music for his First Church of the Ultimate Fanaticism. Scott notes, "My friend Ralph White will also be playing [the tour] so be sure and get to the show in time to catch his set too!" That reminds me, interesting discussion percolating on the HumBrews FB page about the late start time of local shows. Mostly with post-30-somethings commenting.

Same Tuesday night at the Jambalaya, up from San Fran, The Brothers Comatose, a five-piece Americana/folk/bluegrass outfit led by actual brothers Ben and Alex Morrison. The Trouble opens, and you know what that means: trouble (in mind).

Got a p.r. e-mail from Dell'Arte's Gannon Rogers Monday morning (some MFA students are doing a Dell'Arty-type show called Adaptations this weekend at the Carlo). His note included an intriguing P.S.: "Heads up on the Mad River Festival DA show: Mary Jane: The Musical Part 1."

What does it mean? I guessed it might be a work-in-progress from Dell'Artisan Lauren Wilson, who wrote last year's killer show Blue Lake: The Opera, perhaps applying her considerable skills to Humboldt's No. 1 cash crop. I was partly wrong. "Nope, not Lauren," said Gannon. "Mike [as in Dell'Arte Producing Artistic Director Michael Fields] asked some local musicians (Kulica, Lila Nelson, Absynth Q, to name drop) to submit songs... ."

Then "Mike" filled in more details, explaining, "This [is a] 'concert show' in which we would commission 10-12 local songwriters to each write a song about their experience, impressions, P.O.V. on marijuana and this place. And the music would be tied together by Mary Jane, a character who came here in the '60s during the back-to-the-land movement. The intent is to get multiple community perspectives on this and researching community response through music."

To plant another seed, I'm thinking it could also open up a new area for sponsorship/underwriting for some local businesses (hydro-dudes, are you listening?) as grant money for theatre has become harder to acquire. At any rate, it sounds like a show I'd love to see. Mark your calendars: The Dell'Arte Company in Mary Jane: A Musical Part 1 is set to run June 23-July 3 in the Rooney Amphitheatre out back behind Dell'Arte. We'll have a mad ol' time.