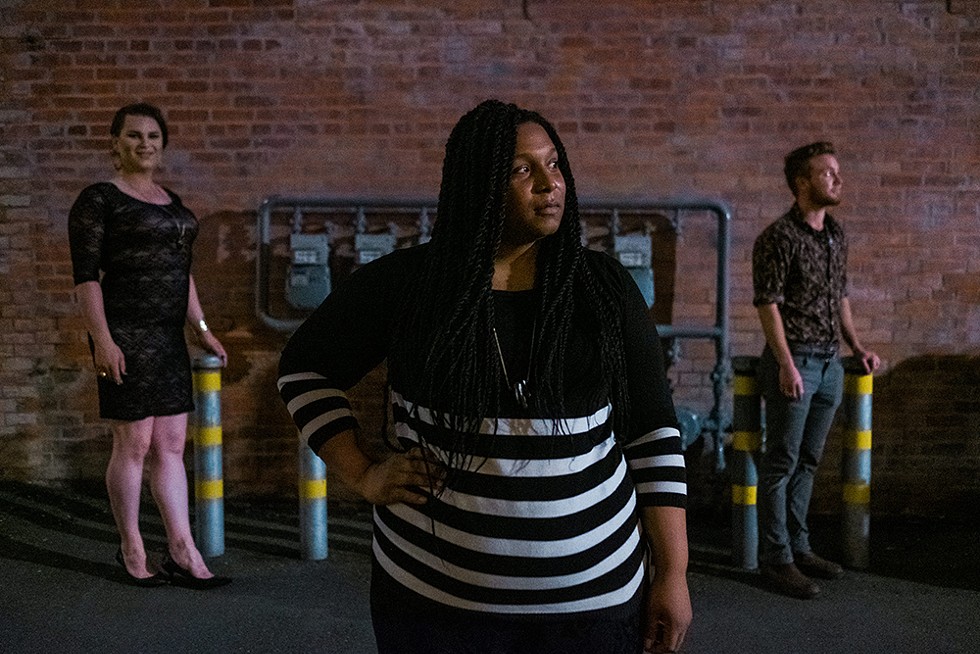 Trans rights are human rights, civil rights. It's that simple.

Consequently, the Trump administration's recent move to narrowly define gender as an "immutable" condition determined by genitalia at birth can only be seen as an attempt to strip the transgender and non-binary citizens among us of civil rights protections. It's an effort to craft a legal definition of sex under Title IX, the landmark federal law that bans gender discrimination in education. If successful, it will enable, aid and legalize acts of discrimination.

And for the 1.4 million Americans who identify as a gender other than the one they were born into — as well as the rest of us who believe in equality and basic human decency — that's a scary prospect. The limited data available tells us this is a population in need of protections.

And in case you think this is just kids being cruel, the survey also found that 46 percent of respondents reported having been verbally abused and another 9 percent reported being the victims of physical attacks in the year prior to being surveyed. Forty percent reported having attempted suicide in their lifetimes. Indeed, for many transgender people in the United States, enduring harassment, discrimination and violence are a fact of life.

Yet so strong is transphobia that so-called "bathroom bills" like the one passed and repealed in North Carolina falsely cast trans women as dangerous predators.

Unsurprisingly, this leads to a decidedly unequitable landscape. Nearly 30 percent of the more than 27,000 survey respondents reported living in poverty, compared to just 12 percent of the U.S. population. They also reported a 15 percent unemployment rate — more than three times the national average.

This is clearly a population in need of protections. It's also growing. While 0.6 percent of the adult U.S. population identifies as transgender, 3 percent of high school students identify as transgender or gender nonconforming, according to a recent study by the University of Minnesota. (If you've got kids, now's a good time to talk to them about what that means and how they should treat each other.)

But this administration is systematically dismantling the few protections these people had. A brief recap: The Department of Justice withdrew guidelines explaining how schools must protect trans students under Title IX; the Department of Health and Human Services rolled back regulations interpreting the Affordable Care Act's nondiscrimination provisions to protect trans people; the Justice Department filed a legal brief arguing the Civil Rights Act does not prohibit discrimination based on sexual orientation and gender identity; President Trump announced via Twitter he would ban transgender people from serving in the military; the Justice Department released a memo instructing its attorneys that federal law does not protect transgender workers from discrimination; and now the administration is attempting to essentially define transgender people out of existence.

If ever there was a moment for cis folks (those born to bodies we feel we belong in) to step up for trans and non-binary people, it is now. There can no longer be any question — our transgender citizens' rights are under relentless attack and they are outnumbered. They have zero representation in Congress and in Trump's cabinet. They don't hold a single governorship or equal representation in any state house.

As you read this week's cover story and look at the photos of the contributors, consider what it took for each writer to smile into the camera knowing some readers will judge them on how they present, whether they're "passing." Each of them already knows the potential scrutiny, harassment and violence they face walking out the door in the morning. All of that is amplified on the cover of a newspaper. Consider that they are sacrificing their privacy — the relative anonymity most of us enjoy, the details of our bodies and emotional burdens known only to our inner circles — by speaking out. As Aydan Ash Tillett notes, it's an act of bravery for some Americans just to be themselves, much less fight for their own human rights and safety.

This is a time for the rest of us to step up to protect the most vulnerable members of our society. Passive tolerance won't keep a bigoted government from stripping a marginalized group of its rights and it won't stop anti-trans violence. We need to call out the vilification of trans folks online and face to face. It's going to take making sure transgender and non-binary people are part of our calculus when we vote or call our representatives, from the White House to the school board.

And if you can offer to literally stand with the transgender people in your life when they don't feel safe, that's something. Just listening to them is a good place to start.