Hoopa's Long Wait for a Grocery Store is Over 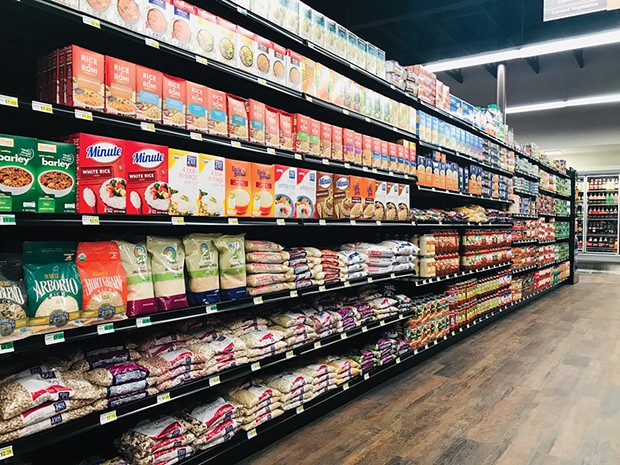 On Monday, semi-trucks lined up outside of the new Hoopa Shopping Center waiting to unload pallets of groceries.

Inside, more than a dozen new employees swiftly stocked shelves, learned how to use the cash registers, practiced frying chicken and worked in their respective sections of the store.

The sounds of drills and hammers echoed as construction workers installed the finishing touches on the coffee bar amid the bustle of the highly anticipated grand opening and ribbon cutting ceremony scheduled for noon Wednesday.

"I've gone into the store a few times since they've started stocking the shelves and each time I feel like I'm starving, like I want to eat everything," Hoopa Valley Tribal Chairman Ryan Jackson said, echoing the the feelings of many in Hoopa, who have lived in a food desert since Ray's Food Store closed abruptly in 2016. 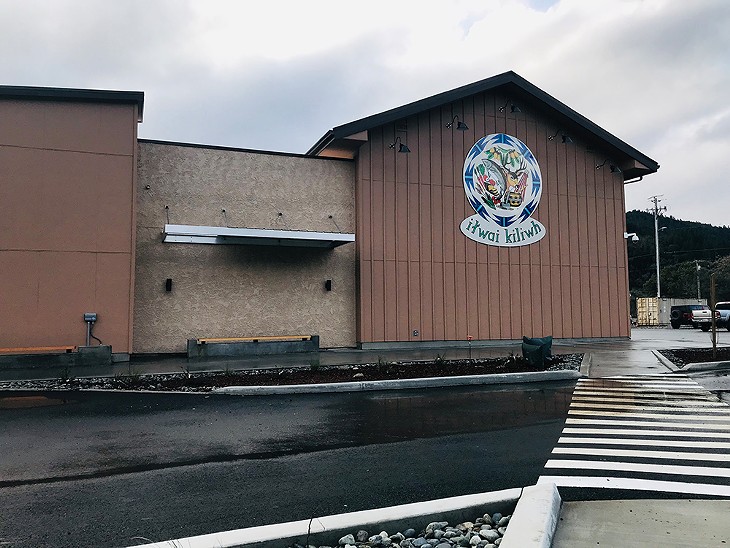 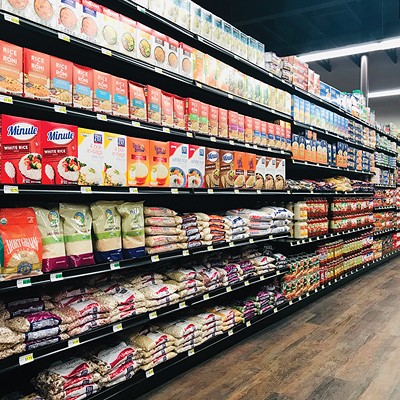 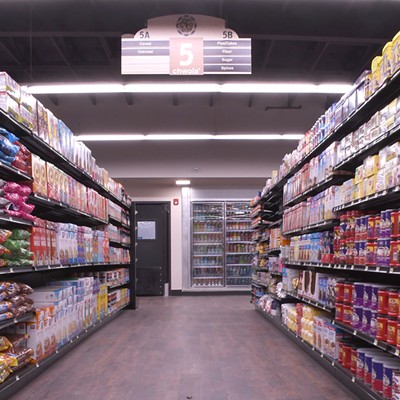 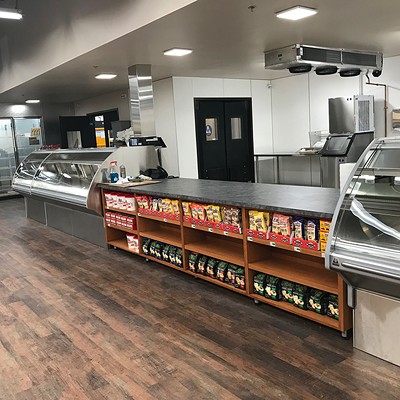 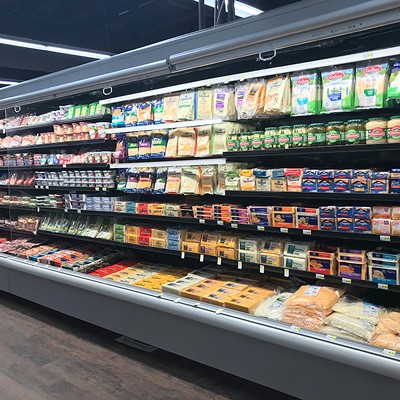 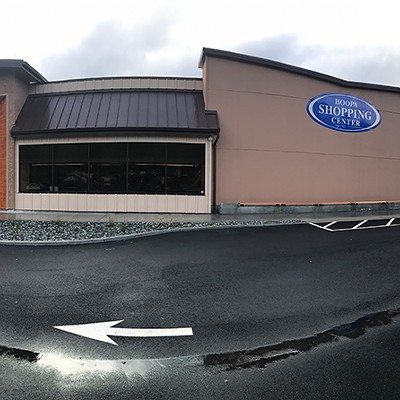 The opening of the new store "iłwai kiliwh" is more than a simple grocery store to the community. It is the fruition of a vision and big step toward improving the health of the community.

"There's a high degree of food insecurity here," K'ima:w Medical Center Diabetes Program Coordinator Vicki Estes-Bruff said. "Indian Health Service has a survey they use for screening purposes and everyone I've given the survey to has documented some level of food insecurity."

Estes-Bruff said a number of things can cause food insecurity, including lack of money to buy groceries, a lack of transportation and a lack of access, all of which are strongly associated with high blood pressure and increased diabetes diagnosis.

Jackson said having more options for fresh produce will impact the community's health in a positive way and relieve some of the anxiety associated with food security issues. Also, owning and operating its own grocery store puts the tribe in the driver's seat when it comes to choosing what types of food to make available to the community — a unique opportunity to improve the community's health.

"Sure, there will be typical grocery store items sold but making healthy items available is a good start at educating folks about consuming foods that are healthier to improve quality of life," Jackson added.

K'ima:w Medical Center holds two cooking classes a month and Tai Chi classes, which include a light meal, three days a week. They have about 300 clients in the Hoopa Valley who are diagnosed with either diabetes or pre-diabetes (Type II). In addition to the classes, the Diabetes Program has a licensed dietician on staff, an open gym and offers lifestyle coaching as a tool to help patients manage and prevent diabetes.

"We have an awful lot of high blood pressure here," Estes-Bruff said. "I think it's because people are stuck eating shelf-stable food. Just having access to more foods will make a big difference."

With the grocery store up and running, Estes-Bruff hopes to add an educational component to the Diabetes Program that includes shopping tours in which participants can learn how to find for healthy food items as part of their treatment and prevention plan.

Planning for the new grocery store began slowly in June of 2016 after the Tribe severed its property lease with Ray's Food Place due to a rodent infestation and subsequent falling out with Rays' parent company, C&K Markets.

After a federal health inspection, it was determined the entire facility would need to stripped down to the foundation and rebuilt. The tribe spent several months troubleshooting and unsuccessfully searching for outside grocers to fill the void.

Suddenly, the community, which includes the Weitchpec, Pecwan and Orleans area, had nowhere convenient or affordable to shop and was forced to buy groceries at local gas stations or travel to Willow Creek to buy basics. What's more, Willow Creek's shelves often ran low and prices were high. Most eastern Humboldt County residents, including many from Willow Creek, travel to Arcata and Eureka for their basic supplies.

The tribe responded by increasing its floor space at the Hoopa Mini Mart Gas Station to add things like toilet paper, canned beans, crackers, tortillas and a selection of frozen foods to its inventory. Many were appreciative and became reliant on the gas station as a grocery store. But, it was a band-aid fix to a gaping wound.

In July of 2017, the Tribe chose to enlist the services of Greenway Partners, a Humboldt County-based planning firm complete with project managers, designers, engineers and financial experts.

Greenway's work in Hoopa began with a series of community meetings, the assembly of a planning team and the development of a site design. Once the design was approved, contracts were put out to bid. DT Builders, a subsidiary of Danco, was selected and construction began last August.

"It's been a longtime coming," Matt Grosjean from Greenway said. "The grand opening is an exciting milestone. This was a huge project to accomplish with only six months of construction. Everybody pushed the schedule pretty hard to get this done on a tight timeline."

Although the timeframe was short, the tribe felt the pressure from an increasingly impatient community. Opening dates were continually pushed back, first from June to October, then to December, then to February. The delays weren't caused by a lack of effort but by unexpected hurdles — the biggest being the parking lot due in large part to flaws in the old parking lot's design and drainage. Delays were also caused by damaged refrigeration units that had to be returned and replaced. There was also a delay in hiring a general manager to oversee store operations.

The Hoopa Valley Tribe's Administrative Assistant Jaclyn Robinson has spent the last six months, or more, immersed in project coordination. She said the tribe has the community at heart at every step, keeping in mind that the tribal members are the store's true owners.

"This is a tribally owned business, so we're the shareholders," Robinson said. "We want to pass that savings onto our members. Our goal is to cover our overhead, stock quality products, prepare for growth while keeping prices competitive so we don't gouge our customers."

The new building is also equipped with energy efficient refrigeration systems and in the coming months the tribe plans to install solar panels, which are projected to bring 40 to 45 percent energy savings.

Jackson said the grocery store will be a new anchor for the downtown Hoopa area and the tribe hopes to facilitate more positive growth in the area. A highway intersection project is planned at the intersection of the grocery store and State Route 96 this Spring and there are ideas swirling to relocate and improve the U.S. Post Office and bank buildings to better suit the needs of the community.

But that's all in the future. In the present, after 32 months without, Hoopa once again has a grocery store open for business.

"Being without a grocery store for so long has made us realize how important food access really is," Jackson said. "And, what a sad state we were in."

Allie Hostler is the editor of the Two Rivers Tribune.