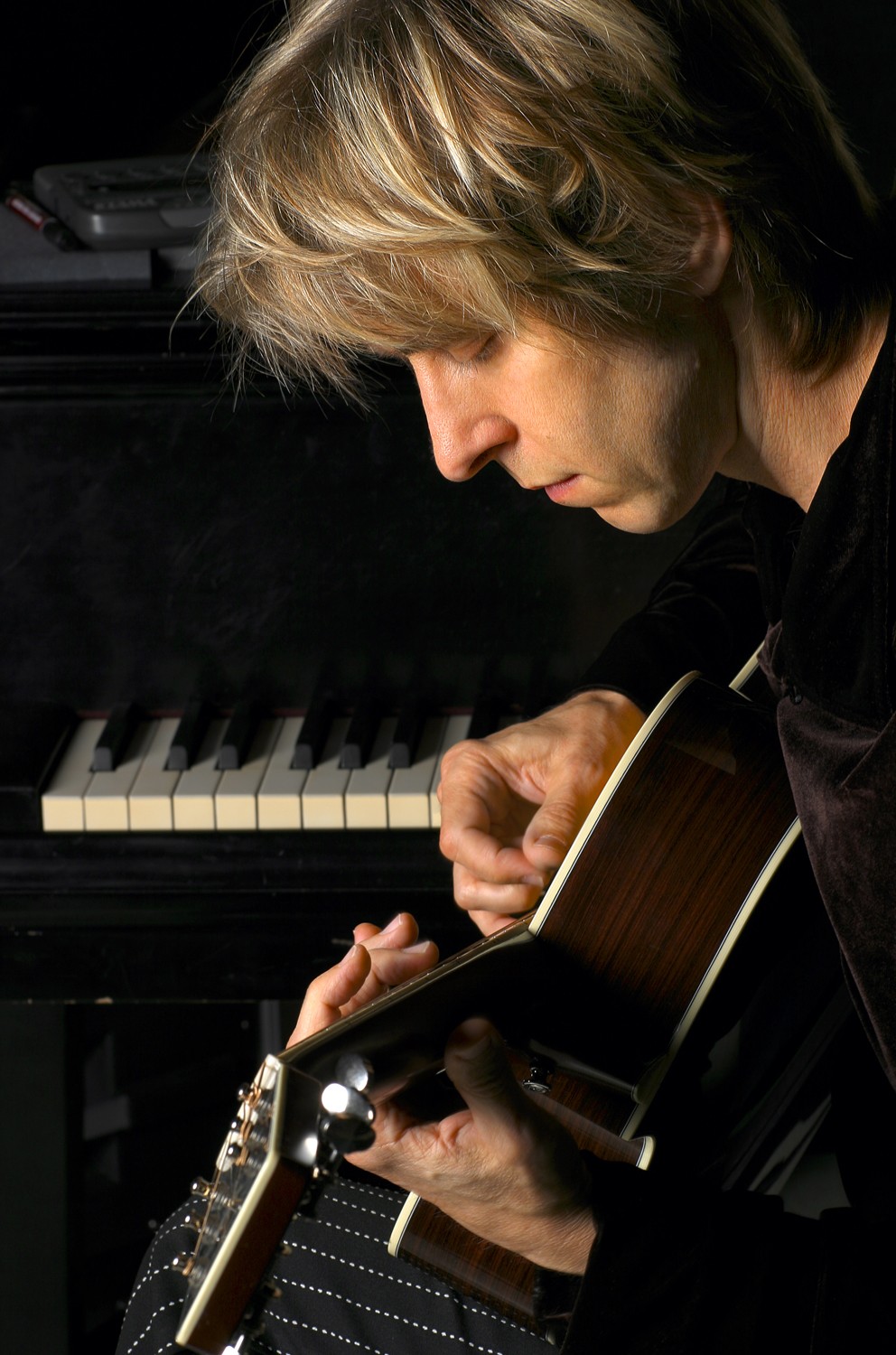 They call the tour "Masters of the Acoustic Guitar." Sure there's a touch of hyperbole -- the word "masters" is almost as overused as "legends" in the concert business -- but there's no doubting the fact that Eric Johnson, Andy McKee and Peppino D'Agostino all have some degree of mastery when it comes to picking out notes on guitars.

With Johnson, the guitars are more typically electric, but he likes to shift gears on occasion. Last fall, when he'd finished his new electric guitar record, Up Close, an eclectic collection ranging from Texas blues rock to jazz fusion, he had a little lag waiting for it to come out.

"There was some time there so I thought I'd go out and do some acoustic gigs that are totally different music," he said, calling from his home in Austin. "I'm actually planning on making an acoustic record this year, a whole set of like folk, bluegrass-type music. It just happened that Peppino and Andy were available. We brainstormed about it and put this tour together."

The common thread is their fingerpicking guitar style -- while all three artists have a different approach, each draws inspiration from all sorts of music. "When I was a kid, my dad, he just loved all types of music, so when I was growing up we'd listen to everything: rock, classical, swing, jazz, show tunes, opera, always a smorgasbord of music," said Johnson. "When I started playing guitar I discovered there's not a single style of music you can't pick and find some magic in it. I like it all."

Some of you may be wondering: What is this fingerpicking they keep talking about? Johnson explained, "You're playing with two or three fingers with your right hand instead of just strumming with a pick. Sometimes that will encompass playing a bass line and a melody line at the same time. The original fingerstyle guys I heard were classical musicians like Segovia; then I was a big fan of James Taylor, Bob Dylan, and guys like Bert Jansch, so I appreciated the folk compositions. Then I kinda got into Chet Atkins and Merle Travis, where they're doing the bass and chord thing at the same time. The acoustic guitar lends itself to fingerpicking and arrangements like that. It's a totally different technique from electric."

Totally different would also be an apt description of Andy McKee's approach to the guitar -- he's sometimes more guitar percussionist than fingerpicker. In the YouTube vid for his signature tune, "Drifting" (35,803,903 views and counting), he taps out melody and harmonic rhythm lines with both hands up and down the neck, keeping the beat in between drumming on the guitar body. Other tunes like "Rylynn" stick a little closer to standard fingerpicking.

Italian-born guitarist Peppino D'Agostino calls his own eclectic style "minestrone." He says it draws on the love of melody he learned back home as well as all sorts of music he's absorbed over the years. "Sometimes it seems a little arrogant to say that you are fusing or putting together different styles, but humbly I must tell you I don't do this rationally," he said when we spoke before one of his first visits to Humboldt. "Say I put [in] a little bit of Irish or a bit of Brazil -- it just comes that way when I compose. I think that you are what you eat in a way, and I listen to a lot of styles, so when I write, people might point out a calypso rhythm with an Italian melody. But it just comes to me that way like minestrone," a hodge-podge soup that's the Italian equivalent of gumbo.

"It's like my mother when she cooks. She's fast and it's almost like she's not thinking -- her hands just grab the stuff and put it in the pot. It's like second nature to her. For me, because of what I've listened to all my life, the music comes out with an international flavor. Frankly I'm happy about this because I believe that there's beauty in all kinds of music."

The Masters of the Acoustic Guitar concert with Eric Johnson, Andy McKee and Peppino D'Agostino takes place on Wednesday, Jan. 19, starting at 8 p.m. in HSU's Van Duzer Theatre. How does it work? "We each do a short set individually, then at the end of the night we play three songs together," Johnson explained. Tickets are $35, $25 for HSU students and can be found at the University Ticket Office (826-3928), at The Works or online at humboldt.edu/centerarts.